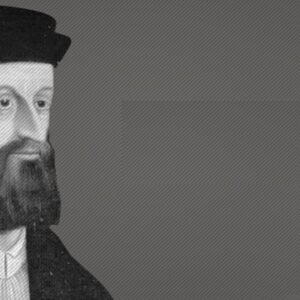 Jon Huss, often known as Jan Hus, was a well-known academic, priest, and church reformer who was born in the late 14th century in Husinec, Bohemia. Scholars assume his name was taken from the town’s name; nonetheless, nothing is known about his early life. Hussitism’s founder is regarded as a pivotal figure in the Bohemian Reformation and a predecessor to Protestantism. Although he came to church in quest of a better life, he quickly realized the necessity of imbibing Biblical principles. As a result, he embarked on a reformation journey, and in doing so, he came into confrontation with the strong clergy. He persisted in his course, opposing the infallibility of an immoral pope, affirming the authority of the Bible over the church, and granting the state the ability to supervise it. His teachings drew a significant following and sparked a schism among the church in Bohemia. He was eventually duped into coming before a council in Constance, where he was captured and burnt at the stake following a false trial.

John Huss was born about 1369 in Husinec, a town in the Czech Republic’s South Bohemian Region, which was then part of the Kingdom of Bohemia. His parents are described as poor peasants by most academics, but no other information about his family is accessible.

Huss began his education in Husinec, according to available records, before continuing his studies in the nearby town of Prachaticz. He then proceeded to Prague, the imperial capital, where he supported himself by singing. He began serving in numerous congregations at the same time.

He enrolled in the Charles University of Prague in 1390, majoring in arts and theology, and graduated with a Bachelor of Arts in 1393, a Bachelor of Divinity in 1394, and a Masters in Divinity in 1396. During this time, he shown a remarkable dedication to his academics. His demeanor was likewise admirable.

Huss began his career as a bachelor’s degree examiner at Prague’s Charles University in 1398. Later same year, he was appointed to the position of Professor of Theology at the same institution.

He must have maintained in touch with the church throughout because he is ordained as a priest in 1400. His purpose was more secular at the time, and he joined the priesthood just to make a nice living and gain respect in society. He pursued his academic career at the same time.

In 1401, he was appointed head of the University of Prague’s philosophical faculty. He was then named Rector of the institution in October 1402, a position he held until April 1403. He served as an advisor to a young nobleman named Zbynk Zajc of Hazmburk at some point during this time.

In 1402, he was appointed a preacher at Prague’s Bethlehem Chapel, which had been endowed in 1391 with the express purpose of giving Czech preaching. It had grown to become Europe’s largest church, with 3000 members and a hub for religious changes, by the turn of the century.

Huss’ interest in religion was piqued by the preaching at Bethlehem Chapel, and he began to study the Bible seriously for the first time. Slowly, he learned the importance of living out the Bible’s teachings. He quickly rose to prominence as a preacher.

This was also the time that he came upon John Wycliffe’s writings, which had been introduced into Bohemia by Czech students who had gone to Oxford to study. Through his writings, Wycliffe, a powerful dissident within the Roman Catholic priesthood, challenged the clergy’s privileged status as well as their ostentatious rites.

Despite the church’s ban on Wycliffe’s works, Huss read them with curiosity. He didn’t agree with everything he said, but he recognized that many church practices needed to be changed. In 1403, he assisted in the distribution of Wycliffe’s ‘Trialogus’, which he translated into Czech.

When Zbynk Zajc became Archbishop of Prague in 1403, his reform effort gained traction. Huss was obligated to report any departure or lack of legality within the clergy to him. As a result, Huss was free to condemn a segment of the clergy for their misdeeds, drawing the wrath of many.

When they complained to the Archbishop, he not only remained silent, but also shielded Huss as he pursued his mission to reform the church. He also chose Huss to be the preacher at the clergy’s biennial synod. Huss gradually gained a following of his own.

On June 24, 1405, Pope Innocent VII issued an order to the Archbishop to combat Wycliffe’s teachings. To comply, he issued a synodal decision condemning Wycliffe and prohibiting future attacks on the clergy.

Huss was unaffected by the synodal decree. Two Bohemian scholars returned from England in 1406, bringing with them a manuscript in which the author lauded Wycliffe’s doctrine. Huss read the letter from the pulpit, bearing the seal of the University of Oxford.

When word of Wycliffe’s heresies reached Rome, Pope Gregory XII wrote to Archbishop Zajc, warning him not just about Wycliffe’s heresies, but also of King Wenceslaus’ sympathy for his followers. The monarch then ordered that Wycliffe’s writings be handed over to the archdiocesan chancery for editing.

Huss obeyed the instruction, despite the fact that he disagreed with many of Wycliffe’s views and condemned their errors. It was thanks to this conduct that he was able to keep the king’s backing. Aside from that, he didn’t have many pals.

By 1407, Zajc had joined the anti-reform movement, bringing with him some of Huss’s old acquaintances, including Stanislav of Znojmo and tpán Pále. While a result, Huss found himself alone, abandoned by his friends, as he rose to the forefront of the reform movement.

Europe, particularly Bohemia, was going through a difficult era at the time. Not only was there a feud between competing popes Gregory XII and Benedict XIII, but the academic climate in Bohemia was largely governed by Germans, which did not sit well with Bohemian academics.

King Wenceslaus commanded strict neutrality in the war between the two popes in 1408, and made it clear that he wanted the University to do the same. The Archbishop and the German professors opposed the order, while the Czech members of the University supported him.

In retribution, King Wenceslaus revised the voting method in the university charter in 1409. It gave Czech members a stronger position, culminating in a mass flight of German academics. Huss was appointed Rector of the University in the same years.

Both Gregory XII and Benedict XIII were ousted by a council of Cardinals in Pisa in 1409, and Pietro Cardinal Philarghi was elected Pope Alexander V. Huss and his followers, as well as the King, accepted Pope Alexander V’s authority. The archbishop and the upper clergy, on the other hand, remained loyal to Gregory.

The Archbishop was irritated by the fact that Huss did not support him. But, without a choice, he too pledged his loyalty to the new Pope, later filing a complaint against Wycliffe’s followers, i.e. Huss, for causing “ecclesiastical disturbances.”

In response, Alexander V issued a papal bull on December 20, 1409, authorizing the Archbishop to prosecute Wycliffe’s followers. He also made it illegal to preach in private chapels, such as the Bethlehem Chapel.

Following the publication of the bull in 1410, the Archbishop wasted no time in destroying Wycliffe’s works and declaring that all copies must be surrendered. His doctrine was rejected, and many priceless documents were burnt. Huss tried to persuade Alexander V to change his mind, but to no avail.

Huss continued to preach at the Bethlehem Chapel despite the ban. King Wenceslaus, who sought to broker a truce, continued to support him. But Pope Alexander V died before anything could be done. Pope John XXIII was succeeded by Baldassare Cardinal Cossa.

At odds with the Romans

The King was able to broker a truce between Huss and the Archbishop in 1411, but it was short-lived. Later that year, John XXIII declared a crusade against King Ladislaus of Naples, rival Pope Gregory XII’s protector. In order to raise funds, he granted indulgences.

As a protest, Huss delivered a lecture entitled ‘Quaestio magistri Johannis Hus de indulgentiis’ in 1412. He declared in it that popes and bishops have no right to conduct war; instead, they should pray for their enemies, praising those who have condemned them.

He also stated in this talk that man receives pardon by repenting, not by paying money, as this ‘indulgence’ amounted to. Encouraged, some of Huss’s supporters set fire to papal bulls, stating that they would rather obey Huss than the Church, which they claimed was made up of corrupt individuals.

In punishment, three of his followers from the lower classes were murdered for openly criticizing the indulgence as a hoax. They were afterwards dubbed “the first victims of the Hussite movement” by the Hussite Church.

With the passage of time, a growing number of Bohemians began to follow Huss. Archbishop Albik, who had succeeded Zajc at the time, tried unsuccessfully to persuade Huss to abandon his opposition. The King also attempted to bring the two warring factions together. Huss, on the other hand, was adamant.

His adversaries have reopened his case before the Curia. Huss was excommunicated because he refused to come before it. Furthermore, an interdict was issued over any location where he may reside, effectively depriving communicants in that area of the church’s sacraments.

The verdict was not taken lightly by John Huss’s supporters. The situation quickly grew violent, resulting in rioting across the country. Huss has now chosen to leave Prague and relocate to the countryside in order to rescue the city. But before he accomplished that, he took a significant stride forward.

He made a direct appeal to Jesus Christ, the Supreme Lord, on October 18, 1412. Although the legislation has little importance today, it gave the Bohemian reform movement a boost at the time because it circumvented the laws and structure of the Christian medieval church.

Following that, Huss lived in southern Bohemia, where he was protected by his friends and supporters and participated in literally activities. He published many polemical treatises against Stanislav ze Znojma and tpán Pále, in addition to some reformatory writings.

While residing in Koz Hrádek in 1413, he composed ‘De Ecclesia,’ a treatise that drew both praise and criticism. It’s also one of his most widely cited pieces.

Huss was called by Sigismund, the Holy Roman Emperor, to present himself before the Council of Constance in 1414 and explain his position. He accepted the invitation despite his initial reluctance since the Emperor erroneously guaranteed him’safe-conduct’ during the voyage to and from Constance.

With Sigismund’s tacit cooperation, he was imprisoned and put on trial once he arrived in Constance. Despite his denials, Huss was labeled a heretic and sentenced to death.

Huss’ rights were taken away from him at a church ceremony on July 6, 1415. After that, he was taken to the execution site and tied on the stake. He died valiantly as the fire devoured him, taking the name of his Lord. Later, his ashes were tossed into the Rhine River.

Between 1419 and 1436, his death sparked an uprising against the papacy in Bohemia, resulting in three wars. Not only did the Hussites win each one, but their numbers continued to grow gradually. Today, he is honored as a martyr whose life and teachings influenced the church’s change.

The Jan Hus Memorial, which can be found in Prague’s Old Town Square, as well as various smaller memorials and statues in many other cities throughout the world, carry on his legacy to this day.

Pope John Paul II expressed “deep remorse for the awful death inflicted” on Huss in 1999, over six centuries after he was crucified.