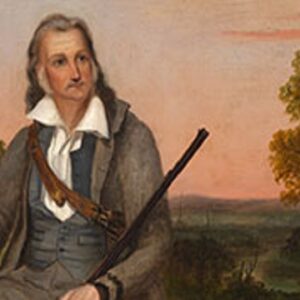 John James Audubon, often known as Jean-Jacques Audubon, was a great contributor to American art and a notable contributor of masterpieces. Audubon grew up with a passion for birds and art, and he went on to become the most renowned illustrator of the nineteenth century. He spent his time in nature, studying and discovering many American birds, and diligently chronicled the species in his books. His work “The Birds of North America” is regarded as one of ornithology’s and art’s finest contributions. Audubon’s life was full of adventures, from trying his hand at a variety of business operations to following his passion for birds and environment. He excelled at what he was greatest at from the time he was born in Haiti to the time he traveled to France, America, and England. He tried his hand at a variety of enterprises and failed miserably in each one. He eventually gave up everything to document birds of America, leaving his wife to care for the family as he supported himself through portrait painting and tutoring. His trips resulted in the publication of his magnum opus, ‘The Birds of America,’ which is now regarded as one of the best ornithological studies ever written.

John James Audubon was born in the hamlet of Les Cayes, on the southern coast of modern-day Haiti, on April 26, 1785. It was part of the French colony of Saint-Domingue at the time.

Lieutenant Jean Audubon, his father, was a naval officer from France who owned a big sugar plantation at Les Cayes. While his legally married wife, Anne Moynet Audubon, stayed in France, he had a slew of mistresses on the island of Saint-Domingue, with whom he fathered an unknown number of children.

John was given the name Jean Rabin after his mother, Jeanne Rabine, a 27-year-old Brittany chambermaid. Jean was reared by his father’s mulatto housekeeper, Catherine Sanitte Bouffard, when his mother died of tropical diseases a few months after his birth. Muguet, another of Audubon’s daughters, was born to her later.

Because of the slave revolts in the Caribbean, Jean Audubon decided to diversify his holdings by purchasing Mill Grove, a 284-acre property near Philadelphia, in 1789. However, as the violence grew worse, he went to France, abandoning his children.

Jean Audubon introduced Jean Rabin and Muguet, both of European descent, to France in 1791. Madam Audubon gladly took them and raised them at La Gerbetiere, their country residence near Nantes in the hamlet of Couron.
Jean Rabin lived the life of a gentleman’s son at Couron, receiving normal schooling as well as violin, dancing, and fencing training. He was a gifted pianist and dancer, but he had little interest in academics and found mathematics to be difficult and boring. Instead, he shown a special affinity for nature.

Jean Rabin has spent his free time collecting bird’s nests and plant specimens in the woods surrounding his home since he was a child. With, he developed a fascination for birds, closely observing them and then attempting to depict them alive and moving on paper.

His father aided him in this endeavor by purchasing an illustrated book on birds, which aided him in honing his skills. Jean Audubon accompanied Jean Rabin on his bird-watching outings, pointing out the birds’ motions and colors, as well as instructing him about their mood and migratory patterns.

Jean Audubon formally adopted the children in 1794, with the help of his wife, altering Jean Rabin’s name to Jean-Jacques Fougère Audubon and Muguet’s name to Rose. He enrolled eleven-year-old Jean-Jacques in the Naval Academy at Rochefort-sur-Mer two years later.

Jean-Jacques spent four years at the Naval Academy. Following that, he was sent to his childhood home in Couron, where he resumed his former interests of bird watching and sketching after failing the officers training entrance examination.

During this time, he is thought to have made around 200 sketches in preparation for a series on French birds. He studied art in Paris with Jacques-Louis David sometime around 1802, according to records.

His father sent him to America in 1803, mostly to evade conscription into Napoleon’s army. He was also in charge of the lead mine on his Mill Grove farm. As a result, he boarded a ship bound for New York on a phony passport later that year.

Jean-Jacques contracted yellow fever throughout the expedition. He was placed under the care of a Quaker woman who owned a boarding home when he arrived in New York City. In exchange for painting lessons, he learned English from her. He also changed his name to John James Laforest Audubon at some point.

Mill Grove, with its vast meadows and tree-covered hills, was a utopia for John James Audubon. He lived the life of a country gentleman here, hunting, fishing, sketching, and playing music, oblivious to the lead mine he was supposed to look over.

He began monitoring and documenting birds once more, wanting to depict them more realistically than most artists. He’d go out early in the morning and return “wet with dew and bearing a feathery prize,” with no regard for the future. Slowly, he began to document their actions.

He was the first person in America to begin bird-banding. He intended to test if eastern phoebes returned to the same breeding sites by tying yarn to their legs. He met Lucy Bakewell, who shared his love, and the two of them began exploring the woods together.

John James Audubon traveled to France in 1805 and began a partnership with Ferdinand Rozier. The pair finally returned to America and continued to work together until 1811. He also met naturalist Charles-Marie D’Orbigny, who helped him develop his taxidermy skills. D’Orbigny also taught him how to do research using scientific approaches.
Audubon resumed his bird research when he returned to Mill Grove. With time, he built his own personal natural museum, complete with stuffed birds, fish, snakes, raccoons, and opossums. He gradually improved his specimen preparation and taxidermy skills.

Because the mining operation was not profitable, John James Audubon and his partner sold a portion of the land, including the house and the mine, in 1807, and kept the rest as an investment. After that, he moved to New York to study about the import-export business, but nothing came of it.

He relocated to Louisville, Kentucky, in 1808. He and his partner tried to open a grocery store there, but bird watching and painting remained his main pastimes.

While living in Louisville in 1810, he met Alexander Wilson, a renowned ornithologist, and discovered the first two volumes of his book, ‘American Ornithology.’ It might have motivated him to write his own book, but he’d have to wait a long time to do it.

Their commercial operation in Louisville could not thrive due to the embargo on British goods. In 1810, the partners relocated their company to Henderson, Nevada. However, the return was low, and Audubon was forced to go hunting and fishing for food, deepening his relationship with nature.

Audubon and Rozier moved to Ste. Genevieve, Missouri, after failing to build their firm in Henderson. They ended their partnership there on April 6, 1811, with Rozier purchasing Audubon’s half. Audubon returned to Kentucky and began working independently.

During a visit to Philadelphia in 1812, he became an American citizen. When he returned, he saw that the rats had devoured his entire collection of artwork. Despite his depression, he returned to work, determined to improve things.
Audubon intended to relocate to New Orleans after that. However, when it failed to materialize, he formed a company in Henderson with his brother-in-law, Thomas Bakewell. He achieved relative wealth from then until 1819, founding a floor mill and purchasing property and slaves.

Ornithology as a profession

Due to the failure of Audubon and Bakewell’s partnership in 1819, Audubon fell insolvent and was imprisoned for a short time. After his release, he began drawing death-bed sketches, an art form that was highly esteemed in those pre-photography days.

After a brief stint as a naturalist and taxidermist at Cincinnati’s Western Museum, he embarked on a trek down the Mississippi in October 1820, armed with a rifle and a paint box, aiming to paint every North American bird. He was accompanied by Joseph Mason, a former student whom he had hired as his assistant.

He traveled across Mississippi, Alabama, Florida, and New Orleans on this tour, supporting himself by sketching charcoal portraits on demand for $5. Mason painted the background scenery while drawing the birds, substantially increasing the work’s worth. Mason’s effort, however, was not acknowledged in the final book.

Mason left him to work on his own in August 1822. Audubon began taking oil painting courses and supported himself by painting portraits while traveling. He continued to paint birds throughout this time, primarily in Louisiana and Mississippi.

In 1824, he went to Philadelphia to try to find a publisher for his writings on birds, but he was turned down. He also met Charles Lucien Bonaparte, who attempted but failed to have him accepted into the Academy of Natural Sciences due to objections from several members, particularly George Ord.

His Works Are Being Published

In 1826, Audubon moved to England with his 250 original works on birds, on the recommendation of Bonaparte and with the help of his wife, in search of financial support as well as professional engravers and printers. Here, he had exhibitions in Liverpool and Manchester, where his work was well-received.

By taking up subscriptions, he was able to quickly generate enough funds to begin printing. The book was published in portions between 1827 and 1838 and was titled ‘Birds of America.’ It was followed by ‘Ornithological Biographies,’ a sequel.

Audubon visited America many times between 1828 and 1839, acquiring fresh materials for the book. He traveled through the Middle Atlantic States in 1829, the Southeast in 1831-1832, a portion of Labrador in 1833, and the Southwest in 1837 during this time.

He bought a 20-acre property in Manhattan in 1841 and remained there until his death in 1851. During this time, he added 65 additional plates to the octavo version of ‘Birds of America.’ He also began work on ‘Viviparous Quadrupeds of North America,’ but was unable to complete it.

John James Audubon is widely known for his monumental work “The Birds of America.” It is divided into eight volumes and contains hand-painted pictures of over 400 birds found in the United States of America. Five of these birds are now extinct.

He used wire and thread to hold the dead birds in lifelike stances while working, eventually drawing them with water color and pastels, as well as pencil, charcoal, chalk, gouache, and ink on occasion. The original version of the book is on permanent exhibit at Trinity College’s Watkinson Library in Connecticut.

When John James Audubon arrived in Mill Grove in 1803, he met William Bakewell, the owner of a nearby house, and his daughter Lucy. He and Lucy grew close over time as they shared many mutual interests. However, they had to wait until 1808 to get her father’s approval to marry.

The marriage had four children: Victor Gifford Audubon and John Woodhouse Audubon, two sons, and Lucy and Rose, two daughters. While the two daughters died while they were young, the two sons would one day assist their father in publishing his work. Audobon’s son, John Woodhouse Audobon, became a naturalist as well.

Audubon’s health began to weaken toward the end of his life, and he began to suffer from dementia in 1848. He died on January 27, 1851, at his family home in Manhattan. He is interred in the Trinity Church Cemetery and Mausoleum near the Church of the Intercession.

In 1899, the area around Mill Grove, where he made his first home in the United States, was named Audubon in his honor. The mansion, now known as the John James Audubon Hub at Mill Grove, is the educational center for the National Audubon Society, which was founded in 1905.

Not just in the United States, but also in France, he has various parks and sanctuaries named after him.
In his honor, the United States Postal Service produced a postage stamp from the Great Americans series number 22.