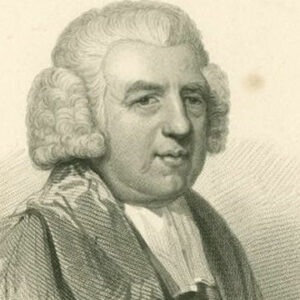 John Newton, a man who had a spiritual awakening on a ship, wrote one of the best Christian hymns, “Amazing Grace.” This hymn had a huge impact on English hymnology. He was a good preacher and a dedicated theologian who was very important to the evangelical movement. William Wilberforce was a good friend of his who fought against slavery and was called an abolitionist because of this. Even though he was involved in the slave trade and captained many slave ships at one point in his life, he later worked to end slavery. He started working on the sea when he was very young. He was a slave for a while and was beaten and tortured, but then he was saved. He also wrote the hymn “Glorious Things Have Been Said of Thee.” Many pieces of art, like movies, books, and plays, show how he lived and what he did.

John Newton was born in Wapping, London, to shipmaster John Newton Sr. and instrument maker Elizabeth. At age six, he lost his mother to tuberculosis.

He later moved to Aveley, where he lived with his father and his new wife. Then he went to a school where kids live in dorms. When he was eleven, his father took him to the ocean.

Before his father stopped working in 1742, he had been on six trips with him. His father wanted him to work on a sugar plantation, but he chose to sail on a merchant ship instead.

In 1743, he was captured by the Royal Navy while he was visiting some of his friends. He was forced to join the navy. He was made a midshipman on the ship “HMS Harwich.”
During his time in the Royal Navy, he tried to get away but failed. For this, he was punished in front of 350 crew members. He was stripped to his waist and made a seaman, which is a lower rank.

He felt bad about himself because of the punishment, so he wanted to kill the captain. He even thought about ending his own life and wanted to jump into the sea. But he got over being embarrassed before either of those things happened.

When the “HMS Harwich” was on its way to India, he was moved to the “Pegasus,” a slave ship that was headed to South Africa. The ship was full of goods and slaves that were going to be sold in England and other places.
Since he gave the crew of the “Pegasus” a lot of trouble, he was sent to South Africa with a slave trader named Amos Clowe, who gave him to his wife, an African duchess named Princess Pete.

He and other slaves of Princess Pete were all beaten and tortured. In 1748, a sea captain saved him after his father asked him to. To get back to England, he got on the “Greyhound,” a merchant ship that carried beeswax and dyer’s wood. During this trip, he had a spiritual change that led him to become an evangelical Christian.

During his trip on the “Greyhound,” he read religious books, like the Bible, to pass the time. When he got to Britain, he fully agreed with evangelical Christianity’s teachings.

After going back to England in 1750, he became the captain of two ships that traded slaves. These ships were called “Duke of Argyle” and “African.” After four years, he stopped going to sea and buying and selling slaves.

In 1755, Manesty got him a job as the tax collector for the Port of Liverpool. He got this job because Manesty thought he would do a good job. He was already well known as an evangelical lay minister at this point.

He asked the Church of England in 1757 to be made a priest. This wasn’t accepted at first, which made him frustrated all the time.
After seven years, in 1764, he met Lord Dartmouth. Lord Dartmouth told the Bishop of Chester about him, and in June of that year, he was made a priest in Olney, Buckinghamshire.

In 1779, he was named the Rector of St. Mary Woolnoth in London’s Lombard Street. In the same year, he also published an autobiography called “The Force of Truth.”
In 1788, he wrote a pamphlet called “Thoughts on the Slave Trade.” In it, he talked about how slaves were taken on ships under very harsh and dangerous conditions.

William Wilberforce led a campaign to end slavery, and he backed him. The Parliament passed the Slave Trade Act in 1807, which he was alive to see.
Together with William Cowper in 1779, he worked on a set of hymns. This work was put together in a book called “Olney Hymns,” which came out the same year.

In 1792, the College of New Jersey gave him a degree called “Doctor of Divinity.”

In 1750, he married Mary Catlett, the girl he had loved since they were young. The wedding was held at St. Margaret’s Church in Rochester, New York.

He took in two of his nieces who were orphaned. Elizabeth and Eliza Catlett were their names.
He wrote an anonymous autobiography called “An Authentic Narrative of Some Remarkable and Interesting Details in the Life of ——— Communicated, in a Series of Letters, to the Reverend T. Haweiss.”

After his wife died, he wrote a book called “Letters to a Wife.” The book came out in 1793.
In the last years of his life, he was sick and had problems with his eyes. He died in London in 1807. He and his wife were both laid to rest at the St. Mary Woolnoth.

He was put in the Gospel Music Hall of Fame in 1982.
In the British TV miniseries “The Fight Against Slavery,” which came out in 1975, actor John Castle played his part.
The actor Albert Finney played his part in the 2006 movie “Amazing Grace.”

Murray Watts was in charge of the play “African Snow” in 2007. The play is acted out as if it were happening inside Newton’s head.

He wrote many well-known hymns, such as “Amazing Grace” and “Glorious Things Are Said of Thee.”