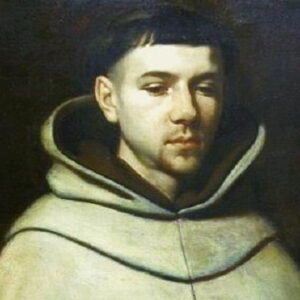 John of the Cross
Leaders

More Facts of John of the Cross

St. John of the Cross, whose birth name was Juan de Yepes y lvarez, was a Roman Catholic saint and a key role in the Counter-Reformation. He was also a renowned mystic and Carmelite friar and is credited with co-founding the Discalced Carmelites with Saint Teresa of vila. John was born into a family of Jewish converts to Christianity and experienced a tough upbringing. He was orphaned at a young age and grew up in terrible poverty. His family suffered further sorrow when his sibling died as well. His mother struggled to raise her remaining children and eventually relocated them to Medina del Campo, where she found a job weaving. John was assigned to a poor children’s school where he studied Christian theory and also served as an acolyte at a neighboring Augustinian nuns’ convent. As a child, he attended a Jesuit school and later entered the Carmelite Order, taking the name John of St. Matthias. Eventually, he ordained a priest. St. Teresa of vila, the famed mystic, sought his assistance in restoring Carmelite life to its original observance of austerity, and together they founded the Discalced Carmelites. St. John was also a poet and is revered in Spanish literature.

JJuan de Yepes y Alvarez was born in 1542 in the Spanish town of Fontiveros, vila. Gonzalo’s father was born into a prosperous family, but when he married Catalina, a poor orphan girl from a lower social level, his family disowned him. As a result of this, John was born into poverty.

When John was a small child, his father died, plunging the family into poverty. Catalina labored alone to raise her children. Another tragedy befell the family a few years later when one of John’s siblings died of apparent malnutrition.

In 1551, his desperate mother brought John and his surviving brother Francisco to Medina del Campo, where she found weaving work. John was assigned to a poor children’s school, where he acquired a fundamental education, primarily in Christian doctrine. He developed an interest in religion while a student and was picked to serve as an acolyte at a neighboring Augustinian nuns’ convent.

From 1559 until 1563, he studied the humanities in a Jesuit school. Additionally, he worked in a hospital. He joined the Carmelite Order in 1563, taking the name John of St. Matthias.

Later Years After professing his monastic vows as a Carmelite in 1564, St. John of the Cross traveled to Salamanca to study theology and philosophy at the university there. In 1567, John has ordained a priest. His initial intention was to join the austere Carthusian Order, which he found appealing due to its emphasis on solitude and silent contemplation.

However, he changed his mind following a journey to Medina del Campo in September 1567. He met the Carmelite nun Teresa of Jesus who was in Medina to found the second of her convents for women. She informed him of her plans to restore the Carmelite Order’s purity by reinstating its 1209 “Primitive Rule,” which had been eased by Pope Eugene IV in 1432.

Teresa asked him to join her in the renovation. After completing his studies in Salamanca, he joined Teresa and accompanied her on her August 1568 journey from Medina to Valladolid. Teresa sought to establish another nunnery in Valladolid. John gained additional knowledge about the Carmelite way of life during his stay with Teresa.

In October 1568, John departed Valladolid with Friar Antonio de Jess de Heredia to create a new monastery for friars, the first of its kind for men according to Teresa’s ideas. On 28 November 1568, the new monastery was founded, and on the same day, John changed his name to John of the Cross.

John then established a new community at Pastrana (October 1570) and another at Alcalá de Henares, which was to serve as a house of studies for the friars’ academic education.
Teresa called him to Avila in 1572, and he became Teresa’s spiritual counselor and confessor. Teresa was now prioress of the Visitation Monastery.

John accompanied Teresa to the establishment of a new monastery in Segovia in 1574 and returned to Avila shortly afterward.
Teresa and John’s reforms, on the other hand, exacerbated tensions among the Spanish Carmelite friars. John was kidnapped from his vila home on the night of 2 December 1577 by a gang of Carmelites hostile to reform. He was imprisoned at the Carmelite monastery in Toledo, the Order’s most prominent monastery in Castile at the time.

He was confined in deplorable conditions and routinely subjected to physical torture. He was kept alone in a tiny suffocating cell ten feet by six feet in size and publicly whipped at least monthly in front of the town. His physical health worsened severely as a result of being fed a substandard meal and not being provided with a change of clothes. Despite these heinous conditions, he maintained his faith and concentrated on creating poems.

He escaped on 15 August 1578 by forcing open the cell door. It took many weeks for him to regain his health, at which point he resumed his reform activism. In October 1578, he attended an assembly of reform advocates in Almodóvar del Campo and was appointed superior of El Calvario.

In 1579, he was appointed rector of a new college, the Colegio de San Basilio, to assist Discalced friars in Andalusia with their studies. He served in this capacity until 1582. In March 1582, he was appointed prior to the friars’ monastery of Los Martires, adjacent to the Alhambra.

In 1585, he created a convent of Discalced nuns in Málaga, carrying on Teresa’s reforms. He was elected Provincial Vicar of Andalusia the following year. He traveled extensively in this capacity and established seven new monasteries in the region. He returned to Castile in 1588 as prior of the house of Segovia and provincial councilor.

St. John of the Cross composed several great poetry during his captivity, including ‘Cántico spiritual (“The Spiritual Canticle”), ‘Noche oscura del alma’ (“The Dark Night of the Soul”), and ‘Llama de Amor viva’ (“The Living Flame of Love”).

Among these, ‘Noche oscura’ is widely considered to be his most well-known composition. The poem is a vivid portrayal of the process by which the soul relinquishes its attachment to everything and eventually ascends to Christ’s glory through the firsthand experience of his Crucifixion.

John Cross is one of the wealthiest journalists and is recognized on Forbes’ list of the most popular journalists. John Cross’s net worth is estimated to be $1.5 million, based on our analysis of Wikipedia, Forbes, and Business Insider.