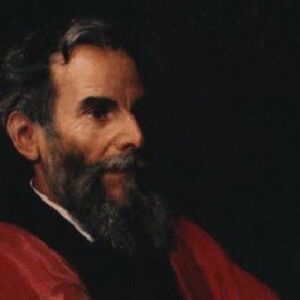 John Venn was a British mathematician, philosopher, and logician who became one of the most influential figures in statistics research. Despite being born into a deeply religious family, many of whose members went on to become clergy, John Venn went on to become an academic, and despite becoming a priest at one point in his life, he was brave enough to resign because he believed his own philosophies did not conform to the church’s beliefs. He remained an important scholar at the prestigious University of Cambridge, where he worked in several disciplines of mathematics, logic, and ‘philosophy of Science.’ Academics, mathematicians, and statisticians still employ John Venn’s work on the models that led to the invention of the famous Venn diagram; in fact, it’s worth noting that some of his findings in mathematics have also been applied in computer technology. Needless to say, John Venn is a modern-day giant whose body of work is still studied in schools and colleges all over the world, despite the fact that he did much of his work in the nineteenth century.

John Venn was born on August 4, 1834, in Kingston upon Hull, Yorkshire, England, to Reverend Henry Venn and Martha Sykes. Venn’s father was a rector of a parish, and his family had a long history of evangelical involvement in the church.
It was only natural for John Venn’s family to be strict disciplinarians, given that they were church evangelicals. Venn enrolled at Sir Roger Cholmeley’s School in 1846, when he was 12 years old. His parents eventually sent him to the Islington proprietary school in London.

In the year 1853, he graduated from high school and enrolled at the University of Cambridge’s Gonville and Caius College.

He graduated from Cambridge University with a bachelor’s degree in mathematics in 1857. He became a fellow at the University shortly after graduation.

Soon after graduating from the University of Cambridge, John Venn served as a fellow in mathematics at the university, and in 1862, he was appointed as a lecturer in ‘philosophy of science’ and logic at Gonville and Caius College.

Initially, John Venn was exclusively involved in teaching mathematics, logic, statistics, and probability theory to Gonville and Caius College students; however, in 1869, he began giving lectures at other colleges at the University of Cambridge. John Venn devised the ‘Venn Diagram’ during this period of his career.

In order to keep the family tradition alive, John Venn became an Anglican priest in 1859, two years after graduating from the University of Cambridge. However, by 1883, he felt that it did not align with his own beliefs on life and spirituality. In the same year, he left the clergy.

Venn’s contributions to the study of logic, statistics, and mathematics were recognized by the academic community in 1883, when the Royal Society awarded him a ‘Doctor of Science’. For most proponents of science, it was considered one of their greatest achievements at the time.

John Venn was well regarded at the institution where he was a student and where he began his academic career, and the college elected him to the position of ‘President of the College’ in 1903. He was in charge of the position for the rest of his life.

John Venn accomplished a lot of research over his distinguished academic career, but his most notable contribution was the invention of the Venn Diagram, which gave rise to a new way of visualizing mathematical and statistical problems. Venn diagrams, named after him, are still widely used not only in academia but also in a variety of other fields.

Following an election, John Venn was designated a Fellow of the Royal Society in 1883, and it remained one of the highest honors for all exponents of science in Great Britain at the time.

In 1868, at the age of 34, John Venn married Susanna Carnegie Edmonstone. John Archibald Venn, the couple’s son, went on to become a well-known economist.

John is one of the wealthiest philosophers and one of the most well-known philosophers. John Venn’s net worth is estimated to be $1.5 million, according to Wikipedia, Forbes, and Business Insider.