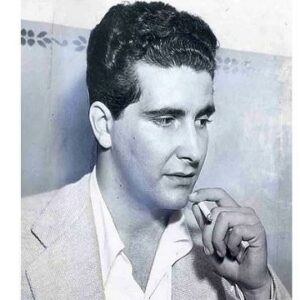 Johnny Stompanato is best known as an underworld figure and enforcer for Los Angeles crime boss Mickey Cohen, but Stompanato was much more than that. Few people are aware that he was once a war hero. Yes, as incredible as it may appear, Stompanato served in the United States Marine Corps. Throughout his life, Stompanato was known as Handsome Harry, Johnny Stomp, John Steele, and Oscar. He used his aliases at various points in his life to conceal his involvement in criminal acts and misdeeds. Stompanato, a philanderer, was well-known for his physical intimidation and verbal abuse. He frequently dated financially successful women twice his age, whom he exploited for his own gain. Stompanato’s private life and relationship status were also a source of contention. He dated a number of women throughout his life before meeting his current partner Lara Turner. Turner met him when she was five husbands old and the mother of a daughter, Cheryl Crane. Stompanato’s insecurities caused such strife in their relationship that he became abusive toward Turner. Crane, who had had enough of her mother’s torture, stabbed him to death at their home as a result of his violent behavior.

Johnny Stompanato was born in Woodstock, Illinois on October 10, 1925, into an Italian-American family. John Sr., his father, owned a barbershop, and Carmela, his mother, was a seamstress. He was the couple’s youngest child, with two older sisters, Grace and Teresa, and an older brother, Carmine.

Johnny’s life was tragically cut short early on. His mother died six days after his birth of peritonitis. Later in life, his father married Verena Freitag.

Johnny Stompanato attended Woodstock High School until he was a freshman, when he was transferred to Kemper Military School for Boys in Boonville, Missouri. He graduated from the same institution in 1942.

Johnny Stompanato enlisted in the United States Marine Corps in 1943 and served with the 1st Service Battalion, 1st Marine Division.

He served in the South Pacific theatre, Peleliu, Okinawa, and later China during the initial years of his service. He was discharged from the service in 1946 while stationed in China.

He took up work as a bread salesman upon his return from China. He relocated to Hollywood, California, in 1947. He later settled in Los Angeles, where he opened ‘The Myrtlewood Gift Shop’ in Westwood. He sold primitive pottery and wood carvings at a low price.

Throughout his life, he owned and operated a variety of businesses—a pet store, a jewelry store, and so on.

Additionally, he used to sell used automobiles and furniture. He also desired a career in Hollywood as a producer.

In October 1956, he traveled to Copenhagen, Denmark, to pursue a sales franchise with a Danish manufacturer of dairy equipment.

Johnny Stompanato had ties to the underworld in Los Angeles. As a result, he was quickly appointed as gangster Mickey Cohen’s bodyguard. Additionally, he served as an enforcer for Cohen’s crime family.

While Johnny Stompanato was Cohen’s bodyguard, he had developed a reputation for himself. He was also well-known in the Hollywood community.

As such, when Frank Sinatra requested that Cohen instruct Stompanato to avoid Ava Gardner, Cohen advised Sinatra to return to his wife and children.

Johnny Stompanato left Cohen in 1952. He then worked as a manager for Helene Stanley, a former contract player for 20th Century Fox. The two had a romantic relationship and were briefly married for two years before parting ways.

Throughout the 1950s, Johnny Stompanato was arrested seven times by the Los Angeles Police Department on a variety of charges. From criminal charges to vagrancy to suspicion of robbery, his name was at the top of the list of criminal suspects for all types of criminal activity at the time. However, he was never convicted of a crime.

He developed a reputation as one of Hollywood’s most popular playboys. He was frequently seen in the arms of beautiful elderly women on whom he depended financially. He was occasionally seen in the company of homosexuals as well, and was thus frequently regarded as bisexual.

He is accused of running a sexual extortion ring out of Chicago for the Fischetti-Capone mob, the Chicago Outfit. He secretly clicked and recorded compromising photos and videos of Hollywood celebrities he had seduced and then blackmailed them with the evidence.

The LAPD characterized him as a notorious pimp, blackmailer, extortionist, and procurer of girls for Cohen’s out-of-town contacts as a result of this.

In 1956, he became the subject of a White Slave Act case brought by the bureau. He was also well-known as a key facilitator of illegal abortion parlours that were allegedly run under Cohen’s auspices.

Johnny Stompanato met his first wife, Sarah Utish, a Turkish woman, in Tianjin, China, while serving as a US Marine. He converted to Islam in order to marry her after falling in love with her.

They married in 1946 and relocated to Woodstock shortly thereafter. Their union resulted in the birth of a son, John Stompanato III. Their marriage lasted only a few years, and they divorced in 1947.

In 1948, he married actress Helen Gilbert. His marriage to Gilbert, however, also failed, as they divorced in 1950.

When Stompanato worked for Stanley as a manager, they developed feelings for one another. In 1953, the two married. They did, however, divorce in 1955.

Johnny Stompanato met actress Luna Turner in 1957. Turner was going through a difficult period in her life at the time, both personally and professionally.

Not only did she divorce her fifth husband, Lex Barker, but she also lost a prestigious MGM contract due to a string of box office duds.

Stompanato acted as Turner’s ‘knight in shining armour,’ assisting her in reversing her fortunes. As a result, the two began dating.

Stompanato and Turner’s relationship was turbulent, characterized by Stompanato’s insane insecurities and anger. The two frequently got into heated arguments and fights.

Stompanato once became so envious of Turner’s relationship with her co-star, Sean Connery, that he staged a scene on the set of ‘Another Time, Another Place’.

Cheryl Crane, Lana Turner’s daughter, was not a fan of her mother’s new romantic interest. Stompanato, she perceived, was a man who rarely opened himself.

She believed he resisted expressing himself and was more concerned with comprehending what others were doing or saying than with openly expressing his own opinion or choice.

The strained relationship between Stompanato and Turner deteriorated to the point where Turner became a victim of Stompanato’s physical assaults. Cheryl Crane stabbed Stompanato to death on 4 April 1958 at their Beverly Hills, California, home.

Crane claimed in a coroner’s inquiry that Stompanato had assaulted her mother. She stabbed him in order to protect her mother from his violent atrocities. Her assertions prompted the coroner to issue a finding of justifiable homicide in the case.

Johnny Stompanato was laid to rest in Woodstock, McHenry County, Illinois, at the Oakland Cemetery. His entire family, including his mother, stepmother, father, and brother, is buried there.

The estimated net worth of Johnny is unknown.