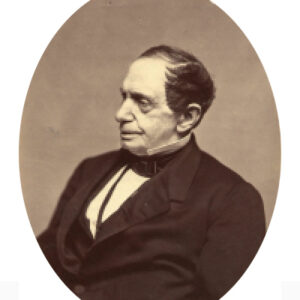 Johns Hopkins was an American entrepreneur and investor who established Johns Hopkins University and Johns Hopkins Hospital after leaving major endowments in his will. His substantial bequests also aided in the formation of academic divisions at Johns Hopkins University, including the Johns Hopkins School of Nursing, Johns Hopkins School of Medicine, Johns Hopkins Carey Business School, and Johns Hopkins Bloomberg School of Public Health. In the late 1800s, he was born to Quaker parents. When the abolitionist movement gained traction in America, his father, a tobacco plantation, liberated his slaves in accordance with Quaker views. Johns, who was just 12 years old at the time, was yanked out of school to help his parents on the plantation. He grew up to be a conscientious, disciplined, and driven young man who learned the principles of hard work and ethics at a young age. While still a youngster, he began assisting his uncle with his wholesale food business and quickly learned that he has exceptional commercial talents. He fell in love with his cousin, but due to social and religious restrictions, he was unable to marry her. To cope with the loss, he immersed himself in his work and amassed a large wealth over time. He was a generous man who believed in giving back to society, and he left huge bequests to Johns Hopkins University and Johns Hopkins Hospital in his will.

Johns Hopkins was born on May 19, 1795, in Anne Arundel County, Maryland, to Samuel Hopkins and Hannah Janney. His grandfather, Johns Hopkins, was the inspiration for his name. His ancestors were members of the Society of Friends (Quakers). His father was a tobacco grower, and his family owned a large plantation with a large slave population.

The abolitionist movement was gaining traction in the United States in 1807, and Quakers were particularly active in it. The Hopkins family emancipated their able-bodied slaves and cared for the other slaves who were sick or feeble in accordance with their Quaker values.

He most likely spent a few years at The Free School of Anne Arundel County, which was located in what is now Davidsonville, Maryland.

He left the plantation when he was 17 to work in his uncle Gerard Hopkins’ wholesale food company in Baltimore. He demonstrated that he was a quick student with a natural aptitude for business.
He fell in love with his teenage cousin and proposed marriage to her while staying at his uncle’s house. In Quaker society, sexual relationships or marriages between first cousins were frowned upon, and his uncle refused to marry his daughter to Johns.

Money was scarce in the late 1810s, therefore some supermarket customers offered to pay for products with booze rather than money. Johns was in favor of the plan, while his uncle was opposed. This led to a severe feud between the two, and Johns eventually left his uncle’s company.

After leaving his uncle’s business, he formed a partnership with Benjamin Moore, a fellow Quaker, and started a business with him. The business, which had been successful at first, came to an end after the two young men disagreed about capital accumulation.

Hopkins & Brothers Wholesalers was founded in 1819 by Johns Hopkins and three of his brothers, who were blessed with a keen business sense. Under his capable leadership, the business prospered, and the brothers were soon selling diverse items in the Shenandoah Valley from Conestoga wagons.

He amassed great riches by investing the profits from his successful firm in many endeavors, notably the Baltimore and Ohio Railroad (B&O). He was a successful businessman to the point where he was able to retire in 1847 at the age of 52.

Johns Hopkins was a businessman, railroad executive, banker, investor, and philanthropist most known for bequeathing huge sums of money to establish two institutions bearing his name: “Johns Hopkins University” and “The Johns Hopkins Hospital.” His $7 million giving was the greatest philanthropic bequest in American history at the time.

Johns Hopkins was a believer in giving back to the community. Following the Civil War, epidemics of yellow fever and cholera swept major American cities, killing hundreds of people. During this time, he understood that his city needed improved medical services.

He was also a well-known abolitionist who was completely committed to the cause. Before the Civil War, he worked closely with two of America’s most famous abolitionists, Myrtilla Miner and Henry Ward Beecher, and was essential in putting President Abraham Lincoln’s emancipatory agenda into action in the postwar years.
He left $7 million in his will in 1870 to establish a free hospital with linked medical and nurse’s training institutes, as well as an orphanage for colored children and a university.

In 1996, “The Wealthy 100: From Benjamin Franklin to Bill Gates – A Ranking of the Richest Americans, Past and Present” rated Johns Hopkins 69th.

He was profoundly in love with his cousin Elizabeth as a young man and wanted to marry her. Marriage between cousins, on the other hand, was frowned upon in Quaker society, and the couple was not permitted to marry. Both Johns and Elizabeth never married and remained friends for the rest of their lives.
Johns Hopkins lived to be 78 years old when he died on December 24, 1873, in Baltimore, Maryland.