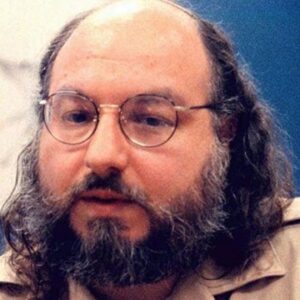 Jonathan Jay Pollard is a former United States defense analyst who was found guilty of spying and passing confidential information to Israel. In 1987, he was sentenced to life in prison for violating the ‘Espionage Act,’ making him the first American to be sentenced to life in jail for passing top-secret intelligence to a US ally. According to Pollard, he acted in such a way that the American intelligence community put Israel’s security at risk by withholding critical information. He stated that he only sent Israel information that was critical to their security. He sold a lot of top-secret government information. He also divulged the identities of thousands of people who assisted US spy services. He also admitted that in some situations, he had supplied paid services to a few other countries. Despite the fact that Israeli officials, a few American lawmakers, an American-Israeli activist groups lobbied for his life sentence to be reduced, many former and current US high officials spoke out against any mercy. On November 20, 2015, he was released after thirty years in prison.

He was born on August 7, 1954, in Galveston, Texas, as the youngest of three children to Jewish parents Morris and Molly Pollard.
His father, a microbiologist, relocated the family to South Bend, Indiana, in 1961 to become a professor at the ‘University of Notre Dame.’

Jonathan Pollard was aware of the ‘Holocaust’ and the horrible implications it had for his family. The family instilled in their children Jewish values and fervor for the sake of Israel.

He initially visited Israel in 1970 as part of a science program at the Weizmann Institute of Science in Rehovot.
He graduated from ‘Stanford University with a bachelor’s degree in political science in 1976.

The Career of Jonathan

After a polygraph test revealed that he used drugs from 1974 to 1978, he was turned down for a job by the ‘Central Intelligence Agency’ (CIA) in 1979. The other reason was his proclivity for fabricating stories, just a few of which suggested he was an Israeli intelligence agent.

Following that, he began studying law and diplomacy at ‘Tufts University in Medford, Massachusetts.
He worked with the ‘Navy Field Operational Intelligence Office’ (‘NFOIO’) in Maryland from September 19, 1979. The ‘NFOIO’ requested information regarding Pollard from the CIA during a background check, but the latter did not disclose it.

In mid-1984, he told Anime Sella, a former fighter pilot in the Israeli ‘Air Force’ who eventually became ‘Director of Operations,’ that he wanted to work as a spy. He began his espionage a few days later, in June 1984, bypassing confidential information to Sella.

For his service, he was given $10,000 in cash and a diamond and sapphire ring. His benefits and other advantages eventually increased, including a $2,500 monthly paycheck.

In October 1984, he was assigned to the ‘Naval Intelligence Command’ as an analyst in response to his application.
In 1985, his espionage was first suspected by a coworker, then by his superior, and he was investigated by the FBI.

He told his wife Anne to get the secret documents out of the house before a possible search. Despite Anne’s efforts to move the majority of the records to a naval officer neighbor, the FBI obtained some documents that went unreported by Anne.

Pollard acknowledged espionage with Israel when he was requested to take a polygraph test. Meanwhile, his next-door neighbor, alarmed by Anne’s suitcase full of documents, contacted military intelligence and later collaborated with the investigation.

He and his wife Anne attempted to seek sanctuary in the Israeli Embassy on November 21, 1985 but were turned away by Israeli guards. Pollard was apprehended by FBI officers when they exited the embassy, but Anne managed to flee.

When Anne told Sella and three other people about the situation, they all left the country within 24 hours, and Anne was arrested on November 22, 1985.

Pollard sent top-secret material to South Africa, stole data connected to China for his wife’s business gains, and tried to transact sensitive information with Pakistan multiple times, according to Ronald Olive, an investigator with the ‘Naval Criminal Investigative Service.’

In 1985, he contacted an Iranian and three Pakistanis to broker an arms trade, according to investigators.
Pollard’s espionage was discovered to have jeopardized material relating to the sources and methods used by American intelligence in the acquisition of information. He also took a copy of the most recent edition of Radio-Signal Notations.

He also obtained a ten-volume ‘National Security Agency’ guidebook outlining the methods by which America gathers its signal intelligence. He revealed the names of tens of thousands of people who assisted the US spy network.

During his trial, Australian officials acknowledged that Pollard provided sensitive information from the US to one of their Royal Australian Navy officers, which Pollard later admitted.

Later, he promised to participate in the investigation and asked for his and Anne’s release.
Judge Aubrey Robinson, Jr. sentenced Pollard to life in prison on March 4, 1987. Anne was sentenced to five years in prison, but she was released after three and a half years owing to health difficulties.

Israel attempted to free Pollard on several occasions, including a three-way exchange proposal in 1988, a 1990 offer to swap Pollard with US spy Yosef Amit, who was originally an Israeli military intelligence officer, and a 1995 three-way exchange plan.

His application for Israeli citizenship in 1995 was approved on November 22 of that year.
Israel continued to deny Pollard’s involvement, but in May 1998, Israeli Prime Minister Binyamin Netanyahu acknowledged Pollard’s role as an Israeli spy.
Pollard submitted multiple motions and petitions over the years, but each time he was denied freedom.

Several pro-Israel organizations, Israeli officials, and some US politicians advocated for his release or clemency, while many previous and current US senior officials opposed any amnesty for him, claiming that his espionage was motivated by greed rather than patriotism.
Pollard was freed from prison on November 20, 2015, after thirty years in prison.

In Venice, Italy, on August 9, 1985, he married Anne Henderson, with whom he had been romantically involved for some years.
Pollard chose to divorce Anne because he was facing a life sentence, and the divorce was finalized in 1990.

After that, he married Canadian activist and teacher Esther “Elaine” Zeitz. Esther, who organized Pollard’s release effort and staged a public hunger fast in support of him, was frequently questioned as to whether she was lawfully married to him.