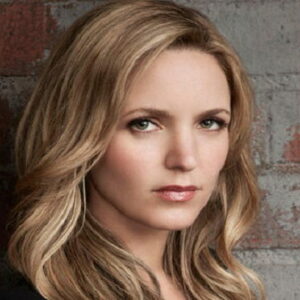 Jordana Ariel Spiro is an American actress and director who is best known for her performance in the comedy series My Boys. She has directed and produced a number of short films and documentaries. She was awarded a $5,000 Women In Film/CalmDown Productions Grant for her work on the short film Skin,’ which follows a teenage taxidermist and small-town recluse whose art is admired by a girl. Additionally, Jordana is a recipient of the Adrienne Shelly Foundation Fellowship. Before achieving notoriety, she appeared in various television programs as a trained actress. In an episode of ‘Maybe This Time,’ she made her television debut as Chase. Following her brief role in the television film ‘Last Chance,’ she was cast in ‘If These Walls Could Talk.’ She had recurrent roles on the popular television programs ‘Buffy the Vampire Slayer and ‘Beverly Hills, 90210’ before appearing in ‘City Guys’. Her portrayal as a doctor in the television series ‘The Mob Doctor’ catapulted her to popularity. She was cast as the clever and attractive P.J. Franklin in the television series ‘My Boys’. She was also cast as the lead in the two-hour pilot for USA Network’s “The Wilding.” In addition to acting, she also enjoys photography.

At the Circle in the Square Theater School, she studied acting. She also studied acting briefly at the Royal Academy of Dramatic Art in London. She came to Los Angeles after completing her education and received training at the Odyssey Theater. Later, she completed the MFA Filmmaking Program at Columbia University.

In the 1999 direct-to-DVD prequel to the film ‘From Dusk till Dawn,’ Jordana Spiro made her acting debut as Catherine Reece in the film ‘From Dusk Till Dawn 3: The Hangman’s Daughter’ Prior to this, she had appeared in a couple of television programs as a guest star.

In 1999, she also participated in the American anthology television series Undressed,’ which aired on MTV from July 1999 to September 2002. Jennifer Harper wrote and directed the 2003 thriller film ‘Playas Ball’, in which she was cast.

In 2005, she rose to attention for her performance as Sherry in the romantic comedy film Must Love Dogs. In 2006, she portrayed a sports columnist in Chicago in the TBS original comedy series ‘My Boys,’ an American television sitcom. Unfortunately, the sitcom was discontinued after four seasons on September 14, 2010.

In 2009, she appeared in Neal Brennan’s comedy “The Goods: Live Hard, Sell Hard,” written by Andy Stock and Rick Stempson and directed by Neal Brennan. The film was first named The Goods: The Don Ready Story and was released on August 14, 2009, in the United States. A DVD version was also made available. The film garnered poor reviews from the media.

In 2012, Jordana Spiro rose to prominence for her performance in “The Mob Doctor,” an American television drama that ran on Fox TV from September 17, 2012, to January 7, 2013. The series was based on Ron Felber’s book “Dottore: The Double Life of a Mafia Doctor,” developed by Josh Berman and Rob Wright. Jordana played Grace Devlin, a surgeon who joins the Chicago mob in order to repay her brother’s debt and preserve his life.

In 2013, she starred in the CBS legal drama ‘The Good Wife’ She portrayed the recurrent character of Jenna, a strong, witty, and intelligent police detective who is not opposed to mixing business with pleasure and who occasionally breaches professional boundaries to obtain information.

She has also appeared in guest appearances on ‘CSI: NY,’ ‘City Guys,’ ‘Out of Practice,’ ‘Kitchen Confidential,’ ‘Cold Case,’ and ‘JAG.’
Numerous short films and documentaries were made and produced by Jordana Spiro. Her short film ‘Skin’ depicted a straightforward love story in which a young taxidermist longs to connect with the girl of his dreams, but instead resorts to extreme measures.

Although Jordana was relatively inexperienced as a director when she made this short, she was awarded the Women In Film/CalmDown Productions Grant. The film premiered at the Sundance Film Festival and subsequently screened at SXSW, AFI, and Palm Springs.

In 2014, Sundance enrolled her in their Screenwriters’ Lab, and she subsequently penned her first feature film script, ‘Night Comes On.’ She began filming in Philadelphia in April 2014. The film is scheduled for release in 2018.

The film, which was financed by the Sundance Film Institute and the New York State Council on the Arts, is about two young sisters attempting to find their place in the world without their parents. Despite facing numerous hurdles and heartbreaks, the girls’ bonds of sisterhood and resilience prevail.

In 2015, she portrayed the lead role in USA Network’s spooky two-hour thriller ‘The Wilding’ She portrayed Margaret Hayes, a psychiatrist whose adolescent daughter has been diagnosed with a delusional condition that she cannot treat. In addition, she had a recurring part on the NBC popular thriller show Blindspot.

In 2017, she portrayed Rachel Garrison in ‘Ozark,’ a crime drama thriller web series written by Bill Dubuque and produced by Media Rights Capital.

Jordana Spiro is best recognized for her roles in the popular television shows ‘My Boys,’ ‘The Good Wife,’ and ‘The Mob Doctor’ on Fox.

Her debut short film as a director, “Skin,” was not only well received by critics, but also garnered her multiple accolades and nominations. The international premiere of the film occurred at the Sundance Film Festival. The film was praised by critics as “beautiful, emotionally powerful, yet sensitive.”

In 2007, ‘My Boys’ earned Jordana Spiro the Gracie Allen Award for Outstanding Female Lead in a Comedy Series.
Skin, her short film, won the Horizon Award at the 24fps International Short Film Festival in 2013 for Outstanding Student Film.

Matthew Spitzer is married to Jordana Spiro. Other information regarding her family life is unavailable to the media.
She taught English for three months in a Tanzanian hamlet in 2005, as she has a passion for travel. “I am in awe of the African AIDS educators that teach there year after year. This encounter altered my life forever “Jordana revealed in an interview.