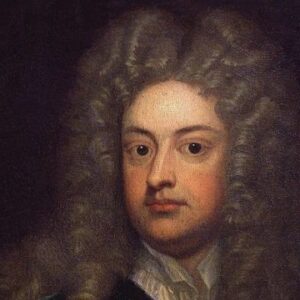 Joseph Addison was a renowned English poet, author, playwright, politician, and classical scholar of the 18th century. Together with his friend Richard Steele, he co-founded the daily publication The Spectator. He is regarded as one of the finest periodical essayists. During that era, ‘The Spectator’ became a popular and widely-read journal. He produced more than 274 essays to ‘The Spectator’ and also contributed writings to ‘The Tatler’. It is thought that his epic play ‘Cato, a Tragedy’ was the literary inspiration for the American Revolution. In addition to ‘Account Of The Greatest English Poets,’ ‘The Campaign,’ and ‘Dialogue on Medals,’ he has also written the unsuccessful opera libretto ‘Rosamund.’ He served as Undersecretary of State, Commissioner of Appeals, Member of Parliament, secretary to the new Lord Lieutenant of Ireland, Lord Wharton, and Secretary of State for the Southern Department in the administration of the first Earl of Halifax. He was renowned for his noble nature and cool demeanor. In addition, he helped found the English literary group Kit-Cat Club, which had strong political ties.

Joseph Addison was born in Milston, Wiltshire, to Reverend Lancelot Addison, who was subsequently appointed Dean of Lichfield. The family quickly relocated to the cathedral close.

In the same year he graduated from Magdalen College, he wrote a poem to the English poet and literary critic John Dryden. He wrote “Account of the Greatest English Poets” and translated Virgil’s “Georgics” the following year.
After Dryden, Lord Somers, and Charles Montagu, 1st Earl of Halifax took interested in his work, he got a pension of £300 in 1699. He traveled Europe on his pension in search of a diplomatic job.

Upon the death of William III in 1702, he lost his pension because his prominent contacts were no longer employed. He returned to England the year after.

After his 1703 return to England, he was unemployed for more than a year. Later, the government commissioned him to compose a memorial poem, and he subsequently composed “The Campaign.”

His appointment as a Commissioner of Appeals in the cabinet of Charles Montagu, the first Earl of Halifax, followed the rapid success of his poem “The Campaign.” Later, he composed a literary essay about his travels to Italy and the libretto for the opera “Rosamund.”

He was appointed as Undersecretary of State in 1705. In the same year, he also accompanied Charles Montagu, 1st Earl of Halifax, on a mission to Hanover.
In 1707, his opera libretto ‘Rosamund’ premiered in London without favorable reviews or success.

In Lostwithiel, he served as the representative for the rotten borough, a minor constituency inside the Unreformed House of Commons, from 1708 to 1709.
Richard Steele, an Irish author and politician, published the British periodical Taler in 1709. He started contributing regularly to this literary and social newspaper.

In London, he helped start the Kit-Cat Group, an English literary club. The club’s inaugural meeting was placed at a bar on Shire Lane, and it had strong political links.
Later, he was appointed secretary to the new Lord Lieutenant of Ireland, Lord Wharton, and Keeper of the Irish Records. In addition, he became a member of the Irish House of Commons.

Beginning in 1710, he represented Malmesbury, a parliamentary borough in Wiltshire, his native county. He held this job till his passing.

Together with the Irish author and politician Richard Steele, he co-founded the daily newspaper The Spectator in 1711. The publication’s first issue debuted on March 1, 1711.
In 1712, he completed the play “Cato, a Tragedy.” The following year, the play premiered and became an instant hit. Later, he wrote the comedy, “The Drummer.”

From 1717 until 1718, he served as the Southern Department’s Secretary of State. Due to bad health, he resigned from the job in 1718. Additionally, he authored “Dialogue on Medals” and “Evidence of Christianity,” unfinished works.

His seminal work, “Cato, a Tragedy,” was a hit throughout England, the New World, and Ireland. The play is frequently cited as a literary influence on the American Revolution.
He co-founded the daily journal The Spectator, which was well-received and popular at the time. The newspaper is the most widely read publication, with an estimated tenth of the population reading it.

He married Dowager Countess of Warwick in 1716.
He passed away at the Holland House in London at the age of 48. He was laid to rest at Westminster Abbey in London’s City of Westminster.
Middletown, New York, a town in upstate New York, was renamed Addison, New York, in March 1796.

After the death of the Austrian banker and collector Albin Schram in 2005, numerous letters from historical people were discovered. In addition, one of Addison’s letters was located.

Joseph is one of the wealthiest and most popular playwrights in history. According to our research, Wikipedia, Forbes, and Business Insider, Joseph Addison has an estimated net worth of $1.5 million.

Together with Richard Steele, this prominent essayist and politician of the early 18th century launched the periodical The Spectator.