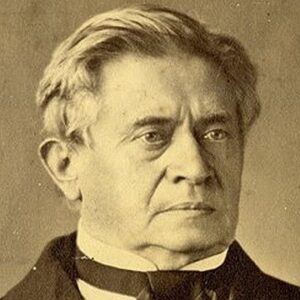 Joseph Henry’s achievements are unimaginable in a period when American science was relegated to the elite’s hobby or as a response to the nation’s need for expansion in the fields of agriculture, navigation, and exploration. His breakthrough in the realm of electric circuits is unique and excellent, making him the second most influential American scientist behind Benjamin Franklin. Henry is well-known for his electromagnetic study, in which he discovered the phenomena of self-inductance. He is also credited with developing the electric motor, the electric doorbell, and the electric telegraph. Joseph Henry, a founding member of the National Institute for the Promotion of Science and a forerunner of the Smithsonian Institution, made immeasurable contributions to the advancement of American science during his time there. In the following paragraphs, learn more about this notable scientist.

Joseph Henry was born in Albany, New York, to Scottish immigrants Ann Alexander Henry and William Henry. From the start, he was dedicated and hardworking. The family was not well-off, and his father’s sudden death added to the family’s financial woes. As a result, Henry moved to Galway, New York, to live with his grandmother, where he spent the rest of his youth.

He went to school in the morning and worked at a general shop for the remainder of the day. Henry began his apprenticeship as a watchmaker and silversmith at the age of thirteen. Joseph Henry was passionate about theatre and on the verge of pursuing it professionally when he came upon the book “Popular Lectures on Experimental Philosophy.” His curiosity with the book was so strong that he vowed to study more about it.

In 1819, Joseph Henry enrolled in the Albany Academy, where he received free tuition. However, this did not alleviate his financial difficulties. As a result, Henry embarked on private tuition jobs to supplement his income. Henry had planned to major in medicine, but after being selected as an assistant engineer for the survey of the State road being built between the Hudson River and Lake Erie, he changed his mind.

He was encouraged to pursue a career in civil or mechanical engineering after that. Joseph Henry was a brilliant and genuine student who excelled in his studies to the point that Principal T. Romeyn Beck named him as Professor of Mathematics and Natural Philosophy at The Albany Academy in 1826. Henry completed some of his most important studies during his time as a professor.

Henry researched in several areas of physical science at Albany Academy before becoming interested in electromagnetism. His interest in terrestrial magnetism grew, and he began experimenting with magnetism in general. To build a more powerful electromagnet, Joseph Henry was the first to wrap insulated wire tightly around an iron core.

He is reported to have used silk pieces from his wife’s petticoats to insulate the wires, which is amusing. Returning to the issue, Henry’s action was critical since it enhanced William Sturgeon’s electromagnet notion, which relied on loosely coiled uninsulated wire. This was demonstrated by the fact that a bell rang when an electrical current was sent through one mile of wire to trigger an electromagnet. The first successful operation of the electric telegraph can be attributed to this.

By carefully discriminating between “quantity” circuits of high amperage and “intensity” circuits of high voltage, Henry devised what we now know as impedance matching. Using this approach, Henry went on to create the strongest electromagnet of the time, capable of holding up to 750 pounds of iron while requiring just a small and inexpensive battery. He also established the fact that when an electromagnet with just two electrodes is connected to a battery, numerous coils of wire should be wound in parallel. When employing a set-up with numerous batteries, however, there should only be one long coil.

Henry constructed one of the earliest devices that employed electromagnetic for motion based on his newest electromagnetism ideas. The machine’s operation was based on the to and fro motion of an electromagnet hanging on a pole, which was the most rudimentary type of modern-day DC motor. One of the two leads on both ends of the magnet rocker touched one of the two battery cells, creating a polarity shift and rocking in the opposite way until the other two leads struck the other battery. Henry discovered the property of self-inductance as a result of this. Henry is also said to have started an early version of Ohm’s law on his own.

Henry realized that the circuit’s design, particularly the wire coiling, had a significant impact on self inductance. By folding the wire back on itself, he found how to construct non-inductive windings. A British scientist named Michael Faraday was working on something similar at the same time. Because Henry took so long to publish his findings, Faraday was named the official discoverer of the phenomena. Henry is credited with discovering self-inductance, whereas Faraday is credited with discovering mutual inductance (the foundation of transformers).

Henry became a professor of natural philosophy at College of New Jersey (later known as Princeton University) in 1832. He was able to complete his research because of the position. Henry discovered the rules that the transformer is built on when he was there. He also discovered that currents could be created at a distance, and that a lightning flash eight miles distant could be used to magnetize a needle. This experiment is often regarded as the first long-distance transmission of radio waves.

During this period, Henry wrote a series of studies on capillarity, phosphorescence, sunspot heat, the aurora, and other topics. Henry established the relative temperatures for different sections of the solar disk with Professor Stephen Alexander’s help. Sunspots were found to be colder than the surrounding regions using a thermopile.

In 1846, Henry accepted a position as Secretary of the Smithsonian Institution, which was still in its infancy at the time. Following that, Henry spent the most of his life providing scientific advice to political organizations, particularly on practical concerns, and striving to prevent the Smithsonian from becoming exclusively curatorial.

Henry formed and headed an organization of volunteer weather watchers, whose success led to the establishment of the United States Weather Bureau (later Service). During the American Civil War, Henry was one of Lincoln’s top technical advisers. He was also the second president of the National Academy of Science, which he helped to create. Henry labored to guarantee that America supported science, not just in its applied but also in its pure form, as a director of the Smithsonian Institution and as President of the National Academy of Sciences, which he held from 1867 until his death.

On May 13, 1878, Joseph Henry passed away. He was laid to rest in the Georgetown neighborhood of northwest Washington, D.C.’s Oak Hill Cemetery. The United States Coast Guard recognized him by naming a cutter after him in recognition of his contributions to lighthouses and fog signal acoustics. The Joseph Henry cutter, affectionately known as Joe Henry, was built in 1880 and served until 1904.

Joseph is one of the wealthiest engineers and one of the most well-known. Joseph Henry’s net worth is estimated to be $1.5 million, according to Wikipedia, Forbes, and Business Insider.