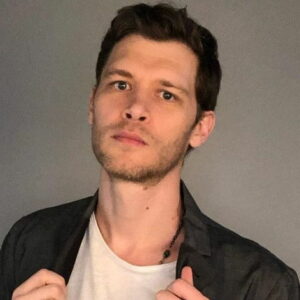 Joseph Morgan is a British actor, director, producer, and screenwriter best known for playing Klaus Mikaelson in the television series ‘The Vampire Diaries’ and its spin-off ‘The Originals.’ Morgan began his acting career in the early 2000s with tiny appearances in TV shows such as ‘Spooks’ and ‘Hex,’ before moving on to more prominent roles in shows such as ‘Doc Martin’ and ‘Casualty.’ His first major film roles were in supporting roles in films such as “Master and Commander: The Far Side of the World” and “Alexander.” Moving on, he landed the title part in the TV miniseries ‘Ben Hur,’ but it was his performance as Klaus Mikaelson in the popular supernatural TV series ‘The Vampire Diaries,’ which won him worldwide fame and notoriety. His outstanding performance in the series led to him not only reprising his part in the spin-off ‘The Originals,’ but also becoming the lead character in the latter. He appeared in a number of additional films throughout the years, including starring roles in ‘Armistice’ and ‘500 Miles North.’ In the short film ‘With These Hands,’ he served as producer and writer, and in another short film, ‘Revelation,’ he served as director and writer.

As the oldest child of painter Nick Martin and Sarah, Joseph Morgan was born Joseph Martin on May 16, 1981 in London, England. He has a sister named Crystal and a brother named Jack.

He spent his early years in Morriston, Swansea. He went to the ‘Morriston Comprehensive School’ in Cwmrhydyceirw, Wales, where he studied. Following that, he enrolled at ‘Gorseinon College’ (now known as ‘Gower College Swansea’), where he studied BTEC Performing Arts.

He returned to London in his late teens to pursue acting at the ‘Central School of Speech and Drama,’ which is part of the ‘University of London.’

He ventured into the big screen while attempting to build a name for himself on television. He played William Warley, Captain of the Mizzentop, in the Academy Award-winning all-male cast American film ‘Master and Commander: The Far Side of the World,’ which was released on November 14, 2003.

In 2004, he played Philotas in Oliver Stone’s epic historical drama picture ‘Alexander,’ based on ‘Alexander The Great,’ in which he also starred alongside Colin Farrell. In the same year, he starred as Troy in the British TV series ‘Hex,’ which earned mostly excellent reviews.

In the years that followed, he continued to appear in minor and supporting roles in various TV series. Acting credits include Callum in ‘William and Mary,’ Jasper in the miniseries ‘The Line of Beauty,’ Matthew Williams in ‘Silent Witness,’ Mick Mabley in ‘Doc Martin,’ and Tony/Tony Reece in ‘Casualty,’ among others (2008-2009).

He played Alfie in the BBC Four television play ‘Kenneth Williams: Fantabulosa!’ which premiered on March 13, 2006. The next year, he played William Price in the British television film ‘Mansfield Park.’

In 2010, he made his first big screen appearance in the TV miniseries ‘Ben Hur.’ Morgan portrayed wealthy Jerusalem businessman Judah Ben-Hur/Sextus Arrius in the series, which was based on Lew Wallace’s 1880 novel “Ben-Hur: A Tale of the Christ.”

Morgan’s breakout role as Klaus Mikaelson in the American supernatural TV series ‘The Vampire Diaries,’ based on L. J. Smith’s bestselling book series of the same name, came in 2011 after almost a decade in show business.

His remarkable portrayal in ‘The Vampire Diaries’ not only gained him honors and renown, including a TV Guide Award for Choice TV Villain in 2013 among many other nominations, but also the chance to reprise the role in its spin-off, ‘The Originals,’ as a lead character.

In 2011, he played Lysander in the epic fantasy adventure action movie ‘Immortals,’ and Rusty in the American-Canadian indie drama film ‘Angels Crest,’ which was released on December 30 of same year.

After that, in 2013, he wrote and directed the short film ‘Revelation.’ He also starred as Nathan in the suspense film ‘Open Grave,’ and as A.J. Budd in the supernatural psychological thriller ‘Armistice,’ both in the same year.

‘The Originals,’ which began on ‘The CW’ on October 3, 2013, is about Klaus Mikaelson’s character Morgan and his family. His brilliant portrayal of the role has earned him a People’s Choice Award in the category of ‘Favorite Actor In A New TV Series’ in 2014, as well as multiple other award nominations, including those from the ‘Teen Choice Awards.’

While filming for the TV series ‘The Vampire Diaries,’ he met American actress Persia White, who played Bonnie’s mother on the show. They began dating in 2011 and became engaged in 2014, before marrying on July 5, 2014, in Ocho Rios, Jamaica.
Through Persia, Morgan has a stepdaughter, Mecca White.

He is an advocate for the international development charity ‘Positive Women,’ and he works to raise funds for the organization by encouraging his supporters to donate in honor of his birthday.

Joseph Morgan has a net worth of $3 million and is a British actor. In May 1981, Joseph Morgan was born in London, England. He is most recognized for his roles as Niklaus Mikaelson in The Vampire Diaries and The Originals on television. Morgan attended Gower College and the Central School of Speech and Drama in Swansea.