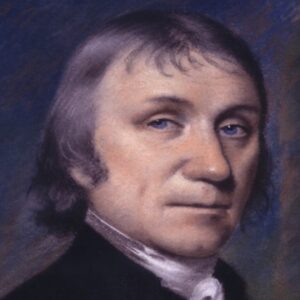 Joseph Priestley, an 18th-century English theologian, author, chemist, and political theorist, was a well-known theologian, author, chemist, and political theorist. Many people believe he was the one who discovered oxygen. He is well noted as a scientist for his attempts to combine Enlightenment rationalism and Christian theism. His writings made a significant contribution to the advancement of liberal political and religious beliefs. He not only advocated for free and open discussion of all ideas, but he also advocated for non-believers and dissenters to have equal rights. His thoughts led to the formation of the theological movement Unitarianism, which is recognized for rejecting the Trinity as well as a number of other Western doctrines like as original sin and Biblical inerrancy. Priestley also contributed to the field of pedagogy, which deals with the theory and practice of education. His contribution to research was so significant that by the time he died, he had been inducted into practically every major scientific society. He was an influence for many philosophers, poets, and scientists throughout his lifetime and after his death, having published over 150 works on a variety of topics including political philosophy, science, education, and theology.

Joseph Priestley was born in the West Riding of Yorkshire in 1733 to Jonas Priestley and Mary Swift. He came from a well-established cloth-making family in England. They were dissenting Christians, meaning they did not follow the Church of England’s rules. They had six children, the oldest of them was Joseph.

Priestley spent some time with his grandfather before returning home when his mother died. His father remarried after she died, and he was sent to live with a wealthy but childless uncle and aunt.

He had always been a bright student since he was a child. In the local schools, he studied Greek, Latin, and Hebrew.
Later, he attended the Dissenting Academy in Daventry, Northamptonshire, for further education. Dissenters were not allowed to attend regular English universities because they refused to submit to the Church of England.

Despite this, Priestley acquired a good education in a variety of areas, including philosophy, literature, and science.

Joseph Priestley had a strong desire to teach, so after finishing his studies in 1761, he relocated to Warrington and began working at the town’s Dissenting institution.

He addressed his essay ‘Essay on a Course of Liberal Education for Civil and Active Life’ to the governing board of Warrington Academy, where he had begun working as a tutor, in 1765.

According to his views in the essay, education should anticipate the practical demands of young people, but colleges were failing to do so, instead focusing on a traditional classical education.

Universities, he claims, do not allow students to gain skills that will be useful in their careers. Instead of classical languages, he wanted universities to teach English and modern languages, as well as practical mathematics and English law, rather than focusing too much on old history.

Priestley’s interest in science grew significantly after meeting Benjamin Franklin in 1765. Two years later, he released the 700-page ‘The History and Present State of Electricity, with Original Experiments,’ inspired by Franklin.

In this essay, he uses history to demonstrate how scientific progress is based on the accumulation of new facts that can be discovered by anybody, rather than on the insights of a few wise men.

He wrote another book, ‘A Familiar Introduction to the Study of Electricity,’ because this one was not for the general public, but it did not sell well.

Joseph Priestley later went to Leeds with his family, where he became the preacher of Mill Hill Chapel. Some, though, deemed him a heretic because of his beliefs. But, according to Priestley, he intended to restore Christianity to its original state by removing the corruption that had built up over time.

He even wrote a book called “A History of the Corruptions of Christianity.” It was, in his opinion, the most important of all his writings.

Between 1772 and 1790, he wrote six volumes of ‘Experiments and Observations on Different Kinds of Air.’ He writes about his trials with various types of air in this work. His reputation as a chemist was cemented by these experiments.

Joseph Priestley held the first first Unitarian service in Britain in 1774, with the help of his friend Theophilus Lindsey. In his defense, he said that he had only changed the manner of worship, not the content.

For the rest of his life, he was a staunch supporter of Unitarianism and advocated for its institutionalization, as well as the establishment of new Unitarian chapel foundations throughout the United Kingdom and other nations.

He’d written to a lot of people about a new ‘air’ he’d found. This new material was dubbed “dephlogisticated air” by him. He created this air by concentrating the sun’s rays on a single sample of mercuric oxide.

He discovered that this type of air was five to six times better than normal air for reasons such as respiration and inflammation after experimenting on mice and later on himself. As a result, the gas oxygen was identified.

Priestley had already made a number of controversial publications, so when he spoke out in favour of the French Revolution, he was met with a barrage of criticism from the people and the government, culminating in a mob torching his home and church.

He fled to Northumberland County, Pennsylvania, in the United States, where he lived out his days.

Later, he attempted to continue his research and investigations in America with the assistance of the American philosophical society. During his tenure in America, he also made substantial contributions to chemistry.

Joseph Priestley’s popular grammar book, ‘The Rudiments of English Grammar,’ was published in 1761. While serving as a minister in a congregation in Nantwice, Cheshire, he built a local school.

He believed that a solid understanding of English grammar was essential before pupils moved on to learning any other language. The book was extremely successful and popular, and it was reprinted for more than fifty years.

Priestley published ‘The History and Present State of Electricity’ in 1767. It was primarily on his early experiments and findings, which were heavily influenced by Benjamin Franklin.

This study not only established the classic history of electricity for nearly a century, but it also inspired notable scientists like Alessandro Volta and William Herschel.

‘A History on the Corruptions of Christians,’ by Joseph Priestley, was regarded as the most important of all his works. The book, which was released in 1782, questioned key Christian orthodoxies such as Christ’s divinity and the Virgin Birth.

He believed that the religion had become tainted by numerous lies and corruptions, and he desired to restore it to its original state.

On June 23, 1762, Joseph Priestley married Mary Wilkinson. He described her as kind, generous, and supportive, which allowed him to focus peacefully on his work. They were the parents of four children.

On February 6, 1804 at the age of seventy, he died and was interred at Riverview Cemetery.
Several statues of Priestley have been erected in the United Kingdom to commemorate him.

Since 1952, the Priestley Award has been given by Dickinson College in Pennsylvania, United States, to any scientist who produces discoveries that benefit humanity.

Joseph is one of the wealthiest philosophers and one of the most well-known philosophers. Joseph Priestley’s net worth is estimated to be $1.5 million, according to Wikipedia, Forbes, and Business Insider.