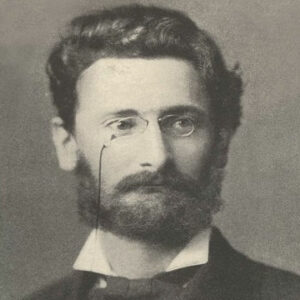 Joseph Pulitzer was one of the most well-known journalists and publishers in the United States during his time. He set the pattern for how newspapers are made today. He was born in Hungary and wanted to join the Austrian Army, but he couldn’t because his eyesight wasn’t good enough. He was finally able to join the US Union Army as a substitute draftee, and after the war he moved to St. Louis. Joseph had a lot of different jobs before he became a reporter. For him, the newspaper was the “vehicle of truth,” and he used it to speak out against corruption, fraud, monopolies, gambling rings, and bad behavior by elected officials. During the time Pulitzer worked as a reporter, the Republican Party put him up for State Legislature. Most of the people in his area were Democrats, but Joseph worked hard and finally won. As an ambitious person, Joseph bought newspapers to make money, which he used to pay for law school. Joseph’s love for journalism was clear when he raised the circulation of the failing “New York World” newspaper all by himself. Joseph thought that the press and the intelligentsia who worked as journalists could change the world for the better.

On April 10, 1847, Joseph Pulitzer was born into a well-known Jewish family in the town of Mako, Hungary. At first, he was taught by private teachers, who helped him learn French and German at a young age. Joseph went to school in Budapest, where his father moved when he retired and set up a house.

Joseph was 17 when he tried to join the Austrian Army, but he was turned down because he was sick and couldn’t see well. In Hamburg, he met a man who worked for the US Army to find people who owed them money. The recruiter signed up Joseph to take the place of a draftee. This was allowed by the Civil War draft system, and Joseph eventually joined the Lincoln Cavalry.

Joseph came back to New York after a short time in the army. But there were too many veterans of war and not enough openings. Joseph went to Missouri to find odd jobs so he could pay his bills. He worked as a waiter, a deckhand, a gravedigger, a taxi driver, and even a caretaker for mules.

After that, the Atlantic and Pacific Railroad hired Joseph to keep track of the land records. He decided to go to law school because of this. In 1867, he was made a citizen of the United States.

Joseph’s career began in an interesting way in 1868. In a library, Joseph was watching a game of chess. He made a move that got the other players talking to him. The players were editors of the leading German-language daily “Westliche Post,” and the paper offered Joseph a job.

In 1869, he joined the Republican Party, which asked him to run for a seat in the State Legislature. It was hard for him to win because he ran for office in an area with a lot of Democrats. But Joseph’s hard work paid off, and he was able to win.

By 1872, Joseph was known as an enterprising journalist, and the Westliche Post, which was almost out of money at the time, offered to give him control of the paper. So, at the age of 25, Joseph Pulitzer became a publisher.
The next thing he did was buy a German newspaper, which he then sold for a profit of $20,000 USD. He used the money to help pay for his law schooling and some of his political work.

Joseph started working as a lawyer in 1876, but he quit in 1878 to buy the newspaper “St. Louis Dispatch.” With the help of two newspapers, Joseph and his talented editor John Cockerill spoke out against things like gambling, tax dodges, lotteries, corruption in the government, and gambling circuits.

Joseph bought the “New York World” in 1883. His health was getting worse, but he was determined to get the paper out of its financial mess. He worked hard to make the changes that were needed in editing, layout, and content. The newspaper was read by more than 60,000 people.

Joseph became a Congressman in 1884 while he was living in New York. But after two years, he gave up his seat because he liked journalism more than politics.

Joseph built a building in 1890 for the newspaper “New York World.” It was known as the tallest building in the city at the time. The stories in his newspaper were against crime. He wanted the newspaper to be known for the way it did investigative reporting.

Joseph quit his job as editor of the “New York World” because he was always sick. During this time, he got into a very bad fight with William Randolph Hearst, who ran the “New York Journal.”

Joseph lost his sight in the end, but he kept showing his talent through his stories, which were mostly about people and shocking things. He also thought that stories about ordinary people should be told.

He used his newspaper to get people worried about things like fraud, monopolies, gambling rings, and bad behavior by elected officials. He also added new things to his newspapers, like comics, sports coverage, and articles about women’s fashion. He also added entertainment to the newspapers.

The Columbia School of Journalism was started by Pulitzer. It opened in 1913, a year after he died. In 1917, the university started the Pulitzer Prize in his honor to honor achievements in art and journalism.

Pulitzer was added to the well-known St. Louis Walk of Fame in 1989.
In his honor, St. Louis set up the Pulitzer Art Museum.
In honor of this great man, the famous Hotel Pulitzer in Amsterdam was built.

In 1878, Joseph Pulitzer married Kate Davis, who was already a well-known person. They had seven kids, but only five of them made it to adulthood.
He died on his yacht in South Carolina on October 29, 1911.

Joseph is one of the most popular and wealthiest journalists. Wikipedia, Forbes, and Business Insider all say that Joseph Pulitzer’s net worth is about $30 billion.