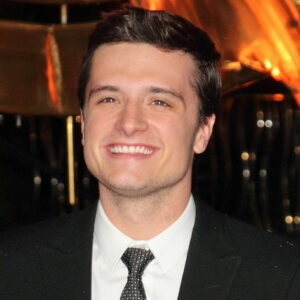 Josh is a well-known American actor. His real name is Joshua Ryan Hutcherson. He is now one of the highest-paid celebrities in the world, with millions of admirers all over the world. He began his acting career while he was young, and he spent more time on set than at school. Josh began exhibiting interest in performing when he was just four years old. His parents did not take it seriously at the time. They expected it to fade away as he grew older. That, however, was not to be. By the age of eight, he had made up his mind to be an actor and began searching the yellow pages for contact information for various acting agencies. His parents eventually caved in and took him to Los Angeles. He landed a prominent role in the popular television series ‘House Blend’ in 2002, and by 2003, he was performing in a number of feature films. With time, he began to be cast in more important roles. He is now a well-known celebrity who has won numerous honors. He is also a member of the Gay-Straight Alliance and an LGBT activist.

Josh Hutcherson was born in the community of Union, Kentucky, on October 12, 1992. His father, Chris Hutcherson, worked as an analyst for the US Environmental Protection Agency, while his mother, Michelle, worked for Delta Airlines. Cannon, his younger brother, is his other sibling.

Josh began to exhibit an interest in the entertainment industry when he was four years old. Despite the fact that he was enrolled in Union’s New Haven Elementary School, he did not stay for long. He was more interested in acting than anything else.

He appeared in a Kroger television commercial as a child and also acted in a film promoting Vacation Bible School training. He wanted to do more, so when he was eight years old, he began looking for an acting agency. His parents, sensing his desire, decided to let him try.

His mother, Michele, met acting teacher Bob Luke and decided to take him to Los Angeles on his advise. Josh, who was nine years old at the time, began applying for numerous television shows after he arrived. Simultaneously, he pursued his studies at home under the supervision of his mother.

He returned to Union after a while and spent one semester at Ryle High School. It was a bit boring for him. He, on the other hand, enjoyed playing soccer and developed a lifetime interest in sports. He eventually returned to Hollywood to pursue a career as an actor.

Josh began his acting career when he was ten years old. Josh began appearing in numerous television ads in 2002. He landed prominent roles in the pilot episodes of ‘House Blend’ and ‘Becoming Glen’ the same year. In addition, he appeared in one episode of ‘ER.’

His debut feature picture, ‘American Splendor,’ was also shot in 2003. He was cast as a young child dressed as Robin in this production. At the Sundance Film Festival, the film won the Grand Jury Prize.

The next year, in 2004, Josh starred in the computer-animated musical fantasy film ‘The Polar Express.’ He also contributed his voice to the role of Marki in the animated fantasy film ‘Howl’s Moving Castle’ in the same year.
He starred in a number of Hollywood films in 2005, including ‘Kicking and Screaming,’ ‘Little Manhattan,’ and ‘Zathura.’ Josh played the primary protagonist, 10-year-old Gabe, in the film ‘Little Manhattan,’ and wowed the critics. He also played the lead in the film ‘Zathura.’

Josh starred in the comedy film ‘RV’ in 2007. The true break came in 2007, when he was cast as Jesse Aarons in the fantasy drama ‘Bridge to Terabithia,’ which was shot in New Zealand. Josh Hutcherson, a young actor, not only appreciated the setting, but also received favorable feedback.

He also starred in the family film ‘Fire House Dog’ in the same year. He had to befriend four different canines in this video and had a great time doing it. Despite the film’s mixed reviews, Hutcherson’s performance was praised.
Hutcherson starred in the crime drama ‘Winged Creatures’ and the science fiction feature ‘Journey to the Center of the Earth’ in 2008. The latter is based on the same-named novel.

Hutcherson as Steve Leopard Leonard in ‘Cirque du Freak: The Vampires’ Assistance’ in 2009. Josh portrayed Laser Allgood in the 2010 film ‘The Kids Are All Right’ (2010). The picture had a significant impact on his career. He also starred in 2010’s ‘The Third Rule’ and 2011’s ‘Detention.’

Josh Hutcherson had a number of additional films released in 2012, in addition to the ‘Hunger Games’ franchise. ‘Journey 2: The Mysterious Island,’ ‘7 Days in Havana,’ ‘The Forger,’ and ‘Red Dawn’ were the titles. In addition, he appeared in the films ‘Epic’ (2013) and ‘Escobar: Paradise Lost’ (2015).
Josh Hutcherson has dabbled in production in addition to acting. Two of his films, Detention (2011) and ‘The Forger,’ were executive produced by him (2012)

While ‘The Kids Are All Right’ was influential in his career, it was ‘The Hunger Games’ that catapulted Josh Hutcherson to stardom. He had been a kid actor until then, but following this film, he became a star in his own right.
‘The Hunger Games: Catching Fire’ is his most commercially successful picture. It grossed $420 million in North America at the box office.

Josh Hutcherson has been nominated for eight Young Artist Awards. He was victorious in four of them. He won an award for Outstanding Young Ensemble in a New Medium for his work on ‘Polar Express.’ For his role in ‘Zathura,’ he also won Best Performance in a Feature Film (Comedy or Drama) – Leading Young Actor.

Josh is also the youngest recipient of the Vanguard Award, which recognizes those who seek to improve the lives of LGBT people. At the 2015 ‘unite4:humanity’ award event, he also got the Young Humanitarian Award.

Josh Hutcherson is presently living in Los Angeles, California, and is single. He claims that he loves his job more than anything else in the world and that he could never imagine doing anything else. He describes himself as’mostly heterosexual’ when asked about his sexual orientation.

Hutcherson is a lesbian, gay, bisexual, and transgender activist who works to develop the LGBT community. It’s possible that his involvements arose from a family tragedy involving two of his gay uncles who died of AIDS-related illnesses. His ‘Straight But Not Narrow’ initiative aims to promote equality in the community.

Josh Hutcherson, who is twenty-three years old, is now one of the highest-paid performers in the world. He had a net worth of $20 Million in 2022.