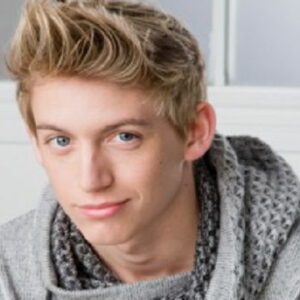 Josh Killacky, a professional dancer, choreographer, actor, and director, rose to fame after performing in popular YouTube videos like “What Do You Mean / Epic HoverBoard Dance Cover @justinbieber,” “Jade Chynoweth & Josh Killacky Killing Janelle Ginestra’s Choreography!!!,” “Missy Elliott – WTF (Where They From) @ TriciaMiranda Choreography,” and “Missy He began dancing at a young age and later studied ballet, jazz, modern dance, and hip-hop to hone his skills. He is a member of the dance company BotBroz, where he works with David Moore as a principal dancer and choreographer. The only non-vocal performers to have ever appeared on “Good Morning America” were them. The young performer has danced his way through some of the largest TV series, including “Dancing with the Stars,” “MTV – Todrick Hall Documentary,” “Nickelodeon Kids Sports,” and “Nickelodeon Kids Choice and Halo Awards.” Josh frequently works alongside other well-known dancers like Twitch, Janelle Ginestra, Jade Chynoweth, and Tricia Miranda. He performed in the film “One Shot” as well. Recently, Killacky has choreographed for the film “Howard High” and acted in and directed his short anti-bullying video, “When is too Late.”

Prior to Fame of Josh Killacky

Josh Killacky’s journey to fame was not an easy one to begin with. At the age of four, he was enrolled in Taekwondo lessons by his single mother. In the Junior Olympics, he went on to win numerous gold and silver medals. However, he found athletics to be monotonous and boring, and by chance he discovered dance. He jokingly began dancing at a family wedding and soon discovered that he was naturally talented. He began dancing when he was 12 years old and enrolled in the Chicago Academy of the Performing Arts High School to refine his technique. He moved to North Hollywood with his mother when he was 15 years old. When he was hired by “McDonald / Selznick Associates,” he had his first significant break.

Josh Killacky began collaborating with fellow choreographer and friend David Moore and started to be affiliated with the band BotBroz. He routinely creates music videos with the group and serves as both the lead dancer and assistant choreographer. The duo debuted their dance video, “What Do You Mean / Epic HoverBoard Dance Cover @justinbieber,” on October 1, 2015. With over 4.5 million views, the dance version of the Justin Beiber song went viral, making them all instant stars—especially Josh Killacky.
He worked alongside Tricia Mirandan, a choreographer, on the Missy Elliott song “WTF (Where They From)” music video. This video also gained popularity and has now received over 22 million views. Recently, he has worked on some of the most well-known projects with dancer Jade Chynoweth. Millions of people have watched their films “Killing – Janelle Ginestra’s Choreography!!!” and “GREED | A Story | Told by Jade & Josh.”
Josh has choreographed for up-and-coming bands and musicians like “New District” and Nia Soux in addition to dancing in these music videos. His talent has also allowed him to succeed in the fashion industry; for example, he has collaborated with Nicola Formichetti on the “Nicopanda SS16 Campaign” film.
Josh Killacky’s acting and directing credits include the films “One Shot” and “East Los High” on television. Additionally, he has participated in Disney’s 2015 Dance Party and the “Just Dance Video Games”. His first directed short film, “When is too late,” which addresses bullying, was released in 2016.

On December 4, 1995, Josh Killacky was born in Chicago, Illinois, in the United States. Little is known about his father, and his lone mother raised him and his sister. In 2011, they relocated to North Hollywood. He claims to be a human being first and an artist second, and his life bears this out. He has made a lot of effort to increase bullying awareness. In order to promote the “Wings for Life World Run,” Josh also worked with wheelchair dancing sensation Chelsie Hill to create the music video “Will You?” in 2017.

The estimated net worth of Josh Killacky is around $1.5 million.