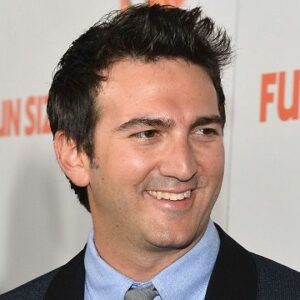 Josh Schwartz is a screenwriter and television producer from the United States who is best known for inventing the teen drama series “The O.C.” He became one of the youngest people in network history to produce a network series and control its day-to-day production at the age of 26 when he created and ran the drama series. He was born into a creative family; both of his parents were toy inventors, and he acquired their intellect and artistic ability without a doubt. From a young age, he aspired to be a writer and was enthralled by movies. He grew up watching a lot of movies and chose to pursue a career that would allow him to merge his love of movies with his love of writing. He attended the University of Southern California (USC) to study screen and television writing after graduating from high school. He was pleased when he won the coveted Nicholson Award in Screenwriting while still in his second year. The award was rescinded, however, because he had to be in his junior year at the time to be eligible. Despite his disappointment, he saw his ability and chose to try his luck in Hollywood. A few years later, he made his big break when he produced the drama series ‘The O.C.,’ which gave him a household figure in the television industry.

Joshua Ian “Josh” Schwartz was born to Jewish parents on August 6, 1976 in Providence, Rhode Island. His parents, Stephen Schwartz and Honey Schwartz, were both toy inventors who worked on the development of toys like Transformers and My Little Pony before starting their own business.
He has one younger brother and one sister and is the eldest of three siblings.
Josh has always enjoyed movies and has been fascinated by Hollywood since he was a child. Writing was another of his passions. He had aspirations of becoming a writer since he was a child.
Josh Schwartz attended the elite Wheeler School in Providence and graduated in 1994. He began creating scripts on the lives of his pals as a student. He was also a talented performer who frequently imitated personalities he watched on television. He was also a regular performer in school plays.
In 1995, he enrolled at the University of Southern California (USC) to pursue a degree in screenwriting and television writing. He joined the Pi Kappa Alpha fraternity while there. During this period, he attempted stand-up comedy but quickly learned that it was not his strong suit.

While still at university, he honed his scriptwriting skills and sold his first screenplay to Sony’s TriStar Pictures in 1997. The film, however, was never made.
While still at USC, he wrote a TV pilot for ABC/Disney called “Brookfield.” His second script, about a bunch of privileged students at a boarding school, was sold barely a few months after his first. This, too, was never broadcast.
Josh Schwartz decided to withdraw from USC in order to focus on his career. In 2003, he developed a pilot for Warner Bros. TV and Wonderland Sound and Vision called “The O.C.” He was the founder and executive producer of the television show.
‘The O.C.’ was a teen drama set in the rich coastal city of Newport Beach in Orange County, California, and centered on a group of kids and their families. In August of 2003, it premiered on the Fox Network.
The show was an instant hit with youngsters, who were able to relate to the characters of Ryan Atwood, his brother Seth, and their neighbor Marissa Cooper. The show quickly garnered a large audience, not only among teens, but also among older folks.
Another reason for the show’s success was the music, which Schwartz chose himself based on his musical preferences. Death Cab for Cutie, Bloc Party, and Rooney were among the indie rock acts whose music was included on the broadcast.
The show lasted four seasons and had a total of 92 episodes. The show’s final episode aired in February 2007.
In 2007, he co-created the action comedy/spy drama television series ‘Chuck’ with Chris Fedak. The show followed Chuck, a computer wiz who worked as a computer service expert in a dead-end profession in Burbank, California. It was a popular series that lasted five seasons until 2012.
He was the co-creator, writer, and executive producer of the TV series ‘Gossip Girl,’ which was based on Cecily von Ziegesar’s ‘Gossip Girl’ series of books. From 2007 through 2012, the popular series ran on television.

The teen drama series ‘The O.C.,’ which became one of the most successful new dramas of the 2003–2004 television season, was his claim to fame. The sitcom debuted to high ratings and is now considered a pop cultural phenomenon, having been shown in more than 50 countries around the world.

For ‘The O.C.,’ Schwartz received a nomination for the 2004 Writers Guild of America Award for Episodic Drama (for ‘Premiere’). For the same series, he was also nominated for a People’s Choice Award.

Personal History and Legacy
On September 20, 2008, he married Jill Stonerock. Rachel Bilson, who was his maid of honor at his wedding, is a close friend of his. The pair has a daughter together.

Josh Schwartz’s net worth is believed to be $70 million.