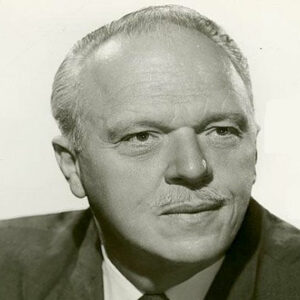 Lockwood, Joshua Logan III was an American film and stage director best known for directing some of ‘Broadway”s most enduring and recognized plays, many of which he co-wrote, directed, and co-produced. In the early 1930s, he began his career on ‘Broadway’ as an actor in the play ‘Carry Nation,’ and later worked as an assistant stage manager before pursuing a career in stage direction. During the late 1930s, he had his first major success as a theater director with the musical ‘I Married an Angel,’ after which he went on to direct a string of superb productions that became big hits. He introduced classics like ‘Fanny’, ‘South Pacific,’ ‘Annie Get Your Gun,’ ‘Mister Roberts,’ and ‘Charley’s Aunt’ to ‘Broadway.’ In 1948, he and Thomas Heggen, the original novel’s author, got the ‘Tony Award’ for co-writing ‘Mister Roberts.’ For co-authoring ‘South Pacific,’ he shared the Pulitzer Prize for Drama with Oscar Hammerstein II and Richard Rodgers in 1950. With blockbuster and profitable films like ‘Picnic’ and ‘Sayonara,’ he was one of those theatre directors who also managed to carve out a position for himself in Hollywood. ‘Paint Your Wagon,’ ‘South Pacific,’ and ‘Bus Stop’ were among Logan’s other significant pictures, most of which he directed in the 1950s and 1960s. Josh: My Up-and-Down, In-and-Out Life,’ his autobiography, was released in 1976.

Joshua Lockwood Logan and his wife Susan née Nabors had him on October 5, 1908, in Texarkana, Texas. Logan’s father committed suicide when he was three years old.
Following the event, his mother moved Logan and his younger sister Mary Lee to her parent’s residence in Mansfield, Louisiana. Logan utilized the same scene as the backdrop for his play ‘The Wisteria Trees’ forty years later.

His mother remarried when he was around nine years old, and he started attending the ‘Culver Military Academy’ in Culver, Indiana, where his stepfather worked as a teacher. He had the opportunity to take a theatre class at this academy, which he found to be a very enjoyable activity.

Logan enrolled at ‘Princeton University’ after graduating from high school, where he studied from 1927 to 1931. He remained active in the university’s famous musical theatre club, the ‘Princeton Triangle Club,’ as well as the intercollegiate summer stock company, ‘University Players.’ During his senior year, he also served as president of the club.

Logan left the university before finishing his degree and relocated to Moscow after earning a scholarship to study acting under famed Russian actor and theatrical director Constantin Stanislavsky.

In 1932, he debuted on ‘Broadway’ with playwright Frank McGrath’s historical play ‘Carry Nation.’ He went on to work as an assistant stage manager later on.
In the mid-1930s, he made his Hollywood debut as a dialogue writer in a pair of films starring Charles Boyer.

He went on to co-direct ‘I Met My Love Again,’ a romantic drama film with Arthur Ripley and George Cukor (uncredited), which was released on January 14, 1938. The picture failed to make an impact at the box office, resulting in a $64,104 loss.

Logan then returned to ‘Broadway,’ where he directed the 1938 play ‘On Borrowed Time,’ which lasted for about a year and was a minor success.
The play ‘I Married An Angel,’ which premiered on May 11, 1938, at the ‘Shubert Theatre,’ was his first notable ‘Broadway triumph as a theatre director. The production ran for 338 performances before closing on February 25, 1939.

‘Knickerbocker Holiday,’ which opened at the ‘Ethel Barrymore Theatre’ on ‘Broadway’ on October 19, 1938, and closed on March 11, 1939, after 168 stage productions; ‘Morning’s at Seven,’ a play by Paul Osborn that opened at the ‘Longacre Theatre’ on November 30, 1939, and ran for 44 performances; a three-act farce titled ‘Charley’s Aunt,’ by Brandon

In 1942, he enlisted in the United States Army and served as a public relations and intelligence officer during the ‘Second World War.’ He was discharged as a Captain after the end of the war.

He then went back to ‘Broadway.’ In 1946, he directed the Broadway musical ‘Annie Get Your Gun,’ which premiered on May 16, 1946, at the ‘Imperial Theatre.’ With 1,147 performances in New York, it was a big success. On June 7, 1947, the musical, which featured several hit tunes, made its West End debut at the London Coliseum, where it ran for 1,304 performances.

He directed and choreographed the musical ‘Wish You Were Here,’ which opened on ‘Broadway’ at the ‘Imperial Theatre’ on June 25, 1952, and closed on November 28, 1953, after 598 performances. It was also performed in the London Casino for 282 performances beginning on October 10, 1953.

In 1955, he directed the film adaptation of his 1953 play ‘Picnic,’ which had the same title. The film received six Academy Award nominations, including Best Director, and won two of them for Best Film Editing and Best Art Direction-Set Decoration, Color. The coveted ‘Grand Prix’ of the ‘Belgian Film Critics Association’ was also awarded to it.

The 1957 Technicolor film ‘Sayonara,’ starring Marlon Brando, was his next big hit. The picture was not only a monetary triumph, but it also received positive reviews from critics. It received a whopping ten Academy Award nominations, including one for Logan’s direction, and won four of them.
‘Bus Stop’ (1956), ‘South Pacific’ (1958), ‘Camelot’ (1967), and ‘Paint Your Wagon’ (1968) are some of Logan’s other significant films (1969).

He was married to American cinema and stage actress Barbara O’Neil for a brief period between 1939 and 1940.

He married Nedda Harrigan in 1945. Logan had bipolar disorder, a mental illness for which he had to be hospitalized on several occasions.

He spoke out about the disease after learning that it may be controlled with proper therapy, and he appeared on TV shows alongside psychiatrist Ronald R. Fieve, who treated him with lithium in the 1970s to control the disorder.
After suffering from progressive supranuclear palsy, he died on July 12, 1988, in New York City (PSP).

Joshua is one of the wealthiest directors and one of the most well-known. Joshua Logan’s net worth is estimated to be $1.5 million, according to Wikipedia, Forbes, and Business Insider.