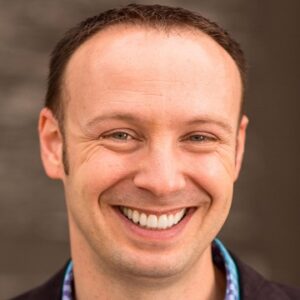 Judson Laipply is a well-known American motivational speaker, comedian, and dancer best known for his role in the viral YouTube video “Evolution of Dance.” Laipply, a master’s degree holder from ‘Bowling Green State University,’ entered the field of professional speaking and quickly won over many hearts with his funny and thought-provoking talks. This award-winning entertainer and speaker, who promises to make his audience laugh while also making them think, employs the ‘Inspirational Comedy’ phenomena to both educate and delight his audience. He has received widespread appreciation for his basic yet deeply inspirational, thought-provoking, and entertaining speeches, which he delivers with a very dynamic demeanor and stage presence, sprinkled with a dash of humor. His experience working in a variety of disciplines, including as a monthly columnist, aerobics instructor, poet, and acting as a counselor at a Colorado camp, has allowed him to quickly connect and relate to audiences of all ages and from all over the world. His video ‘The Evolution of Dance’ was an instant sensation on YouTube, garnering over 150 million views to date, making it the third most popular video of all time.

Judson Laipply was born in the state of Ohio on March 22, 1976. Little is known about this inspirational and skillful speaker’s family and early life.

He earned a BA degree from Bluffton University, a Christian liberal arts college in Bluffton, Ohio. Following that, he went to ‘Bowling Green State University in Bowling Green, Ohio, where he earned his Master’s degree.

From 1993 to 1994, he was the State President of the ‘Ohio Association of Student Councils.’
Laipply entered the realm of professional speaking after completing his Master’s degree, beginning his career as a motivational speaker in 2000.

He quickly built a name for himself in the area, attracting attention with his inventive, inspirational, and entertaining presentations, which were complemented by his clever, impulsive, and enthusiastic demeanor.

In 2001, he gave his first public performance of ‘The Evolution of Dance,’ which became an instant hit with his audience. The video began with a mix of twelve classic dance songs from the previous five decades.

On April 6, 2006, he uploaded a six-minute 30-song video of ‘The Evolution of Dance’ to YouTube, which quickly went viral around the world. The clip’s popularity led to it being shared via email and published on a number of blogs, as well as being discussed on a number of talk shows.

During that period, it placed first as the ‘Most Viewed All Time Video’ and ‘Top Rated Video’ on YouTube, as well as third as the ‘Most Discussed Video’.

Within eight months of its release on YouTube, ‘The Evolution of Dance’ had racked up over 70 million views, with more than 150 million views to date.

Elvis Presley’s “Hound Dog,” The Bangles’ “Walk Like an Egyptian,” Michael Jackson’s “Thriller” and “Billie Jean,” and Jay-“Dirt Z’s Off Your Shoulder” were among the tracks used in the video. The audience always asks for his lecture on “The Evolution of Dance” everywhere he visits.

Laipply entertains his audience while also providing them with food for thought through his speeches and performances.

“I thrive on encouraging people to think about things, adjust their perceptions, and hope that I might just be able to assist them to make their lives better,” he adds. Putting those two together on stage is about as fantastic as it gets!”

Laipply’s thought-provoking, entertaining, and enriching talks, in which he thrives on presenting a new perspective on life and accepting the changes it brings, motivate the audience, filling them with positive energy to move forward with new zeal.

He employs the ‘Inspirational Comedy’ phenomena to achieve a synthesis of life’s reality and the joy of living.
He starred in a ‘dancing season’ promo that aired on ‘BBC’ during the December 2007 Christmas Holidays.

He was also interviewed on the British TV show ‘Rude Tube,’ hosted by English comedian Alex Zane, where ‘Evolution of Dance’ was named number one.

He and other internet superstars were featured in the song “Pork and Beans” by ‘Weezer,’ an American alternative rock band, for their self-titled album (2008).

He also appeared in a video by the Canadian rock band ‘Barenaked Ladies’ and performed during halftime at the NBA finals.

In January 2009, he released the video ‘Evolution of Dance 2’, which featured classic songs like James Brown’s ‘I Got You (I Feel Good),’ Ray Anthony’s ‘Hokey Pokey,’ and The Isley Brothers ‘Shout,’ as well as contemporary artists and bands like ‘OK Go’s ‘Here It Goes Again,’ and Soulja Boy’s ‘Crank That (Soulja Boy).

‘Evolution of Dance’ was also included on the American game show ‘Jeopardy!’ as one of the general knowledge clues for crafting a question during the 2010 collegiate championships, which took place in February of that year. Laipply had an appearance on the American TV series ‘Tosh.0’ the following year.

On July 28, 2011, he posted another video on YouTube titled “The Evolution of the Touchdown Dance,” which featured memorable NFL touchdown dances.

In December 2015, he was included in YouTube’s annual Rewind series. He’s also written a motivational book called ‘Might as Well Dance.’

There was also music from the past, such as Chuck Berry’s “Johnny B. Goode” and Michael Jackson’s “Beat It,” as well as current hits like Miley Cyrus’ “Wrecking Ball” and PSY’s “Gangnam Style” (at present the all-time most viewed video on YouTube).

‘Why I am better than you: Establishing Your Place in Today’s Society,’ ‘Selling Sand in the Desert: How to Market and Sell Anything,’ ‘The Paradoxes of Life,’ ‘Life is Change,’ and ‘The 5 L’s for Living,’ among others, are some of his most popular entertaining and motivating speaking subjects.

His contagious performance keeps the audience involved throughout the show, from the minute he walks on stage to the moment he dances off.

On his website, ‘JudsonLaipply.com,’ he presents himself as an ‘Inspirational Comedian,’ and one may learn more about him and his shows.

There isn’t much information about this inspirational speaker’s personal life available, save that he is married and resides in Lakewood, Ohio with his wife.