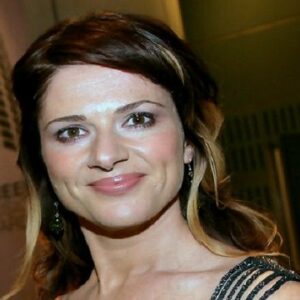 If you ever saw the hugely popular Australian music quiz show RocKwiz, you would know who Julia Zemiro is for sure. For others, she is a very successful Australian TV host and presenter who was born in France. Zemiro has always been the same as RocKwiz. Since the show’s first episode in 2005, she has been its host, and it’s likely that she will continue to do so in the years to come. But her career isn’t just a line of musical quiz shows. Aside from being a TV host, she is also an actor, singer, writer, comedian, and radio host. Her first job as an entertainer was in Sydney, where she worked as a theater artist. She was interested in it, so she decided to make it her career. She soon enrolled at the Victorian College of the Arts Drama School, and in her last year of formal schooling, she quit. She has made a name for herself over the years in both theater and TV, and her fans love her very much.

Julia Zemiro was born in Aix-en-Provence, France, on April 14, 1967, to Claude and Jane Zemiro. Her father is a French restaurant owner who has retired, and her mother is a teacher who has also retired.

Her acting career began in Sydney, where she played for many years at the Belvoir St Theatre Sydney and became a veteran of Theatresports. Her time in the theater made her more sure that she wanted to work in the entertainment industry.

In 1992, she got into the drama school at the Victorian College of the Arts. So, in her last year, she left the University of Sydney and moved to Melbourne.

When she moved to Melbourne, she kept working in theater by joining Impro Melbourne. She was the star of every season of Celebrity Theatresports and a regular at the show “Late Night Impro” at the Melbourne International Comedy Festival. She was one of the main people in the show “Spontaneous Broadway,” which was made up on the spot.

After she graduated from the Victorian College of Arts in 1993, she joined the Bell Shakespearean Company and started a national tour with the Actors at Work group. At the same time, she was a regular debater and panelist on the ABC show Good News Week. She also wrote for and acted in “Totally Full Frontal” for two seasons, where she played more than 30 different characters.

‘The Extra’ and ‘Muffled Love’ were two of the short films she was in when she was younger. In 1999 and 2001, she won the Tropfest Best Actress award for both of these movies. At the same time, she worked on “Backpackers” as a co-writer, performer, and director at the Melbourne International Comedy Festival in 2000.

Her career as a TV host started with the show “World Telly 2.” The show was made by journalist and broadcaster Scott-Walkins Sully and shown on ABC’s Australia Television.
In 2003, she played “Bronya” for the first time in “Eurovision, the Musical.” She played the same character in “Euromax 7: The Musical” in 2004 and “Eurobeat: Almost Eurovision” in 2006.

Julia Zemiro started hosting the music quiz show RocKwiz on SBS in 2005, and she has been doing so ever since. This show, which is taped at The Epsy, will start its 13th season on May 30, 2015. Over the years, RocKwiz has had a lot of success, which has helped Zemiro get the attention she has today.

She has done a lot of different things on TV, in addition to hosting RocKwiz. In 2006, she was the star of the comedy show “The Wedge.” In 2006 and 2007, she was a judge on “Lifestyle Food’s Great BBQ Challenge.” She also played the host of “Animal Farm” on an episode of CNN.

She was also the host of the talent show “Song for the Socceroos,” whose goal was to find a theme song for the Australian Socceroos soccer team as they tried to qualify for the 2006 FIFA World Cup. The best group was “Freedom of Thought.”

Zemiro didn’t just host shows; he also participated in them and made people laugh. She worked with Dave Gleeson on the show “It Takes Two” on Channel Seven. She also competed in and won the show Australia’s Brainiest TV Star.

Zemiro has been a guest on a number of TV shows, including “Top Gear Australia,” “ABC,” “Thank God You’re Here,” “Talkin’ ‘Bout Your Generation,” and “The Bazura Project’s Guide to Sinema.” She was also in a few TV commercials, like Fifi La Croix, in which she played a satirical French fashion expert for Target’s breast cancer campaign.

In 2012, she played the role of Oriana De La Force in the Australian drama series “Conspiracy 365,” which aired on FMC for 12 episodes. She also played the same part in the BBC drama “QL,” which she did for the first time in the stage show “QL Live” in December 2011.

In 2013, she played Isabelle in the TV movie “An Accidental Soldier,” which was directed by Rachel Ward. In the same year, she was the host of “Julia Zemiro’s Home Delivery,” a five-episode show in which she talked to five comedians. ABC1 network showed the show.

In 2014, she went back to the theater. This time, she played Roxane’s duenna in the 1897 play “Cyrano de Bergerac” by Edmond Rostand for Sydney Theatre Company. Cyrano, played by Richard Roxburgh, was paired with her.
On New Year’s Eve 2014, she and Toby Truslove hosted live coverage of the world-famous Sydney fireworks shows from the forecourt of the Sydney Opera House.

Since she started hosting the hugely popular music quiz show “RocKwiz,” Zemiro’s career has been going up. The show’s first episode aired on SBS One on January 31, 2005. It is now in its twelfth season. She has been the host of the show since it began, and it is likely that she will continue in that role when the thirteenth season starts on May 30, 2015.

The show is very well-liked and has been nominated three times for the AACTA Award for Best Light Entertainment Television Series, which it won in 2007. There have also been Helpmann Award nominations for it.

Who Zemiro likes romantically has been a mystery for a long time. The TV host was quoted as saying that she may have found the person who will make her feel less lonely. The only thing that is known about the man is that he is not in the media business.

Julia Zemiro’s estimated net worth is $2 million, and she makes most of her money as a TV host and actor. We don’t know enough about Julia Zemiro’s cars or her way of life.