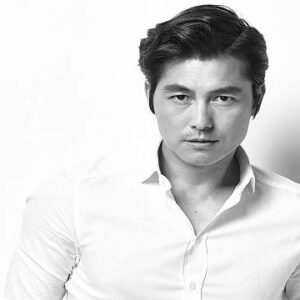 Jung Woo-sung is an actor, director, producer, and model from South Korea. Jung is also the first Korean UNHCR Goodwill Ambassador, and is well-known in several other Asian nations in addition to South Korea. Jung came from a poor household in Seoul, South Korea, and had to drop out of school to help support his family. Later, he worked as a model, which helped him pursue an acting career. In the 1994 South Korean film ‘The Fox with Nine Tails,’ he made his acting debut. After starring in the gangster film ‘Beat,’ Jung became a cult figure a few years later. He has been a part of several super-hit projects such as ‘Reign of Assassins,’ ‘Don’t Forget Me,’ and ‘Asura: The City of Madness.’ He is without a doubt one of South Korea’s most popular and successful stars. He is well-known for his television work in addition to his film work. His first major television appearance was in the series ‘Asphalt Man.’ ‘Padam Padam… The Sound of His and Her Heartbeats,’ a South Korean TV series that aired in 2011, is one of his other well-known works. He has received numerous honors for his contributions to the cinema and television industries, including the ‘Hawaii International Film Festival Award’ and the ‘Busan Film Critics Award.’

Jung Woo-sun was born in Sadang-dong, an impoverished district in Seoul, South Korea, on April 22, 1973. Due to financial difficulties and the need to support his family, he had to drop out of school at a young age. Jung, who is attractive and personable, began his career as a model and later appeared in advertisements.

Jung Woo-sung made his cinematic debut in ‘The Fox with Nine Tails,’ a fantasy film released in 1994. Park Heon-su directed the film, which starred him in the starring role. A female nine-tailed fox and her aspirations to become human were the focus of the story. In 1995, he made his first notable television appearance in the film ‘Asphalt Man,’ in which he played an aspiring racing driver.

He went on to star in the gangster picture ‘Beat’ a few years later. Kim Sung-su directed the film, which depicted him as a high school dropout forced to become a gangster. The picture was well-received by the public, and it helped Jung launch his acting career. In the 1999 film ‘City of the Rising Sun,’ he played a pivotal role. The film, directed by Kim Sung-su, was about two close friends who were both failing in their careers.

‘Musa,’ a South Korean epic film released in 2001, is one of Jung Woo-most sung’s notable works. Jung appeared in the film, which was directed by Kim Sung-su, alongside Ahn Sung-ki, Joo Jin-mo, and Zhang Ziyi. The film followed a Korean peace delegation as they journeyed back to Korea across the harsh deserts of Northern China. The movie was a financial success.

In the 2010 film ‘Reign of Assassins,’ Jung performed a supporting role. The film, directed by Su Chao-pin and John Woo, was about an assassin who tries to live a regular life after receiving advice from a monk. However, after defending herself and her husband from robbers, she attracts the attention of her previous assassin squad. Michelle Yeoh, Jung Woo-sung, Wang Xueqi, Barbie Shu, and Shawn Yue were among the cast members.

‘Cold Eyes’ is yet another noteworthy film in Jung’s career. The film was a remake of the 2007 Hong Kong film ‘Eye in the Sky,’ directed by Cho-Ui Seok and Kim Byeong-seo. The plot revolved around officers from a crime unit’s surveillance team attempting to bring down a bank robbery ring. Sol Kyung-gu, Jung Woo-sung, Han Hyo-joo, and Jim Kyeong were among the cast members. The film was a big commercial success and also received a number of accolades.

Jung Woo-relationship sung’s with actress Lee Ji-ah was confirmed in 2011. However, it was later rumored that they had broken up. On set, Jung is noted for being cooperative and helpful to his younger coworkers.