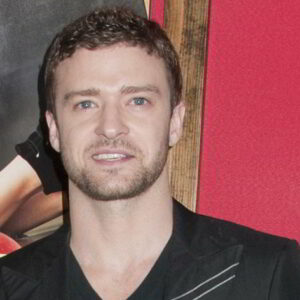 Justin Timberlake is a six-time Grammy Award winner and 20-time Grammy Award nominee who is one of the most popular and commercially successful vocalists in the world. He is one of the most successful performers, with albums that have reached the top of the charts and sold millions of copies around the world. He rose to prominence as the youngest member and main singer of the boy band ‘N Sync,’ which is regarded as the music industry’s third best-selling boy band. Later in his career, he went solo and created the bestselling albums ‘Justified,’ ‘FutureSex/Love Sounds,’ and most recently, ‘The 20/20 Experience.’ Timberlake, known as the ‘prince of pop music,’ has established himself as one of the entertainment industry’s ‘A list’ personalities. Timberlake is one of the wealthiest stars in the American music industry, with an estimated net worth of $100 million. He is also a rising actor who has starred in films such as “The Social Network,” “Friends With Benefits,” “Alpha Dog,” “Black Snake Moan,” and “Richard Kelly’s Southland Tales.” Continue reading this biography to learn more intriguing facts about his childhood, personal life, and career accomplishments.

Justin Timberlake was born to Lynn Harless and Randall Timberlake in Memphis, Tennessee, and was raised as a Baptist.
On the TV show ‘Star Search,’ he performed the role of country music singer ‘Justin Randall’ when he was 11 years old.
He was a part of the Walt Disney TV show ‘The Mickey Mouse Club’ from 1993 to 1994.
He joined the American boy band ‘N Sync,’ which was organized by manager Lou Pearlman, in 1995.

‘N Sync’ released their first single, ‘I Want You Back,’ in 1996, which was a massive hit and reached the top of the charts. ‘N Sync’ released their debut album, ‘*NSYNC,’ in 1998, which included the hit single ‘Tearin Up My Heart.’
He made his acting debut in the ABC television movie ‘Model Behaviour,’ directed by Maggie Lawson, in the year 2000. The increase of his celebrity caused internal conflicts within the band ‘N Sync,’ which finally led to the band’s disbandment.
He performed at the MTV Video Music Awards in August 2002, where his debut solo single ‘Like I Love You’ was launched. His debut solo studio album, ‘Justified,’ was released in November 2002. ‘Like I Love You’ and ‘Cry Me a River’ were two of the album’s major singles.
He recorded the song ‘I’m Lovin’ It’ whilst on the ‘Justified/Stripped Tour’ with Christina Aguilera in 2003. He was featured on Nelly’s song “Work It” the same year.
He starred as journalist ‘Joshua Pollack’ in the American thriller ‘Edison Force’ in 2005.
He appeared in films such as ‘Alpha Dog,’ ‘Black Snake Moan,’ and ‘Richard Kelly’s Southland Tales,’ as well as in the song ‘This Train Don’t Stop There Anymore’ as a young Elton John. He made a cameo appearance in the music video for Nelly Furtado and Timberland’s hit “Promiscuous” in 2006.
His second solo album, ‘FutureSex/LoveSounds,’ was released on September 12, 2006. ‘What Goes Around… Comes Around’ and ‘SexyBack’ were two of the album’s biggest hits. He made an appearance in 50 Cent’s album Cutis in 2007, and he co-wrote, produced, and sang vocals for Duran Duran’s album ‘Red Carpet Massacre’ on the tracks ‘Nite Runner’ and ‘Falling Down.’
In the David Fincher film ‘The Social Network,’ he played ‘Sean Parker,’ the inventor of ‘Napster.’
In 2011, he co-starred with Mila Kunis in the film ‘Friends with Benefits.’ The film was a huge box office success.
‘The 20/20 Experience,’ his third studio album, was published in 2013, and it became one of his best-selling albums.

In 2004, he won a Grammy Award for Best Male Pop Vocal Performance for his song “Cry Me a River.” The song was voted number 20 on Rolling Stone’s list of the “100 Best Songs of the 2000s.”
His album ‘FutureSex/LoveSounds’ was nominated for multiple Grammy Awards and went on to sell over 10 million copies throughout the world. The album debuted at number one on the Billboard 200 chart.

He began dating Britney Spears in 1999, and the two were together until March 2002.
He began a romantic relationship with actress Cameron Diaz in 2003, but the couple split up in 2006.
He began dating actress Jessica Biel in 2007, and the two married in 2012. He revealed in 2008 that he has attention deficit hyperactivity disorder (ADHD) and obsessive–compulsive disorder (OCD).

Justin Timberlake has a net worth of $250 million.

The Mc Donald’s I’m Lovin’ It’ campaign was inspired by his song I’m Lovin’ It. For this, he was reportedly awarded a $6 million royalty.
During the Super Bowl XXXVIII halftime show in 2004, this legendary vocalist tore a piece of Janet Jackson’s black leather suit. This Grammy Award winner once slammed a 15-year-old girl against a wall and yelled at her because she said he wasn’t as cute as JC Chasez.