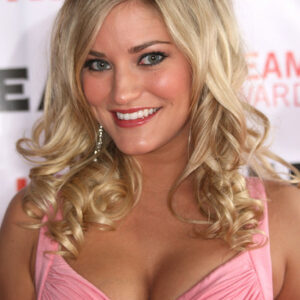 Justine Ezarik is a YouTube sensation known as iJustine. iJustine is a whirlwind of popularity and admiration, with fans ranging from tech-geeks to people feasting on her unique sense of humor. With films like ‘Google Glass review’ and ‘I want a cheeseburger’, iJustine has done it all! Justine’s relationship with her fans has only improved since she gained fame by sharing her personal life on ‘Lifecasting’. No wonder she has over 3 million devoted fans who will do anything to show their eternal devotion! Ezarik is living the dream life and her impressive list of accomplishments illustrates how far hard effort can go!

Justine may be one of the most popular YouTubers today, but her early years were everything but! Justine first garnered fame as a Lifecaster who directly engaged with a million viewers on her channel ijustine.tv. Justine was called a New Media Star, a Lifecasting Star, and even one of the Web’s most popular Lifecasters. In the wake of her success on ‘Lifecasting,’ Justine decided to branch out and launch a ‘YouTube’ channel, iJustine. And like a strong wind, iJustine became a smash with her first upload, ‘300 page iPhone bill,’ which received over 3 million views.

With this type of attention at her debut, iJustine became an international phenomenon and a mega-popular YouTuber of this generation! Justine’s channel and popularity are here to stay with 3 million subscribers! iJustine, a YouTube channel with video ranging from cooking to unboxing a drone, has gained a big internet following in a short period. Her vlogs and reviews have also left viewers intrigued and entertained. iJustine’s channel is full of hilarity that will have you in splits in minutes. Proof? With videos ranging from ‘iPad pro unboxing’ to ‘BEP- parody’, it is easy to see why! Justine has even launched a second gaming channel called ‘iJustine Gaming’ where she is seen killing it on ‘Minecraft’ and ‘CoD’. Miss Justine can do anything!

Why Is Justine Ezarik Unique?

The amazing thing about this techie/gamer/vlogger/YouTuber is that she is also an actress and a novelist. Miss Ezarik has proven time and time again that what she brings to the table is just incomparable and fantastic!

Since her debut in the media, Ezarik has been honored with titles and appreciation from the public. Justine was also nominated for Best Vlogger at the 2010 Streamy Awards. General Electric recruited her to create video material for their Healthy Imagination Campaign, which received 2 million views! Justine was nominated for a Webby Award for ‘Best Host’ and received a Streamy Award in the Lifestyle category. Aside from her internet and TV stardom, Miss Justine has written her own book, ‘I, Justine. An Analog Memoir’, she takes her readers behind the scenes, showing them how she got here.

Justine Ezarik was born in Pittsburg, USA, on March 20, 1984. Her parents were both teachers and coal miners. Breanne and Jenna are her sisters.

Justine Ezarik aka iJustine has a net worth of $2 million dollars. IJustine, aka Justine Ezarik, was an early online sensation. After graduating from Pittsburgh Technical Institute in 2004, iJustine planned to pursue a career in graphic design and editing, but ended up placing second in a Yahoo online video contest.