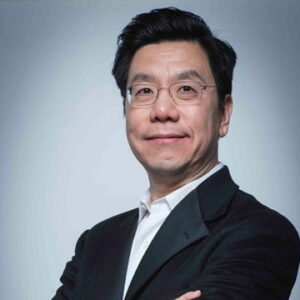 Kai-Fu Lee is a computer scientist, entrepreneur, microblogger, and executive from Taiwan. His most well-known title is “Investment Capitalist in Information Technology.” Despite being Taiwanese, Lee is regarded as one of the most important and powerful figures in the Chinese internet sector. Google, Microsoft, and Apple are among the main internet corporations for which Lee has worked. He is one of China’s most popular and following microbloggers. In addition to his many professional endeavors, Lee gives back to his community by mentoring and advising young Chinese individuals. He has millions of social media followers and established a venture capital fund to encourage internet and computing firms.

Carnegie Mellon University awarded him a Doctor of Philosophy (Ph.D.) in computer science in 1988.
He invented and constructed the first speaker-independent, continuous speech recognition system while pursuing his doctorate. The name of the system, Sphinx, served as Lee’s thesis.

In 1986, he co-founded “Bill,” a Bayesian learning-based system. “Bill” was utilized to assist win the US national computer tournament. The program was utilized in the Othello board game.

After graduating from Carnegie Mellon University, he joined the University’s faculty.
In 1990, he became Apple’s chief research scientist. At Apple, he oversaw R&D divisions responsible for the Plain Talk, Casper, Apple Bandai Pippin, and Gala Text initiatives (used for Mac Computers). He worked with Apple from 1990 to 1996.

In 1996, he left Apple to become the vice president of the Web Products Division of Silicon Graphics. A year later, Lee was appointed president of Cosmo Software’s multimedia software branch.

In 1998, he accepted a position with Microsoft that forced him to relocate to Beijing, China. He helped build the Microsoft Research (MSR) division during his time there. It was formerly known as MSR China and is regarded as one of the greatest computer science research laboratories in the world. The name was eventually changed to MSR Asia.

In 2005, Google lured Lee away from Microsoft with an unusual deal. They offered him a remuneration package in excess of $10 million, including a $2.5 million cash signing bonus and an additional $1.5 million cash one year later.

In 2009, he left Google to establish his own venture capital firm, Innovation Works. The goal of the $115 million program is to produce five successful Chinese startups per year. These firms will be in the internet and mobile internet, as well as massive hosting services (Cloud Computing).

During his collegiate years, he co-founded the “Bill” Othello program. In the United States championship, “Bill” defeated a human champion.
He founded the Microsoft Research Division in Beijing, China, in 1998.
He started Google China in 2005.

In 2009, he founded “Innovation Works,” a venture capital firm meant to assist Chinese entrepreneurs in launching their digital businesses.
Later in 2009, he co-founded the online retailer LightInTheBox Holding Co., Ltd., which offers a wide variety of products.

In 2002, he became a member of the Institute of Electrical and Electronics Engineers.
He was awarded an honorary doctorate by the City University of Hong Kong in 2010.

In 1983, he wed Shen-Ling, and the couple had two children: Jennifer and Cynthia.
Microsoft sued Lee, along with Google, in 2005. Microsoft asserted that he breached his non-compete clause by beginning work at Google less than a year after leaving Microsoft.

A Washington Superior Court judge issued a temporary restraining order against Microsoft. Thus, Lee was unable to work on any Google projects that could potentially compete with Microsoft.
Google and Microsoft struck a confidential settlement in 2005.

In 2013, he was banned from Weibo for three days after complaining about China’s tight internet censorship on the platform.
In September 2013, he publicized his lymphoma diagnosis on social media, notably on Weibo.

Kai-Fu Lee is one of the wealthiest entrepreneurs and one of the most well-known entrepreneurs. According to our research, Wikipedia, Forbes, and Business Insider, Kai-Fu Lee has an estimated net worth of $1.5 million.

Lee was rejected from Harvard and placed on the waiting list for Stanford, Yale, and Princeton.
He had never had a girlfriend before his sisters matched him up with Shen-Ling on a blind date. In 1983, a year later, they got married.
After 17 months of cancer treatment in Taiwan, Lee returned to China to resume his career.