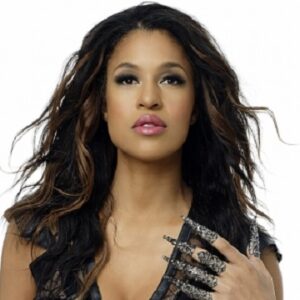 Kali Hawk is an actress and comedian from the United States who has been in a number of popular television shows and films. She is also well-known as a model, having appeared in numerous high-profile publications. She is best recognized for her recurring role as ‘Shelby’ in Zooey Deschanel’s American popular television series ‘New Girl.’ Her role in the 2011 mega successful comedy picture ‘Bridesmaids’ is another remarkable triumph. Kali Hawk has appeared in a number of commercials, advertising, and music videos throughout the years, gaining her a great deal of fame and recognition. She has a sizable fan base, especially on social media platforms like ‘Twitter’ and ‘Instagram.’ She’s come a long way since her acting debut in 2004, and is now one of the most well-known faces on American television.

Kali Hawk was regarded as a child prodigy as a result of her academic excellence as a child. She began high school when she was twelve years old and was admitted into the State University of New York at Purchase before she was sixteen. She was a regular in university productions and eventually started performing commercials. Her acting career began in 2004, but her first significant role was in the 2006 thriller ‘Holla.’

She has appeared in a number of films since then, including ‘Bridesmaids,’ ‘Get Him to the Greek,’ ‘Couples Retreat,’ and ‘Let Go.’ Kali Hawk has also appeared in movies including “Gotham Café” and “Where is Love Waiting.” Her performance as ‘Hannah Steele’ in the 2016 satire of ‘Fifty Shades of Grey,’ dubbed ‘Fifty Shades of Black,’ has garnered her a lot of attention recently. ‘New Girl,’ ‘Jimmy Kimmel Live,’ ‘Psych,’ ‘Let’s Stay Together,’ and ‘Black Jesus,’ among others, have featured her.

She’s starred in advertisements for major brands like KFC, Clorox 2, and MTV Europe. Kali Hawk has also starred in music videos for KoRn, Norah Jones, T.I., and Usher, among others. She starred in the Spike Lee comedy ‘Lovers & Haters’ alongside Mariah Carey.

Kali Hawk was born in The Bronx, New York, on October 4, 1986. She is from a mixed-race family with Native American, German Jewish, and African-American ancestors. She was born and reared in Manhattan, and as a child prodigy, she began high school at the age of twelve.

Her father worked in merchandising, and her mother worked as a buyer for Bloomingdale’s. She began her acting career in college plays, when she was discovered by an agent. She began studying acting as a course at SUNY Purchase when she was sixteen years old. She is not yet married. Her personal life is largely unknown. She was rumored to have had an affair with Faizon Love in the past, although there was no proof of this.

Kali Hawk is one of the wealthiest TV actresses and one of the most popular. Kali Hawk’s net worth is estimated to be $1.5 million, according to Wikipedia, Forbes, and Business Insider.