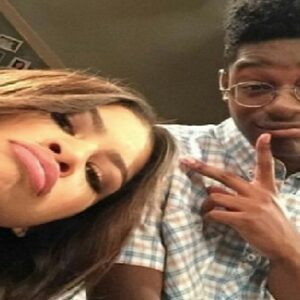 Kamil McFadden portrays Ernie Cooper in the popular Disney television series “K.C. Undercover.” The sitcom, which debuted in January 2015, is currently in the middle of its second season and has already received a third season renewal. Before appearing on the program, Kamil had a role in the 2012 animated film “Rise of the Guardians” as a voice actor. He also played the character of “Bumpty” in the 2013 Adam Sandler film “Grown Ups 2.” Kamil, a Tyler Perry admirer, accomplished his lifelong dream of working with the star actor when he made two appearances on the comedy “House of Payne” in 2010. Additionally, Kamil appeared as Ernie Cooper in a crossover episode of the television show “Austin & Ally” in 2015. On the Disney set of their show in 2015, Kamil and his on-screen sister Zendaya, who is the same age and graduated together, held their pre-graduation party.

When Kamil was just six years old, he began acting in nearby plays. Kamil joined the Youth Ensemble of Atlanta at the age of eight, where he developed his acting, singing, and dancing abilities. Kamil also had the chance to travel for a 6-day visit in China during this time. But when Kamil, then 15, and his mother initially relocated to Los Angeles, California, in 2015, they encountered difficulties. The family’s financial situation was not very favorable at the time, but Kamil continued to apply for employment to support his family. He is appreciative to Disney for finally casting him in the appropriate role. Even in his theater days, according to Kamil, he was aware of his desire to be on television because it is a “global” medium. He is motivated to do better by the knowledge that anyone in the world can grin while watching him on television.

Why Kamil McFadden Is So Unique?

The popularity of “K.C. Undercover” helped Kamil McFadden become more self-assured in addition to making him famous. He has certain emotional ties to the character of Ernie he is portraying. Like Ernie, he is familiar with what it’s like to be the underdog. He claims that people don’t always take him seriously because, like Ernie, he occasionally acts awkwardly and silly. But when the moment is perfect, he can take his responsibilities seriously. He did, however, add that, in contrast to his on-screen smart character, his tech knowledge is just fundamental. Kamil considers it an honor that someday, other children will remember his show and his persona because he grew up watching great Disney cartoons.

On Instagram, Kamil has 137k followers and is active on the platform. Numerous of his social media updates include the hashtag #MelaninMonday. In a world where prejudice and hatred are common, Kamil makes it clear that it stands for the propagation of love and positivity. Kamil is happy to be a part of the movement, which started to highlight the beauty and uniqueness of people of all races. In September 2016, as part of the “Summer of Service” initiative run by Disney and Baby2Baby, Kamil and his on-screen sister Trinitee Stokes presented bags filled with school materials to deserving schoolchildren.

Past Fame of Kamil McFadden

The cast of Kamil McFadden’s show is like an extended family to him, and he has a unique bond with Zendaya, who plays his on-screen sister but is really like a real sister to him. They socialize and attend shows and movies together. He claims that their on-screen behavior closely resembles how they behave in real life. Kamil tries to learn from Zendaya, who serves as the show’s producer, about how to handle a problem and steer the program in the manner she desires. He hopes to apply this experience when he becomes a producer of his own television program in the future. He wants to make a sitcom that families can watch together since he enjoys the family vibe.

On September 10, 1996, Kamil was born in Atlanta, Georgia. A professional football player named Kimario is his older brother. Kamil is an amateur football and basketball player who supports the football team Tampa Bay Buccaneers and the basketball franchise Cleveland Cavaliers, respectively. Kamil is also interested in photography and aspires to have the same credentials as Kevin Durant as a photographer. As a teenager, Kamil was homeschooled and had a small circle of friends.

American actor and model Kamil McFadden. Kamil McFadden has a net worth of $1.5 million as of 2022. In the 2018 action and comedy movie “Rising: Secret Warriors,” he played Patriot, and in the comedy “Grown Ups 2,” he played Bumpty (2013). He is up for many awards, including the Young Entertainer Award.