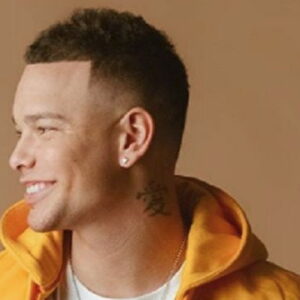 American country music performer Kane Brown is best known for his number-one hits “What Ifs,” “Heaven,” and “Used to Love You Sober.” He is already well-known in the country music world despite his youth. As a young child, he had a passion for music and was initially an R&B fan. After winning a competition when he was in the 11th grade, Kane later started concentrating on country music. He was aware of the potential in his deep voice and had an innate sense that he would succeed in the country music industry. He immediately began sharing YouTube videos of his covers. He quickly developed a devoted fan base, and in June 2015, he published his first EP, entitled “Closer.” In the top ten of the Billboard Country Albums chart, it was a big success. After that, he put out a couple of singles that also did well. As a result of his early success, Kane decided to join RCA Nashville and put out his debut full-length album, titled “Kane Brown.” He became known as an up-and-coming artist in the country music genre because of the success of this record as well. He has received numerous nominations for accolades and is the first artist in the history of country music to simultaneously have a number-one hit on each of the top five country charts.

On October 21, 1993, Kane Allen Brown was born in a remote area between Chattanooga, Tennessee, and northwest Georgia. He had a difficult upbringing because his mother was a single parent. His family regularly relocated from one town to another, and he occasionally lived on the streets. They eventually made Red Bank, Tennessee, their permanent home.

He attended many schools as a child. In Fort Oglethorpe, Georgia, at Lakeview-Fort Oglethorpe High School, he sang with his buddy Lauren Alaina, who later finished second on American Idol season 10.
He was raised on R&B and country music, and at first, was more interested in the latter. However, he changed to country music after singing Chris Young’s “Gettin’ You Home” to win a competition in the 11th grade.

In 2013, Kane Brown submitted audition tapes for both “American Idol” and “X-Factor,” for which he was chosen. He decided to leave the program nonetheless since he was more interested in pursuing a solo career when the show’s producer sought to put him in a boy band.
He started publishing his versions of popular singles online after leaving “X-Factor.” He rapidly gained a sizable online fan base. Songs by artists including Brantley Gilbert, Billy Currington, Alan Jackson, and Lee Brice were covered in his videos.

His viral cover of George Strait’s “Check Yes or No” propelled him to new heights of online fame. His videos eventually received millions of views. He shared a teaser of his original tune “Used to Love You Sober,” which was first made available on his Facebook page, feeling inspired by the response. Within the first three hours after posting, it drew a million views, and over the course of the following two weeks, it received eleven million.

He took the next step by publishing his first EP, named “Closer,” on June 2, 2015, after becoming a household name in the world of online music. The money he obtained through the crowd-funding website “Kickstarter” was used to produce the six-song EP. In its first week of release, it sold 3,200 copies and debuted at number 22 on the Top Country Albums list. Don’t Go City on Me, the single, debuted at number 43 on the Country Digital Songs chart.

He launched a number of hit singles during the following months, with ‘Used to Love You Sober’—which was released on his birthday, October 21, 2015—standing out. According to the Country Digital Songs list, it peaked at number two. Within just two days of its release, the song sold more than 38,000 copies! I Love That I Hate You and Last Minute Late Night were the other singles he released at this time.
He had a very productive year in 2016 overall. His debut full-length album was released in December after his EP “Chapter 1” came out in March. The record was a huge success and received a platinum certification in the US.

He signed with Sony Music Nashville on January 27, 2016, and in March his first EP, titled “Chapter 1,” was made available. The EP debuted on the US Billboard 200 at position 9, and it also peaked at position 3 on the Top Country Albums list. Within the first week, it sold more than 30,000 pieces.

His debut record, which bears the same name, debuted on December 2, 2016, and peaked at number one on the Top Country Albums chart and number five on the US Billboard 200. Thunder in the Rain, What Ifs (with Lauren Alaina), “Hometown,” “Ain’t No Stopping Us Now,” “Setting the Night on Fire,” and “Heaven” were just a few of the album’s major songs (deluxe edition bonus track).

In April 2017, Kane Brown announced his engagement to Katelyn Jae while performing in Philadelphia. Currently, the pair resides in Nashville.

He made history in 2017 when he had singles at the top of all five major country charts at the same time!
Lauren Alaina, the season 10 runner-up on “American Idol,” attended the same university as this well-known singer.