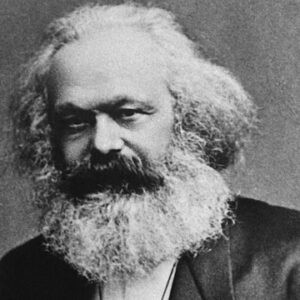 Karl Marx was a philosopher, political economist, and revolutionary who founded socialism on scientific grounds in the nineteenth century. Marx had been studying philosophy and history since he was a child and was on his way to becoming an assistant professor of philosophy when his life took a turn for the worse and he became a revolutionary. He began engaged in a variety of political activities at an early age and addressed a wide range of social issues. He is noted for his historical analysis and arguments for a logical understanding of socioeconomic change through radical action, among other things. While Marx was a relatively unknown individual during his lifetime, his views, which became known as ‘Marxism,’ began to have a significant impact on workers’ movements only a few years after his death. When the Marxist Bolsheviks won the Russian October Revolution, the revolution he instigated attained its pinnacle, and numerous theoretical forms of communism such as Stalinism, Trotskyism, and Leninism began to branch out from ‘Marxism.’ Some of his most well-known publications, like as ‘The Communist Manifesto’ and ‘Das Kapital,’ had a significant impact on political figures such as Vladimir Lenin, Mao Zedong, and Leon Trotsky.

Karl Marx was born into an Ashkenazi Jewish family in Trier, in the Kingdom of Prussia in the Lower Rhine. Herschel Marx, Karl’s father, was a lawyer, and Henrietta Pressburg, Karl’s mother, was a semi-literate Dutch Jew. He was the third of his parents’ nine children to be baptized in the Lutheran Church.
He received a private education until 1830, when he enrolled at the University of Bonn to study literature and philosophy. He became a member of the Poets’ Club, a radical organisation, and the ‘Trier Tavern Club Drinking Society,’ subsequently becoming its president.
His academic performance at the university began to decline, prompting his father to transfer him to the University of Berlin, which was more disciplined. He grew more concentrated and pursued law, while also becoming interested in the works of G.W.F. Hegel, a well-known philosopher. He also became a member of a local ‘Hegelianism’ guild.
After his father died unexpectedly, his family’s income fell, and he began writing to help maintain his family. He wrote a number of fiction and non-fiction works before abandoning writing to pursue his interests in art history, philosophy, and languages. In 1841, he finished his dissertation, ‘The Difference Between Democritean and Epicurean Philosophy of Nature.’
In 1842, he relocated to Cologne and worked as a journalist for the radical ‘Rheinische Zeitung,’ earning a decent living to support his family. He began expressing his opinions on social issues and economics through this journal, and published an article harshly criticizing the Russian monarchy. Tsar Nicholas I then demanded that the Prussian government prohibit the Rheinische Zeitung, which was eventually done in 1843.

Marxism and Communism are two terms that are often used interchangeably.
In October 1843, Marx moved to Paris and became co-editor of the ‘Deutsch-Französische Jahrbücher,’ a new radical publication that aimed to provide a common forum for both German and French radicals. ‘On the Jewish Question’ and ‘Introduction to a Contribution to the Critique of Hegel’s Philosophy of Right’ were two of his articles published in the publication. Only one of them was published in 1844, and it garnered positive reviews from both readers and reviewers.
German nations prohibited the publication after it published sarcastic odes to King Ludwig of Bavaria, and it was eventually shut down. Following that, Marx began writing for another Paris journal, ‘Vorwarts!,’ in which he expressed his ideas on socialism based on Hegelian ideologies. Simultaneously, he chastised other socialist groups functioning throughout Europe.
On August 28, 1844, he met Friedrich Engels, who would become one of his closest friends and eventually assist him in shaping his philosophical ideas. Soon after, the two began working together on a variety of literary works, as well as conducting considerable research into the ‘political economy,’ a subject that Marx would devote the rest of his life to. His ‘political economy’ research resulted in a significant book, ‘Das Kapital,’ which became one of his finest works.
Marx’s concept of ‘political economy,’ afterwards dubbed ‘Marxism,’ was a perfect union of Hegelism, English economics, and French utopian socialism. In August of 1844, he released ‘The Economic and Philosophical Manuscripts,’ which contained all of his views.
Following the closure of ‘Vorwarts!,’ Marx and his buddy Engels relocated from Paris to Brussels in 1845. During a brief journey to England at this time, they wrote the book ‘German Ideology,’ while seeing the leaders of the ‘Chartists,’ a local socialist movement.
Following the publication of the book, Marx sought to put his views into practice, claiming that a “revolutionary movement” was required from the basis of a fully “scientific materialist” philosophy. He also authored ‘The Poverty of Philosophy,’ which was published in 1847, during this time.
Along with Engels, he became a member of the ‘League of the Just,’ a radical group. He was certain that this ‘League’ was his best chance to express his ideas for a working-class revolution, but in order to do so, he needed to ensure that the league stopped operating as an underground organization and became a full-fledged political party.
Members of the ‘League’ were finally persuaded, and by 1847, it had established itself as an official political party known as ‘The Communist League.’
All of Engels-publications Marx’s set the way for one of his most important political pamphlets, named ‘The Communist Manifesto,’ which was released in 1848 and compiled the new communist doctrines. The manifesto called for the abolition of capitalism and the replacement of it with socialism. Europe experienced a series of upheavals in the same year as a result of the emerging communist movement, which became known as the ‘Revolution of 1848.’ He was obliged to return to France during this period.

Later Years of the Communist League

When he returned to France in 1848, he relocated the Communist League’s headquarters to Paris and established a separate German Workers’ Club for the city’s many German socialists.
He moved to Cologne in order to propagate anarchy in Germany, and released a shorter version of the ‘Communist Manifesto’ called ‘Demands of the Communist Party in Germany.’
He quickly started publishing the ‘Neu Rheinische Zeitung,’ a daily newspaper that presented Marxist interpretations of all world events. His extremist ideas drew the attention of the police, and he was detained shortly after.
Anti-revolutionary measures were ordered by the then-Prussian king, Frederick William IV, and as a result, Marx’s publication was suppressed and he was requested to leave the country on May 16, 1849. He relocated to London, where he would spend the rest of his life.
Due to an ideological schism inside the Communist League, a broad rebellion erupted across Europe around the end of 1849, which Engels and Marx thought would mean the party’s demise. Marx got affiliated with the socialist German Workers’ Educational Society soon after, but resigned on September 17, 1850, after falling out with the guild’s members.
Despite his family’s poverty, Marx dedicated his life to reorganizing the revolutionary working class while also working as a reporter for the New York Daily Tribune.
He quickly began producing articles on a regular basis to supplement his income. The New York Daily Tribune would become Marx’s most effective means of gaining sympathy and support for his ideas on the other side of the Atlantic.

Marx left the New York Tribune in 1863 to write ‘The Eighteenth Brumaire of Louis Napolean,’ and joined the ‘International Workingmen’s Association’ in 1864.
The ‘Paris Commune,’ when citizens of Paris attempted to overthrow the government and controlled the city for two months, was one of the most significant events during his time with the International Workingmen’s Association. He wrote ‘The War in France’ in defense of the people in response to this deadly insurrection.
Marx’s health began to worsen in the last decade of his life, and his creative impulses began to wane. He grew more inwardly focused on his family, and it is thought that he became more adamant about his political beliefs.
After Tsar Alexander II was killed in 1881, Marx praised the Russian radicals’ unselfish valor in their attempt to destroy the regime.
Even after leaving politics, he remained a powerful figure in the socialist movements of the working people.

The Communist Manifesto, which was published in 1848 and is considered one of the “world’s most influential political documents,” was Karl Marx’s first major publication. The book was first published in French, but it was also translated into English. It was also released in four sections as a ‘comic-book.’
‘Das Kapital’ was a three-part publication, the first two of which were edited and published after Marx’s death by Freidrich Engels. The book has been translated into Russian, English, French, and German, with the Russian version selling the most copies in a single year—over 3,000 copies.

On June 19, 1843, Karl Marx married Jenny in a Protestant chapel in Kreuznach. The couple had a total of seven children together. Marx became a recluse in his later years, visiting a number of health retreats to recover. His life was devastated when his wife died on December 2, 1881, and his eldest daughter died on January 11, 1883. The following year, he died of a lung abscess.
Marx’s views had a huge impact on the world, and his works spawned a new communist school known as ‘Marxism.’ Today, Marxism has spawned a slew of communist schools like ‘Stalinism,’ ‘Trotskyism,’ and ‘Maoism,’ as well as other Marxist variants including ‘Structuralist Marxism,’ ‘Analytical Marxism,’ and ‘Marxist Sociology.’

This legendary revolutionary and the ‘Father of Marxism’ was fond of giving his children odd nicknames like ‘Qui Qui’ and ‘Tussy.’
This well-known figure and the founder of ‘Marxism’ frequently ingested opium to alleviate the pain he was experiencing as a result of his liver troubles.