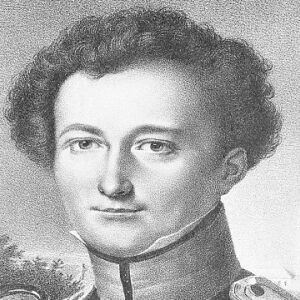 Carl von Clausewitz is regarded as one of the most influential strategy philosophers of the classical era. He spent the better part of his time serving on the field or researching war as a German military officer and theorist. Despite being centuries old, his thoughts continue to be referenced and have a significant influence on modern strategic thinkers. In fact, his thoughts on warfare and strategy are without a doubt the most quoted and contentious. It’s worth noting that his views are useful not only to military personnel, but also to historians, political scientists, business thinkers, and scientists, and as a result, they’re taught in major military institutions, business schools, and other organizations. He used more rationalist principles of the European Enlightenment as a realist. He joined the military when he was 13 years old and quickly rose through the ranks to become a Major General. His greatest opus, which was released posthumously by his wife, catapulted him into national and international prominence. His work has been translated into nearly every major language and continues to have an impact on modern strategists in a variety of fields.

Carl Von Clausewitz was born to a middle-class family in Burg bei Magdeburg, Prussia, as Carl Philipp Gottfriedvon Clausewitz. He was the family’s youngest kid, with three older siblings.

His father served in the Prussian Army as a Lieutenant and afterward worked for the Prussian Internal Revenue Service.

The Career of Karl

He enlisted in the military when he was 12 years old. He began his army career as a Lanco-Corporal and quickly rose through the ranks to become a Major General.
He served in the Rhine Campaigns from 1793 to 1794, including the Siege of Mainz during the French Revolution, when the Prussian army invaded France.

He enrolled in the Kriegsakademie, or German War School, in 1801. Following that, he attended the Berlin Military Academy and the Prussian Military Academy. He studied the works of philosopher Immanuel Kant while he was there.

General Gerhard von Scharnhorst admired him for his depth of knowledge and brilliance. He became a close colleague of Scharnhorst, together with Hermann von Boyen and Karl von Grolman, and assisted him in the restructuring of the Prussian army from 1807 to 1814.

Meanwhile, he began participating in the Napoleonic Wars in 1806 and stayed until 1815. He was Prince August’s aide-de-camp during the Jena Campaign. During the fight, Napolean invaded Prussia and destroyed Karl Wilhelm Ferdinand, Duke of Brunswick’s Prussian-Saxon force.

Napoleon’s forces captured him and imprisoned him as a prisoner of war in France from 1807 to 1808. He returned to Prussia after serving his term to help Scharnhorst, the Prussian Army’s and state’s Chief of Staff.

He quit the Prussian army and joined the Russian military forces after Prussia formed an alliance with Napoleon I. He served in the Russian campaign from 1812 to 1813, engaging in the Battle of Borodino.

Along with other Prussian commanders serving in the Russian Army, he joined the Russian-German Legion in 1813. During his service with the Russian army, he assisted in the negotiation of the Tauroggen Convention, highlighting the Prussian, Russian, and British alliance. The alliance eventually assisted in the defeat of Napoleon and the overthrow of his regime.

With the integration of the Russo-German Legion into the Prussian Army, he left the Russian Army and joined forces with the Prussian Empire. He was immediately promoted to the position of chief of staff of Johann von Thielmann’s III Corps.

In his new role, he participated in the Battles of Ligny and Wavre during the Waterloo Campaign in 1815. Despite losing the Battle of Ligny, his army recovered and effectively attacked Napoleon’s forces at the Battle of Waterloo.

His promotion to Major General was aided by his victory at the Battle of Waterloo. He was also named director of his alma institution, the Kriegsakademie, where he remained until 1830.

Though his service as a soldier is undeniable, it was his achievements as a military theorist that garnered him widespread acclaim. He wrote ‘On War,’ a book that summarized his main concepts and philosophies of war after a thorough, systematic, and philosophical investigation of the subject.

Despite the fact that it was unfinished when he died, the book was extremely useful since it introduced systematic philosophical pondering into Western military thought. The book’s material has significant consequences that are useful not just for historical and analytical writing, but also for practical policy, military training, and operational planning.

In 1832, his widow released his magnum opus after his death. She wrote the book’s prologue and, by 1834, had published numerous of his writings.

In 1803 he first encountered Countess Marie von Bruhl, a member of the noble German von Br hl family from Thuringia.

He married the Countess in December 1810, and they had a child together. He was able to associate with Berlin’s literary and intellectual elite as a result of his marriage.

After leading the Prussian troops to erect a cordon sanitaire to limit the outbreak of cholera in 1831, he died on November 16, 1831, in Breslau, Prussia.

This classic text by a German soldier and military thinker, ‘On War,’ gives a theory on battle and strategy.