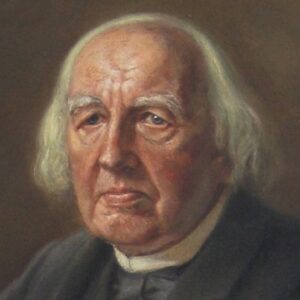 Karl Theodor Wilhelm Weierstrass was a German mathematician known as “the father of modern analysis” for his contributions to mathematics. He became well-known throughout the world as a result of his outstanding mathematical abilities. Despite having to leave the University of Bonn without completing his studies and receiving his diploma, he continued his education at the University of Munster, finally becoming a mathematics, physics, botany, and gymnastics instructor. One of Weierstrass’ major contributions in his career was stating the modern analysis theory, which he did with Augustine Cauchy. He also provided the first precise definitions of essential notions like as differentiability, limit, continuity, and convergence. With the publishing of a paper offering the solution of inversion of hyper elliptic integrals in 1854, he attained the greatest success of his career as well as worldwide reputation. He also contributed to the development of the Weierstrass-Erdman condition, which specifies the conditions under which an extreme can have a corner along a given axis and allows one to locate a minimizing curve for a given integral.

Karl Weierstrass was born in Ennigerloh, Kingdom of Prussia, on October 31, 1815. Wilhelm Weierstrass, his father, was the Mayor of Ostenfelde’s secretary. Theodora Vonderforst was his mother’s name.
While in high school, he became interested in mathematics at a young age. At such a young age, he achieved an unexpected level of excellence in the subject.

Karl went to the University of Bonn at his father’s request, since he wanted to prepare for a government job. He found himself in contradiction with what he really wanted to study: mathematics, because his studies were in the domains of law, economics, and finance. As a result, he paid less attention to his academic studies and continued to study mathematics in his spare time. As a result, he had to leave university without a degree, which was a dreadful conclusion.

Following that, he went to the University of Munster, which is a public university in Munster, North Rhine-Westphalia, Germany. It was well-known in the field of mathematics at the time. He finally became a certified teacher in the city after attending a teacher training program.

He also used to go to the lectures of German mathematician Christoph Gudermann, who is best known for introducing the Gudermannian function and the concept of uniform convergence. After Karl developed an interest in elliptic functions, he later became Karl’s tutor.

Karl Weierstrass began teaching in the West Prussian town of Deutsch Krone in 1843. From 1848, he taught at the Lyceum Hosianum in Braunsberg. He also taught physics, botany, and gymnastics in addition to mathematics.
During this time, his salary was so poor that he couldn’t even correspond with his coworkers. Despite this, he not only worked nonstop on analysis, but he also built a software known as the arithmetization of analysis. The study of this program was based on a thorough development of the real-number system. Later, he was able to create a continuous function with no derivatives at any point.

Karl Weierstrass was later appointed to an academic position at the University of Berlin at the age of 40. He had a huge influence on mathematics because of his brilliant teaching, and he drew gifted students from all over the world. Despite the fact that his contributions were widely shared by his listeners, these lectures were never published.
In 1854, he wrote a memoir on Abelian functions in the ‘Crelle’s Journal,’ which he considered a major achievement. The University of Königsberg awarded him an honorary degree, and in 1856, he was granted a job at the Royal Polytechnic School in Berlin. He has submitted a few papers to scientific journals in the years after that.
Weierstrass trained several prominent people, including philosopher Edmund Husserl and mathematician Carl Johannes Thomae.

Karl Weierstrass contributed to the theory of periodic functions, functions of real variables, elliptic functions, Abelian functions, converging infinite products, and the calculus of variations by devising tests for the convergence of series (Weierstrass M-test). He also advanced the idea of bilinear and quadratic forms.

In 1854, the University of Königsberg awarded Karl Weierstrass an honorary doctorate.
In 1881, he was elected a Fellow of the Royal Society, and in 1895, he received the Royal Society Copley Medal.

Though Karl Weierstrass did not marry during his lifetime, he is said to have had an affair with the widow of his deceased German mathematician buddy Carl Wilhelm Borchardt. He was also said to have fathered an illicit kid with her. However, there is no solid data to back this up.

From the beginning of 1850, he began to lose his health and suffer from continuous dizziness. As a result, he stopped taking classes for a long period. Because of his condition, he had to wait several years after being appointed by the University of Berlin to legally take up the position.

Despite his condition, he not only continued to attend classes, but he also elevated the university’s prestige to new heights. He became fully immobilized towards the end of his life. On February 19, 1897, he died of pneumonia. He was 81 years old when he died.
Karl Weierstrass is commemorated by the lunar crater Weierstrass and the asteroid 14100 Weierstrass.

The ‘Weierstrass Institute of Applied Analysis and Stochastics’ in Berlin was also named after him.