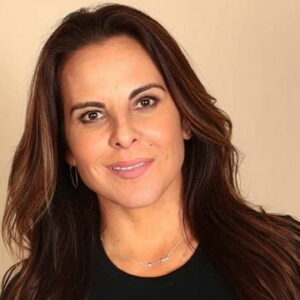 Kate del Castillo is a well-known Mexican actress who began her career when she was just six years old. In her early career, she appeared in a number of films and television shows until landing her breakthrough role in 1991 in the TV series ‘Muchachitas.’ She eventually climbed to become one of Mexico’s most well-known actors. She went on an international tour with the play ‘Cartas de Amor,’ the daughter of a well-known Mexican soap opera actress (Love Letters). She became so well-known that she was named one of the ’50 most attractive individuals in the world’ by the Spanish magazine ‘People.’ ‘The 33,’ ‘Jane the Virgin,’ and ‘American Family,’ to mention a few, have all featured the star in American films and television programs. Kate del Castillo has also adorned the glossy pages of some of Spain’s most famous publications. Aside from her acting, she is also recognized for her tumultuous relationships with a number of well-known figures. She got into a lot of difficulties with the Mexican government after she helped orchestrate a meeting between actor Sean Penn and Mexican drug kingpin El Chapo in October 2015.

Kate Del Castillo was born in Mexico City on October 23, 1972. Eric del Castillo, a well-known Mexican actor, is her father. Kate Trillo is her mother’s name.

She has a journalist sister, Verónica del Castillo, and a half-brother on her father’s side.

The Career Of Kate

Kate Del Castillo’s career began when she was a child. She made her acting debut in 1978 with the film ‘The Last Escape.’

The actress rose to prominence after acting in the 1991 television series ‘Muchachitas,’ which broadcast in various Latin American nations. Her participation on the show cemented her status as a full-fledged celebrity.

Del Castillo was cast in the character of ‘Narda’ in the Carlos Sotomayor-produced soap opera ‘Imperio de cristal’ in 1994.

In 2002, she was cast alongside Edward James Olmos in the American television series ‘American Family.’ The next year, the actress went on an international tour to promote her play ‘Cartas de Amor’ (Love Letters).

In 2007, she won an award for her role in ‘Under the Same Moon,’ a Fox Searchlight/Weinstein film that went on to become the most successful Spanish-language production in American history.

She was cast in Univision.com’s “Vidas Cruzadas” in 2009. The series amassed over two million video streams and became one of the most popular internet series, resulting in enormous success. Kate del Castillo also appeared in the fifth season of the comedy series ‘Weeds’ as a guest star.

In the year 2012, she starred in the film ‘Colosio: El asesinato.’ The assassination of Mexican presidential candidate Luis Donaldo Colosio inspired this film.

In the prime-time TV series ‘La Reina del Sur,’ Kate del Castillo played Teresa Mendoza, the ‘Queen of the South.’ This NBC/Universal TV series was based on one of Spanish novelist Arturo Perez-best-selling Reverte’s novels. The series’ final episode attracted 4.2 million viewers, making it a huge hit on television.

The Mexican actress has starred in commercials for high-end goods such as Ford and L’Oréal.

Her acting in ‘American Visa’ was acknowledged at the ‘Festival de Cine Iberoamericano de Huelva’ (2006). During the ceremony, she received the ‘Colón de Plata for Best Actress award.

In 2007, she was named one of the ‘Stars of the Year’ by the magazine ‘People en Espaol.’ The History Channel designated her “Network Spokesperson for National Hispanic Heritage Month” the same year.

The Mexican actress earned the Imagen ‘Best Actress’ award in August 2008 for her film ‘Under the Same Moon.’
In 2009, the Mexican Commission on Human Rights appointed her as its brand ambassador to aid in the fight against human trafficking.

Del Castillo won the ‘Premios People en Espaol’ award for best actress in 2011 for her role in ‘La Reina del Sur.’ In the same year, she was named to ‘People en Espanol magazine’s ’50 most attractive’ and ’25 most influential women’ lists.

El Chapo Guzmn has a connection to him.

Kate del Castillo wrote an essay about societal difficulties in Mexico on her social networking account on January 9, 2012, which featured a controversial plea to El Chapo Guzmán, a legendary Mexican drug lord.

Guzmán’s lawyer approached the actress in 2014 to inquire about the possibility of making a film about his life. As a result, orders were issued for an investigation into the actress’s ties to the drug lord.

Guzmán and American actor Sean Penn were also interviewed by Kate del Castillo. CISEN later revealed photos of the actress during talks with El Chapo Guzmán’s lawyer. The actress was once again under monitoring as a result of this.

A Mexican judge issued a detain-and-interrogate order on the singer on February 5, 2016. After del Castillo failed to appear in front of Mexican prosecutors, the order was issued.

The actress married football player Luis Garcia on February 3, 2001. The pair, however, divorced in September 2004.
In August 2009, Del Castillo married Aarón Daz (actor, singer, and model) in Las Vegas. It was then reported that the pair were divorcing.

The actress obtained a US citizen in 2015 and has been based in Los Angeles since then.

Kate del Castillo assisted in the inauguration of the ‘Blue Heart Campaign’ in 2010 to raise awareness about human trafficking.

In 2012, she posed for a PETA ad advising pet owners to keep their cats and dogs indoors to protect them.

Kate del Castillo has a net worth of $10 million dollars and is a Mexican actress.