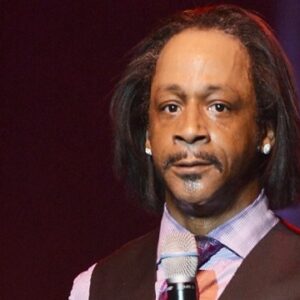 Katt Williams is a well-known American stand-up comedian and actor best known for his role as Money Mike in the television series ‘Friday After Next.’ With almost two decades in the entertainment industry, William has undoubtedly carved himself a well-deserved niche for himself. Williams’ creative endeavors began at a young age. He was a talented student who dropped out of school to seek a career in comedy. William has always known he had a propensity for making people laugh since he was a child. Soon after, he gave up everything (house, comforts, and schooling) to focus completely on his stand-up routines. When he first performed live stand-up comedy, he was under the age of eighteen. He went on to become a regular feature in comedy clubs and performances after honing his comedic talents and timing. He has also acted in films and television series, broadening his horizons and reaching a wider audience. People adore his pimp-like persona, which he portrays on TV and on stage. William has a long way to go despite his talent and effort.

Micah Sierra Williams, better known as Katt Williams, was born in Cincinnati, Ohio on September 2, 1971. He spent a lot of his childhood in Dayton. Williams went to Chaminade Julienne Catholic High School in the beginning. Following that, he attended at Colonel White High School, where he excelled academically.

He received multiple accolades for his science projects when he was 12 years old, earning him a full scholarship to the National Science Academy in Dayton. However, as weird as it may appear, when William learned about the scholarship, he purposefully failed the test to disqualify himself.

The creative forces of Williams beckoned to him. He immediately moved away from his parents in order to pursue his artistic goals. The thought that he would be stuck and destitute with no means of assistance did not dampen his optimism. William resided in a park in Coconut Grove, Miami, for four years. To make a living, he went door to door selling periodicals and books. He even robbed cars in order to obtain radios.

Katt Williams was under the age of 18 when he performed his first live stand-up comedy routine in an improv bar, where he was favorably welcomed. He quickly became a regular, performing regularly in bars around Oklahoma and Oakland, fascinated by the fact that the job allowed him to tickle the funny bone of the audience. He quickly honed his comic sense and delivery time to crack up the audience.

Williams has established himself as a notable comic on the entertainment industry by 1999. He performed at ‘The Improv,’ ‘The Comedy Club,’ ‘The Icehouse,’ and ‘The Hollywood Park Casino,’ among others. William quickly rose to prominence on the BET Network, appearing on shows like Comic View, Rip the Runway, Black Carpet, 106th & Park, The BET Awards, and the BET Comedy Awards.

Williams’ acting career took off while he was establishing his comic career. In 2002, he made his television debut in the American drama series ‘NYPD Blue.’ During this time, he also starred in the TV show ‘Wild n Out,’ which he appeared in for numerous seasons.

Williams made his cinematic debut in the stone comedy ‘Friday After Next’ in 2002. The third installment of the Friday series was released. His popularity grew as a result of the film, and he now has a global following. As a result, he became a force to be reckoned with in the comedy world.

Williams was cast as a stand-up comedian in the film ‘American Hustle’ in 2007. The film was a critical triumph, and it cemented Williams’ status as a mainstream comic. He also gave the voice for ‘The Boondocks’ in the same year. Later, in ‘Grand Theft Auto IV,’ he played a stand-up comedian on stage.

In the television series ‘My Wife and Kids,’ Katt Williams played Bobby Shaw, a recurrent character. He was also a roastmaster on Comedy Central’s ‘Roast of Flavor Flav.’ He appeared in films such as ‘First Sunday,’ ‘Norbit,’ ‘Internet Dating,’ ‘Lonely Street,’ ‘Cats & Dogs: The Revenge of the Kitty Galore,’ ‘Marshals,’ and others as a supporting actor.

In the year 2012, Williams returned to the stand-up comedy scene. In his third HBO comedy special, ‘Kattpacalypse,’ he was seen. He proclaimed his retirement on December 3 after being imprisoned, but he was released three days later to restart his career.

Williams embarked on his ‘Growth Spurt Tour’ in 2013. Williams is back on HBO with a new show called ‘Williams: Priceless: Afterlife,’ directed by Spike Lee.

Apart from acting and humor, Williams has also dabbled with music. Under the moniker Money Mike, he has rapped for a number of musicians, including Baby Bash, The Game, and Suga Free. Williams became an unofficial member of New York rapper Cam’ron’s group ‘The Diplomats’ in 2006. He recorded a diss song called ‘Lames in the Game’ in 2013 with Hell Rell.

The biggest break of Katt Williams’ life occurred when he made his acting debut in the stone comedy ‘Friday After Next.’ The film was favorably welcomed both critically and commercially as the third installment of the Friday series. Furthermore, despite the fact that Williams was already a well-known comic in club circles and on stage, his celebrity skyrocketed after ‘Friday After Next,’ making him a household figure. It helped him gain a worldwide following and made him extremely well-liked, appreciated, and adored.

Except for the fact that Williams is married to Quadirah Locus, little is known about Katt Williams’ personal life. Micah, the couple’s son, was born in 1995. The marriage, however, did not endure long and ended in divorce. William was granted custody of his child.

In addition to his biological son Micah, William has adopted children to whom he hopes to provide a nice life. He and his daughters relocated to South Dakota in 2008.

As per the report of statements, Katt Williams Net Worth is $ 10 Million US in 2022. He is one of the top comedian actors in the United States who has done numerous comedy films and TV shows.