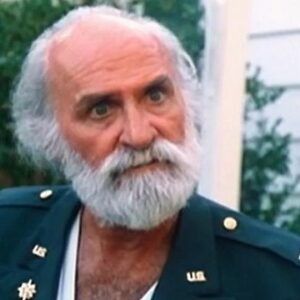 The most well-known performance of American actor Keenan Wynn in movies and television was in the movie “The Clock.” He was well-known for playing supporting roles for unconventional, unique, and frequently eccentric characters. The distinctive quality of Keenan was his expressive face, which he used to display a variety of moods and expressions. Despite the fact that Keenan rarely played the lead character, he was given prominent credit in the majority of his TV and movie performances. He made appearances in over 150 films and 25 TV episodes during the course of his distinguished career, which spanned more than four decades. He also enjoyed portraying villains in Disney movies. Aside from that, he generally portrayed arrogant yet dumb characters in movies. Keenan is notably seen with a well-groomed, flamboyant-looking mustache in various movies, which gave his roles an arrogant and evil air.

A show business family welcomed Keenan Wynn into the world on July 27, 1916, in New York City. His mother Hilda Keenan was an actress as well as a vaudeville performer, and his father Ed Wynn was a notable burlesque and television comedian. His mother came from an Irish-Catholic family, while his father was Jewish.

Frank Keenan, the maternal grandfather of Keenan, was among the first Broadway performers to achieve Hollywood success. Keenan’s father, Ed, urged him to pursue acting as a vocation early on.

In 1937, Keenan Wynn made two brief Broadway stage appearances in the production “Hitch Your Wagon.” Here, he first met the actress Evie Wynn Johnson, who later served as his manager, coach, and counselor.

Keenan had started working in radio at this point as well. From April to June 1941, he appeared in “The Amazing Mr. Smith” on Mutual Broadcasting System. He portrayed Mr. Smith, a “carefree young man who runs into problems aplenty and becomes an unintentional investigator,” in the film “Mr. Smith.”
He later began appearing in movies and television shows as well. He had an ongoing contract with Metro-Goldwyn-Mayer during the 1940s and 1950s. One of his earliest notable performances was in the 1945 classic wartime romance movie “The Clock,” where he played a rude, unsympathetic drunk.

In terms of his early television career, he and his father Ed both starred in “Playhouse 90: Requiem for a Heavyweight” in 1956. His father’s triumphant return to television thanks to this program came after professional setbacks brought on by divorce and numerous health issues.

After that, Keenan Wynn co-starred with his father and Rod Sterling in the television drama “The Man in the Funny Suit.” He appeared in the science fiction supernatural horror episode of “The Twilight Zone” titled “A World of His Own,” which was another Rod Sterling production.

Together with Olympic athlete Bob Mathias, Keenan co-starred in The Troubleshooters, an adventure program on NBC, in the early 1960s. He was also cast in a number of other TV programs, including “The Islanders” and “The Roaring 20s.” He also made an appearance in the television show “The Travels of Jaimie McPheeters.”

Keenan played the lead in the 1964 film “Bikini Beach.” The 1965 comedy “The Great Race,” in which he had a major part, was his next film. With the 1967 crime drama “Point Blank,” in which he co-starred with Lee Marvin, his film career continued to be successful.

He was in high demand by the leading filmmakers of the day as his fame grew. In 1968, he appeared as the lead in both Sergio Leone’s epic western “Once Upon a Time in the West” and Francis Ford Coppola’s musical “Finian’s Rainbow.”

In 1970’s “Santa Claus is Coming to Town,” Keenan also worked as a voice actor, lending his voice to the role of “The Winter Warlock.” He later appeared in a number of Disney projects, including “The Shaggy D.A.” in 1976, “Herbie Rides Again,” and “Snowball Express” in 1972.

In TV episodes like “Alias Smith and Jones,” “Emergency!” “Moving On,” and “The Bionic Woman,” he made a number of cameos. He appeared as a guest star in one of “Taxi’s” final episodes in 1983. In 1984, he also played the lead in the television movie “Call to Glory.”

The 1951 movie “Royal Wedding” had a supporting performance from Keenan Wynn. The Stanley Donen-directed movie included Fred Astaire, Jane Powell, Sarah Churchill, and Peter Lawford among its cast actors. The movie was successful commercially and was nominated for an Academy Award. Critics largely gave it positive feedback.

He made an appearance in the 1961 film “The Absent-Minded Professor.” The Robert Stevenson-directed movie centered on an odd professor. Fred MacMurray, Nancy Olson, Keenan Wynn, and Leon Ames all acted in it. The movie received three Oscar nominations and enjoyed tremendous box office success.
In the 1964 movie “Man in the Middle,” he played Lieutenant Winston. The murder trial of an American Army officer who killed a British officer was the subject of the narrative, which took place in India during World War II. The Winston Affair, a book, served as the inspiration for the movie.

In 1960, Keenan Wynn received a star at 1515 Vine Street in Hollywood on the Hollywood Walk of Fame.
For his part in the drama or comedy series “Police Woman,” he was nominated for an Emmy Award in 1978 in the category “Outstanding Lead Actor for a Single Appearance in a Drama or Comedy Series.”

In 1938, Keenan Wynn wed the theater actress Evie Wynn Johnson, with whom he had two daughters. Later, the couple got divorced. Betty Jane Butler was the subject of his second marriage, which again ended in divorce.
In 1954, he wed Sharley Hudson. They had three children together and were married till his passing.

Keenan Wynn was actively involved in a number of charitable projects and organizations throughout his later years. He has been a committed member of the Westwood Sertoma International service club in Los Angeles for a very long time.

Later in life, he developed pancreatic cancer, and on October 14, 1986, he passed away as a result of the condition. In California’s Forest Lawn Memorial Park in Glendale, he was buried next to his father.

One of the wealthiest and most well-known actors in movies is Keenan. Keenan Wynn’s net worth is roughly $1.5 million, according to our analysis of data from sources like Wikipedia, Forbes, and Business Insider.