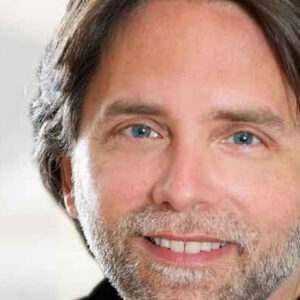 American businessman Keith Raniere is well known for founding the contentious MLM company and purported sex cult NXIVM. Keith, who was born in Brooklyn and moved to New York at the age of 5, completed his studies at Rensselaer Polytechnic Institute. In 1998, he joined forces with Nancy Salzman to start NXIVM, which provided executive success programs for personality development. A few months after the group’s founding, as Keith and Nancy received widespread media attention, allegations that they engaged in objectionable sexual behavior persisted. Over the years, Keith was repeatedly accused of leading a “sexual cult.” Sarah Edmondson, a Canadian actress, came out in 2017 and claimed that Keith had engaged in “unnatural and unhealthy” sexual practices. She claimed that Keith would brand his initials, KR, on their genital area while blindfolding his female followers. Following his arrest in March 2018 on suspicion of sex trafficking, Keith was put on trial for both sex trafficking and forced labor. Women who fell for his trap and accused him of engaging in coercive sexual activity with kids made a number of alarming allegations.

On August 26, 1960, Keith Raniere was born in Brooklyn to middle-class parents. While his mother taught ballroom dancing, his father worked in advertising. Keith was five years old when his family relocated to Suffern, New York, where he went on to complete his high school education. His mother passed away when he was 16 years old. Keith relocated to the Albany region of New York at about the same time.
Keith enrolled at Rensselaer Polytechnic Institute, where he asserts he has graduated with three degrees. He studied psychology and philosophy as minors while majoring in math, physics, and biology. Additionally, he has a BS in biology.

He claims to have been a “brilliant student,” but the real reports go in a different direction. When a probe was launched to confirm the veracity of his statements, it was discovered that he had been expelled from high school at the age of 16. According to accounts, Keith didn’t complete high school until he was 18 years old; in the meantime, he had already enrolled in the institute, which didn’t require a high school diploma to accept applicants.
Early in the 1990s, Keith founded a business named Consumer’s Buyline, which was accused of committing some scams and incorrectly choosing the pyramid scheme as its primary method of profit-making. After numerous attorneys argued against the company, Keith was forced to shut it down.

Over the ensuing years, he held a number of occupations primarily in New York City. In the late 1990s, he came up with the concept of NXIVM. He and Nancy Salzman co-founded the organization.

Keith’s questionable sexual behavior has its origins in an incident that happened in 1984 when a woman accused him of having sex with her younger sister. Keith, who at the time was 24 years old, asserted that he was an enlightened creature and that her younger sister was older than she appeared to be. He often made outlandish assertions, such as that the female in question was a Buddhist goddess and that they were supposed to have a sexually harmonious relationship.

The career of Keith Raniere

NXIVM is a company that deals with all facets of personality development, according to its website. It provided answers to many challenging areas of daily life, including gender, child development, artistic expression, and compassionate ethics. Further inquiries by the Justice Department led to the assertion that it is a business development pyramid scheme operation. It means that the organization costs participants thousands of dollars, and a significant portion of that money is used to attract new members.

They employed a training program termed “rational inquiry,” which they believed was essential for the participants’ overall professional and personal development. During the lectures, Keith and Nancy were referred to as “Vanguard” and “Prefect,” respectively. Over the course of the following ten years, the pair successfully ran the business and reportedly enrolled around 12000 people in their various programs.

In 2009, Keith co-founded the World Ethical Foundations Consortium and was successful in getting the Dalai Lama to visit the organization. Initially unsure, Lama eventually agreed to visit NXIVM in May 2009 and deliver a speech at Keith’s request. As a result, NXIVM received more applications than ever. It also helped NXIVM build goodwill among Americans.

Several well-known figures from the entertainment sector, including Allison Mack, Linda Evans, Nicki Clyne, and Kristin Kreuk, are among NXIVM’s clients. Despite having a sizable clientele, NXIVM was still a contentious company. The fact that Keith’s wife left him after calling him a “dangerous” man raised suspicions. The group’s run of success was about to come to an end, and one of its former clients, Sarah Edmondson, gave the organization the final warning in 2017.

The controversy of Keith Raniere

Sarah Edmondson, a Canadian actress who had participated in one of NXIVM’s Executive Success Programs over the previous ten years, caused controversy in 2017. She alleged that Keith and his associate Nancy were running a sex cult under the guise of a skill development group. She claimed to have witnessed some appalling activities. In order to participate, women had to submit to a ritual that involved stripping off their clothes and providing photographs of themselves in their underwear.

For the past few years, media outlets like Albany Times and Forbes have published articles detailing how the gang was in charge of a harem of affluent women who served as “sex slaves.” The Heiress and the Cult was a piece that was published in Vanity Fair magazine in 2010. According to the contentious report, the Seagram heiresses Sara and Clare Bronfman gave the alleged cult of NXIVM $150 million.

Keith disputed every charge and filed a lawsuit against the reporters. But Edmondson’s admission ultimately sparked a further investigation, which was covered by the New York Times. According to a 2017 NYT story, the organization had a division dubbed “hidden sisterhood” in which the female members were referred to as “slaves.”
Other victims continued to come forward, providing the media with some terrible discoveries. Keith was apparently a sex addict with a voracious hunger for sex. He tricked a number of minors into having sex with him in order to satisfy his needs. Keith claimed to be a healer who could assist the women in overcoming their horrible previous experiences, which included rape and sexual abuse.

He taught the women in his close-knit group that letting go of all the restrictions and attachments the outside world places on them was the key to living a happy and enlightened life. Then the weak-willed women would fall into his trap.

In response to the New York Times revelation, the FBI got busy and teamed up with the Mexican Federal Police and New York State Police to conduct further investigations. However, Keith Raniere has yet to be proven guilty with hard proof. Due to the gravity of the allegations, he was detained in Mexico on March 26, 2018, on suspicion of sex trafficking.

He was ordered to appear before a federal judge in Texas, and he also had to stand trial for sex trafficking and forced labor in the state of New York. Toni Natalie, an ex-girlfriend of his, testified in court that he was a con man who also had a gambling and sex addiction.