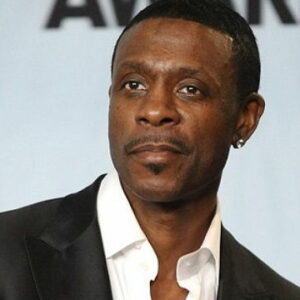 Keith Sweat got his start in the music industry as the lead singer of the band ‘Jamilah.’ He went on to have tremendous success as a solo performer, with albums and singles reaching number one on the R&B and Billboard charts. He was one among the first to perform the ‘New Jack Swing’ type of music, which is a unique combination of soul singing with hip-hop beats. Sweat has established himself as one of the most successful male R&B/soul singers not only in America but also around the world, thanks to his distinctive ‘whining’ vocal style. Since the publication of his triple platinum certified album ‘Make It Last Forever,’ he has easily presided over a musical style that has consistently grown. He has always been forward-thinking in his music, incorporating numerous current elements such as the’swingbeat,’ but never abandoning the basic soul foundation.

Keith Douglas Sweat was born in Harlem, New York City, to factory worker Charles and hairdresser Juanita Sweat.
He was born and reared in Harlem, and by the age of 14, he had already played in a number of nightclubs in and around New York City.

He balanced his life between school and singing and playing at various locations throughout New York City during his preteen and teenage years.

He earned a BS degree in ‘communications’ from City College of New York, after which he worked as a successful brokerage assistant for a Wall Street firm for a short time.
Despite having a successful career on Wall Street, he decided to pursue his passion for music and began creating songs, which he sought to sell to various record labels.

He began his musical career in 1975 as a member of the ‘Jamilah,’ a Harlem-based band. He played throughout New York, New Jersey, and Connecticut as the band’s lead singer.

He quit ‘Jamilah’ in 1984 to pursue a solo career, and thereafter sang in several New York nightclubs. He was instantly discovered and offered the chance to record an independent album for ‘Stadium Records.’
For ‘Stadium Records,’ he recorded ‘My Mind Is Made Up,’ and he was also listed as the co-writer and co-producer of ‘You Are the One for Me.’

His debut solo album, ‘Make It Last Forever,’ was released on November 25, 1987. ‘I Want Her’ was the album’s biggest song, and it was a huge success.
In 1990, he returned to the top of the charts with his second album, ‘I’ll Give All My Love to You,’ which increased his fan base.

His third album, ‘Keep It Comin,’ was released in 1991, and included the song ‘Why Me Baby’ and the title track.
‘Get Up on It,’ his fourth album, was published in 1994. ‘How Do You Like It,’ the title tune, and ‘When I Give My Love’ were among the album’s singles.

His self-titled album was released on June 25, 1996, and featured the smash singles “Twisted” and “Nobody.” The track “twisted” was one of the year’s biggest hits.

His sixth album, ‘Still in the Game,’ was released in 1998, and the album’s single ‘Come and Get with Me,’ charted in the United States. The song ‘I’m Not Ready,’ which was published a year later, was also a smash.

By the year 2000, his star had faded and his albums were no longer chart-topping. His singles struggled to even crack the top forty by the time he released his seventh album, ‘Didn’t See Me Coming.’
His eighth album, ‘Rebirth,’ was released on August 13, 2002. When compared to his prior albums, the record did not do well and witnessed a significant drop in sales.

‘Just me,’ his tenth studio album, was released in 2008. It had middling success, with the first single, “Love You Better,” being aired on the “Urban Radio Station” a year before the album’s release.
Kedar Records released his ninth studio album, “Ridin Solo,” on June 22, 2010.

His debut album, ‘Make It Last Forever,’ was released in 1987 and spent three weeks at the top of the ‘Top R&B Albums’ chart. The album was certified triple platinum by the Recording Industry Association of America after selling three million copies in the United States.

His smash single ‘Twisted,’ from his self-titled 1996 album, reached number one on the R&B chart in the United States and number two on the Billboard Hot 100, the American music industry’s most popular chart.

‘I’ll Give All My Love to You,’ his second album, debuted at number one on the ‘Top R&B Albums’ list and also reached number six on the Billboard 200, which ranks the best-selling albums. The album was certified double platinum after selling two million copies.

He won the American Music Award in the category of “Favorite Male R&B/Soul Artist” in 1997.

He married Lisa Wu-Hartwell in 1992, and they have two sons. Unfortunately, the marriage ended in 2002, and he was given full custody of both children.4