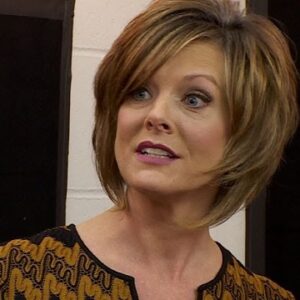 Kelly Hyland is a well-known American television personality best recognized for her appearances on the hit reality show ‘Dance Moms.’ Kelly Hyland has gained a following on social media since her participation on ‘Dance Moms,’ with over a million Instagram followers and over 558,000 Twitter followers. Her official ‘Facebook’ page has a fan following of 74.5K, and she uses it to keep her fans up to date on what’s going on in her life. Brooke and Paige, her daughters, were contestants on Lifetime’s dancing reality show from the first through the fourth season. On the show, Kelly was renowned for being an outspoken mother who was both protective and supportive of her children’s decisions. Kelly is a trained dancer who spent eight years under Abby Lee Miller’s tutelage before becoming a cheerleader. Kelly got into an argument with Abby in season four of the show, and as a result, she and her girls were fired from the show.

Kelly has been involved in dance since she was a toddler. Her parents enrolled her in ‘Marven Lorrain Miller’s’ dance studio when she was two years old. When she was eight years old, she began training with Abby Lee Miller’s ALDC (Abbe Lee Dance Company).

Kelly took a break from mainstream dancing when she turned fourteen and became interested in cheerleading. Kelly’s girls, however, became celebrities after she entered them in the dancing reality show ‘Dance Moms.’ On July 13, 2011, the show premiered.

Kelly and her kids, Paige and Brooke, were cast members until January 1, 2014, when the fourth season premiered. Kelly, on the other hand, was fired from the show in the middle of the season after assaulting Abby, the owner of ALDC. The conflict started with a disagreement and quickly escalated into Abby launching a lawsuit against her. The battle not only drew millions of viewers’ attention, but also sparked controversy in the media, and was featured in the episode ‘Big Trouble in the Big Apple.’ Brooke and Paige were kicked off the team and have stated that they will never return to the show.

Kelly became known on the show for her snarky remarks and open criticism of Abby’s treatment of her children. Abby, she believed, had mistreated her daughters because she despised Kelly. The show had high ratings for the first four seasons, but as the seasons proceeded, several of the initial star cast members, such as Kelly and Christi, left the show, resulting in a dip in viewership.

Kelly, who is 45 years old, is conscious of her appearance and health. Kelly has shown to be one of the most encouraging mothers on the show. She would empower her children to make their own decisions while shielding them from negative influences. Brooke was allowed to attempt cheering instead of competing because she wanted to give her daughter the opportunity to make her own informed decisions and didn’t want to be the cause of Brooke regretting anything in her life. She spoke out against Abby’s unfair treatment of Maddie in comparison to the other children on the show, and she defended both of her kids.

Kelly has been dancing for 37 years and is determined to see her dream of becoming a celebrity come true through her children. Above all else, she prioritizes her responsibilities as a mother. She is a stay-at-home mom who frequently travels with her kids to their performances and rehearsals. Christina Lokasiak and Holly Fraizer are two of her closest friends. She’s an excellent cook, and her family’s favorite meal is chicken potpie.

Kelly Hyland has an older sister and was born on May 16, 1971, to American parents. Apart from the fact that she was encouraged to dance and had her family’s support in all of her decisions, little is known about her family. Randy Hyland, her husband, was introduced to her when she was twelve years old, and the two quickly fell in love and began dating. They have three children together: Josh, a son, and Brooke and Paige, two daughters.

Brooke, Kelly’s older daughter, has made a name for herself in the entertainment sector. Her younger daughter is pursuing a career in dance, while her eldest son is a dancer who also plays school hockey.

Kelly and Abby’s year-long legal battle came to an end when the production agreed to compensate for the losses by paying $17.5K in exchange for the rights to screen her family’s photographs in reruns of the show.

She and her daughters were dismissed from the fourth season of ‘Dance Moms’ after a physical dispute with Abby Miller.