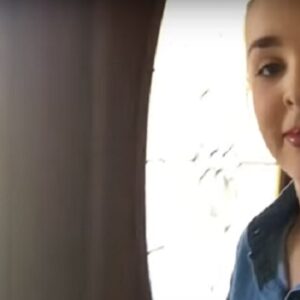 One of the most well-liked dancers on the Lifetime reality series “Dance Moms” is Kendall Vertes. Kendall is not only a talented dancer but also a singer and a model. In the opening episode of the second season, she and her mother Jill Vertes competed on the dancing reality show. Until she was given a permanent position on Abby Lee Miller’s team, she alternated between the Abby Lee Dance Company and Candy Apple’s Dance Center. Kendall received a special performance opportunity at a Harlem Globetrotters exhibition when she was working at CADC. She released her debut single, “Wear ‘Em Out,” on April 21st, 2015. A music video that debuted on “Dance Moms” on June 9, 2015, came after it. She further made available a cover of the song “Winter Wonderland.” She has appeared in several of her “Dance Moms” co-stars’ music videos. Songs like “Summer Love Song,” “It’s A Girl Party,” “Freaks Like Me,” and “Boomerang” has her as a featured performer. She was the subject of the “Girl’s Life” magazine cover.

When Kendall was just 18 months old, she began dancing. At the age of two, she enrolled in dancing courses, and a year later, she began giving stage performances. Along with Maria May and Liza Retter, Kendall has been a member of the dancing-singing group known as “The Glitter Girls.” However, she gained popularity once she appeared on the reality series Dance Moms. Kendall first joined the Abby Lee Dance Company (ALDC) on probation before working her way up to become one of the show’s principal dancers. She has had success with her musical endeavors as well. On the day of its release, “Wear ‘Em Out” overtook Taylor Swift’s “Bad Blood” on the iTunes music video chart.

Why Kendall Vertes Is So Unique?

Due to her hectic schedule, Kendall, who is currently being homeschooled, attended a local Pittsburgh public school before signing up for Dance Moms and was an all-A student in the fourth grade. Kendall enjoys contemporary and jazz dance forms, and her favorite dance move is the rise and fall. The song “Where Would I Be Without You,” which was inspired by Calvin Harris’ music, will be released by her in the near future. She co-wrote the song, which is about her time with her friends and how they were always there for her. She stated to her followers that collaborating with her favorite musician, Ariana Grande, is her “ultimate music dream.”

Past Fame of Kendall Vertes

Being a reality show participant makes it challenging to stay out of controversy. On the “Dance Moms” sets, Kendall has encountered her fair share of disagreements. She even considered quitting the show once when Abby labeled her a “hot mess.” When Abby forced JoJo Siwa to sing solo in place of their duet because of Kendall’s best friend Maddie’s hectic schedule, JoJo had a breakdown on the set of the show. In the sixth season, Ashlee Allen, the mother of newcomer Brynn Rumfallo, and Kendall’s mother Jill Vertes got into a fight after Jill expressed her displeasure with Brynn’s addition to the team. Some of Kendall’s supporters were dismayed when she joined the argument with the other party.

Over the release of one of her songs, there have been arguments between Kendall and Abby, who also serves as her music manager. Kendall had to wait for Abby’s clearance to release her singles after working on them all summer. Kendall was aware that Nia Sioux, a Dance Moms star who is not under Abby’s management, had recorded a number of songs without encountering the difficulties she had. Kendall even referred to Abby’s legal issues with bankruptcy fraud as “karma” when she was questioned about it.

Erno Valer Vertes and Jill Vertes are the parents of Kendall Vertes. She has two elder sisters, Ryleigh and Charlotte, and is the youngest of three children. In her music video for “Wear ‘Em Out,” her sisters may be seen. Tennis is a sport that Kendall’s father taught her. Among her teammates, she is the most skilled swimmer. Her closest friend is her Dance Moms co-star Maddie Ziegler, and she is also friendly with Maddie’s sister Mackenzie. Since Kendall is single right now, she doesn’t think she’s old enough to date. She admired Cameron Dallas and Tom Cruise, two of her favorite actors. When she grows up, Kendall hopes to work as a dentist or an actor on Broadway.

The estimated net worth of Kendall Vertes is about $1 million.