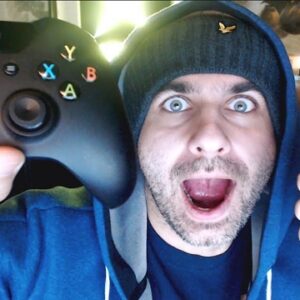 Keralis is a Swedish-born YouTube gamer and pundit of Polish descent. On his own YouTube account, he primarily uploads “Let’s Play” videos. He began posting Minecraft videos in particular, and he now has several Minecraft series, including “Minecraft Let’s Build 1 and 2,” “Minecraft Inspiration Series,” “Wife vs. Minecraft,” and “Feed The Beast.” He also became a member of HermitCraft, an invite-only Minecraft survival server where he produced a large number of movies. “World of Keralis” is his own Minecraft server. However, as his channel grew in popularity, he began to publish gameplay videos for a variety of games in various genres. He has played city-building and management games such as ‘Cities Skylines: Snowfall, RimWorld, Tropico 5, Banished, SimCity’; survival games such as ‘The Forest,’ ‘Conan Exiles,’ ‘Ark: Survival Evolved’; simulation games such as ‘Euro Truck Simulator 2’, ‘Farming Simulator 15’, ‘The Sims 3’; and action-adventure games such as ‘

Keralis has spent a lot of time playing video games and has a knack for creating elaborate constructions in the open world adventure game Minecraft. He started his YouTube page in February 2007, but it was exclusively for personal use. He decided to pursue YouTube seriously in March 2011 and began submitting videos on a daily basis. His first video, which he shared on Planet Minecraft, demonstrated his Minecraft building talents by showing him erecting a wooden hotel. The movie had a slow start, but it quickly gained popularity and a high number of views within the Minecraft community.

He was also included in a video on another YouTube channel at the time, “docm77,” which had over 50 thousand followers. Around Christmas that year, another polish player produced a one-and-a-half-hour video showcasing his talent. This helped him obtain greater YouTube exposure, and he began to progressively accumulate more subscribers.

He was introduced to the HermitCraft server by its inventor, generikb, in May 2012, and quickly became a commentator and active participant. He quickly recognized that he could make a living as a YouTube gamer and began producing additional gameplay videos. He continued to post videos of himself building various constructions in Minecraft, and he gradually moved on to other popular games to cater to his growing fan base. In February 2013, he eventually resigned his day job to focus solely on YouTube after reaching 200k followers on his channel.

Keralis is unique because of his tenacity and perseverance. He was so sure in his ability to succeed on YouTube that he just told his wife that he had decided to devote time to the platform even before he became popular. He had a fantasy of leveraging his Minecraft building skills to create entertaining videos for a large audience to watch.

Despite a few setbacks along the way, he remained persistent and pursued his dream, which eventually paid off. Keralis is most recognized among his admirers for being a fantastic Minecraft constructor. For his building abilities, he was spotted by a number of well-known gamers, including the founder of HermitCraft. On his YouTube channel, he frequently presents his masterpieces with his viewers and also teaches them how to build magnificent towers.

He first used the alias “Keralis” in the game “World of Warcraft.” It’s a fictitious name based on his first and last names. He rarely uses his entire name, however Arek Roman Lisowski was later proved to be his name. He delivered comments through voice over in most of his early videos, never displaying his face.

However, as his fame rose, he came onscreen at various intervals to thank his subscribers. He’s made a number of vlogs, notably after hitting a certain number of subscribers, such as 50, 100, or 200. He frequently releases black-and-white videos of this nature.

Keralis was born in Poland on April 30, 1980, and migrated to Sweden as a child. He speaks in a thickly accented English with Polish and Swedish overtones. With his wife and two sons, he currently resides in Ystad, Sweden. Before starting YouTube full-time in early 2013, he worked in logistics for a trucking firm.

His parents don’t understand his new “full-time” work, despite the fact that he enjoys it, but his wife has been very supportive. His wife frequently appears in his films and even joins him in games. “Wifey” was her nickname, and she used the username “Mrs Keralis” on the HermitCraft server. Damian and Kian are the couple’s two kids.

Similarly, his Youtube channel has garnered him a lot of recognition, and it is his principal source of revenue. His net worth is $33 million, according to Wikipedia, Forbes, IMDB, and other web sources. His asset value, on the other hand, is unknown.