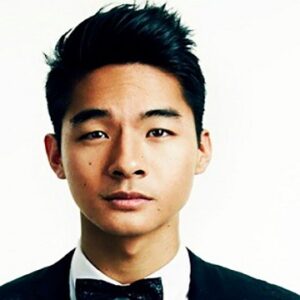 Kevin Wu, also known online as Kev Jumba, is a well-known Asian-American YouTuber with Taiwanese ancestry. He is a social activist, comedian, writer, blogger, YouTuber, humanitarian, and actor all rolled into one! In a short amount of time, he amassed millions of fans and followers on his YouTube channel Kev (formerly known as KevJumba). He quickly became known as a comedian who seemed to relate with the audience because of his funny video, “I Have to Deal with Stereotypes.” He uses his skills to raise money for the underprivileged classes, in contrast to the typical multi-talented celebrities who are solely motivated by money and recognition. He started another YouTube channel called “JumbaFund” in 2008 with the primary purpose of advancing charitable causes. He has received a lot of praise for his performances in the films “Man-Up,” “Hang Loose,” “Rock Jocks,” and “Revenge of the Green Dragons” (2015).

Kevin Wu left the University of California, Davis in his second year to devote himself more fully to his passion for making videos. In 2007, when he was still in high school, he began making humorous films on his own YouTube channel called “KevJumba” about the everyday routines of an Asian-American youngster.

Many Asian and brown people could relate to his personal life experiences. I Have to Deal with Stereotypes, My Dad Is Asian, and Butthash Hero is his most well-liked videos. Within a short amount of time, these drew millions of viewers. His films significantly outperformed the American online series “Quarterlife” in terms of ratings, subscribers, and watchers in less than a year!

T-Mobile and J.C. Penney among others offered him rich marketing chances as sponsors. Additionally, he has successfully collaborated with a variety of YouTube stars, including Jessica Lee Rose (also known as Lonelygirl15), Philip DeFranco, Ryan Higa (also known as Nigahiga), Christine Gambito (commonly known as HappySlip), and others.

Kevin Wu was listed ninth by stardom Inc. in the Top 10 Entertainer category in 2008. He was hired by The HBOLab the same year for their web series “Hooking Up.” After that, his fan base significantly expanded, and today it even includes famous people like Ella Koon, Baron Davis, and Jessica Alba!

His father Michael Wu was so entranced by his swift ascent to fame that he made his video debut in the song “I Love my Dad” and afterward starred in a number of other Wu productions. The father and son team competed in “The Amazing Race” in 2010 and finished in seventh place. He was given acting opportunities in films like “Hang Loose,” “Man-Up,” and “Revenge of the Green Dragons” because of his fame and versatility.

Kevin Wu returned to YouTube in 2017 with a new video called “Youth Represent the World” after going dark for four years. In addition to his 2.88 million YouTube subscribers, he also has a following of 691k on Facebook, 191k on Instagram, and 385k on Twitter as of June 2017.

Kevin Wu, who was born on June 12th, 1990, and was raised in Houston, Texas (US), was a typical young child. His father, Michael Wu, is a software consultant by trade and is a Chinese immigrant from Taiwan. Concerning his mother, Kevin has never revealed anything. Kelly Wu is Kevin’s younger sister.

In 2008, he graduated from Clements High School in Sugarland, Texas. Being the son of a computer engineer, he honed his web-surfing skills while still in high school. The stand-up comedy performances of actor-comedian Dave Chappelle captivated him.

He was quite intrigued by this, so he began uploading funny videos to YouTube. The first one, which did not garner much attention, was about breakdancing in his backyard. His vlogs’ subjects and material matured with time and starting in March 2007, his channel began to gain popularity. Wu received great appreciation for his qualities from renowned Asian-American author and journalist Jeff Yang of the “San Francisco Chronicle.”

Wu started the JumbaFund YouTube channel in 2008 specifically to generate money for the underprivileged. He has given thousands of dollars to numerous charitable causes and assisted in the construction of an elementary school in Kenya, Africa, that offers free education to underprivileged students. He participated in the 2009 “B Here Tour,” a musical comedy event to raise awareness of hepatitis B.

He fully vanished from social media and YouTube in 2013 for unclear reasons before making a comeback in early 2017. He then disclosed that he had been involved in a fatal vehicle accident that nearly killed him, but he was fortunate to survive thanks to his father’s tender care. On March 15, 2017, he uploaded a video to YouTube with the title “Hope,” in which he discussed this.

Kevin Wu, a comedian and YouTube sensation who is Taiwanese-American, has a $2 million dollar net worth. Kevin Wu, a Houston, Texas, native, earned his high school diploma in 2008. In 2008, he started uploading humorous videos on stereotypes to YouTube, where he immediately gained a following.