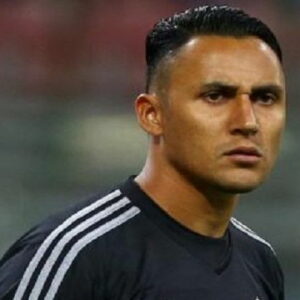 A well-known professional football player from Costa Rica is Keylor Navas. He is a goalkeeper who now plays for the renowned Spanish football club Real Madrid as well as the Costa Rican national team. Keylor began his professional career with Deportivo Saprissa in Costa Rica. He played with the team for two seasons before signing a contract with Albacete Balompie of Spain. His outstanding performance allowed him to advance to the Primera League, also known as “La Liga,” which is the first division of the Spanish association football system. He took the field for Levante UD against Athletic Bilbao in his first La Liga game. He signed on to play for Real Madrid after spending two seasons at Levante UD. When the Central American nation qualified for the 2003 FIFA U-17 World Championship held in Finland, he was given a spot on the Costa Rican minor football team. When he was 20 years old, he was first a member of the Costa Rican men’s national team for friendlies in Europe. At the 2014 World Cup and two CONCACAF Gold Cups, he represented Costa Rica.

Keylor Navas was born on December 15, 1986, in San Isidro, Costa Rica, a town in the agricultural Perez Zeledon region. His parents, Freddy and Sandra Navas, who raised him in the early years after his birth, later immigrated to the US.

Keylor’s parents left him in the care of his grandparents before moving to the US. But Juan, his grandfather, spent more time with him and drove him in his old Toyota to the practice field. When he was eight years old, he joined Escuela de Futbol Pedregoso, a neighborhood football team.

The club’s founder, Juan de Dios Madriz, saw the young Keylor’s natural aptitude and, after speaking with his mother, admitted him. Until the age of 14, he played for Escuela de Futbol Pedregoso.
He then made an attempt to join the neighborhood football team, “Club Municipal Perez Zeledon,” but failed due to his diminutive size. His father had already played for the same football team many years prior.

Later, he rode a bus to the capital city of Costa Rica, San Jose, in order to take a chance with the prestigious football team “Deportivo Saprissa.”

Keylor Navas was able to secure a spot with Deportivo Saprissa and made his debut against Asociacion Deportiva Carmelita in a league match.

From 2005 to 2010, he served as Deportivo Saprissa’s goalkeeper, participating in a total of 60 games for the team. He was instrumental in his team’s 2005 CONCACAF Champions’ Cup victory and six national championships.

He was signed by the Spanish Seguna Division Albacete Balompie in July 2010. He participated in 36 of the 42 games he played during his debut season with the club, although his team came in last place.
Keylor was loaned to Levante UD, a Spanish La Liga tier team, for the 2011–2012 season. He made his debut on May 13, 2012, during his side’s 3-0 victory over Athletic Bilbao in the penultimate round. As a result, they became the first team to ever qualify for the UEFA Europa League.

Keylor played in 46 games for Levante UD from 2012 to 2014 after signing a three-year contract with the team. In March 2014, he eventually received a nomination for “La Liga Player of the Month.”
Keylor’s €10 million release clause was activated by “Real Madrid Club de Ftbol,” who then signed a six-year contract with the goalkeeper from Costa Rica. On September 23, 2014, Keylor made his Real Madrid debut at Santiago Bernabeu by guarding the post against “Eiche.”

When Iker Casilas left Real Madrid, Keylor received his number 1 shirt for the upcoming 2015–16 La Liga season. Casilas was Real Madrid’s first-choice goalkeeper. The agreement between Real Madrid and Manchester United for the sale of Keylor in exchange for David de Gea was unsuccessful.

He won the title of “2015-16 UEFA Champions Leaguemost “‘s successful goalkeeper after giving up only three goals in 11 games and preventing the opposition from scoring in nine of those games.

He was the starting goalkeeper during Real Madrid’s victories in the 2016–17 UEFA Champions League and 2016–17 La Liga final matches.

Keylor Navas was selected for the Costa Rican team to compete in the Finland-hosted FIFA under-17 World Championship in 2003.
In August 2006, he made his debut with the Costa Rican national team for friendlies against Switzerland and Austria in Europe.

On October 11, 2008, during Costa Rica’s 2010 FIFA World Cup qualification match against Surinam, he made his first appearance on the pitch for the national team. He was a member of the national team that won two CONCACAF Gold Cup titles.

The national side that earned a spot in the Brazil 2014 FIFA World Cup has Keylor Navas in their starting lineup. On June 14, 2014, he made his group stage debut against Uruguay, which Costa Rica won by a score of 3 to 1.

His team advanced to the knockout or pre-quarterfinal stages thanks to the lone goal Uruguay had scored, which was also the only goal he had let up in all three games at the group stage.
Greece and Costa Rica were the opponents in their pre-quarterfinal game. Keylor’s multiple stunning saves during the normal time, but especially his heart-stopping save during the penalty shootout, helped Costa Rica advance to the quarterfinals for the first time. He was named “Man of the Match” for his remarkable work.

In the match against the Netherlands in the quarterfinals, which Costa Rica lost, he was once more named “Man of the Match.” In the 2014 FIFA World Cup, he was nominated for the “Golden Glove Award,” which was ultimately won by Germany’s Manuel Neuer.

A professional soccer player from Costa Rica named Keylor Navas is valued at $13 million. In December 1986, Keylor Navas was born in Perez Zeledon, Costa Rica. He is a goalkeeper who played for Saprissa during his formative years. In 2005, Navas was called up to Saprissa’s senior team, where he remained through 2010. He was on loan to Levante from 2011 to 2012 while playing for Albacete from 2010 to 2012. From 2012 to 2014, Keylor Navas played for Levante before switching to Real Madrid in 2015. He has competed internationally for Costa Rica at both the under-17 and senior levels. He participated in two CONCACAF Gold Cups as well as the World Cups in 2014 and 2018. He has received numerous awards, including Best Goalkeeper at the CONCACAF Gold Cup, La Liga Player of the Month, Goalkeeper of the Year at CONCACAF, and UEFA Champions League Goalkeeper of the Season, among others.