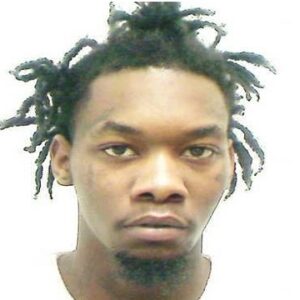 Kiari Cephus, best known by his stage name Offset, is an American rapper and one of the members of the hip hop group ‘Migos.’ He rose to prominence when his group, Migos, reached the pinnacle of their fame in 2013 with the release of their viral hit track “Versace.” Offset hasn’t looked back since the release of his mixtape Young Rich Niggas in June 2013. Migos and Kiari Cephus’ popularity skyrocketed after the release of ‘No Label 2’ and ‘One Time’ in the following years. Kiari was arrested in 2015, along with others of his organization, on allegations of marijuana and guns possession, and spent four months in custody. He is currently on a five-year probationary period. The group’s second studio album, “Culture,” was released in January 2017 and was an instant hit, featuring DJ Khaled on the opening single.

The Career of Kiari

In 2009, Kiari Cephus, Quavo, and Takeoff, along with two other members of the group, formed the Hip Hop trio ‘Migos.’ However, the group’s journey was not without bumps in the beginning. Polo Club was the group’s original name.

The group was renamed Migos in 2010. Migos’ debut mixtape was published in 2012, and Kiari’s career took off from there. In 2013, they released “Versace,” a viral success that peaked at number 99 on the Billboard Hot 100 chart in the United States, and their mixtape “Y.R.N.” was named the 27th best album published in 2013.

The band’s second mixtape, titled “No Label 2,” was published in 2014 and became an instant sensation. It received excellent reviews from critics as well.

When Migos announced the release of a full-length album and secured a deal with 300 Entertainment, Kiari Cephus’ career took off. Migos’ first album, ‘Yung Rich Nation,’ was released in July 2015 and peaked at number three on the Top Rap Albums chart.

Migos’ second studio album, Culture, was released in January 2017 and debuted at No. 1 on the Billboard 200 in the United States.

Kiari Cephus’ first brush with scandal was in April 2015, when the hip hop trio, along with 12 other Migos collaborators, was arrested for marijuana and guns possession, resulting in the suspension of Migos’ Yung Rich Nation Tour.

Offset was hit with further accusations in May 2015 for allegedly assaulting a detainee.
After accepting a plea deal, he was finally released in December 2015.

He had to pay a fine and is currently on probation for five years, as well as being barred from four counties. This, however, did not put a stop to his legal problems. He was arrested in 2016 for driving without a valid license.

Kiari Cephus was born in Lawrenceville, Georgia, on December 14, 1991. There isn’t much information about his personal life before he and the other two members of Migos founded the group.

Quavious Keyate Marshall (Quavo) and Kirshnik Khari Ball (Takeoff), the other two members of the group, are his direct relatives, and the trio grew up together in Lawrenceville, Georgia. Kiari is Quavo’s cousin and Takeoff’s uncle by blood.

Kiari has always avoided affairs and partnerships, at least publicly, even after achieving celebrity. He appears to have regular run-ins with law enforcement agencies, despite his efforts to remain sober after his release in 2015.

According to observers, the members of Migos have the potential to become the next big thing in hip hop provided they can manage their popularity and money appropriately.