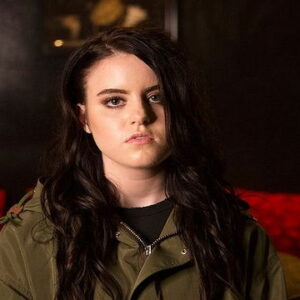 Kiara Saulters is an American singer and songwriter who goes by the stage name Kiiara. Her most well-known song is “Gold,” which reached # 13 on the Billboard Hot 100 chart in 2015. Kiiara has gone a long way from starting as a hardware store clerk to becoming one of the country’s top pop singers. She had been infatuated with music since she was a child and was determined to make a name for herself in the profession. She eventually landed a deal with Atlantic Records after trying for a while to find her footing. Since then, the American vocalist has recorded a slew of singles as a lead and featured artist. She also has a YouTube channel where she posts her music videos on a regular basis. Kiiara has been active on the social media platform since November 2015, and she has a strong following. Her channel currently has more than 460k subscribers and millions of views. The pop singer-songwriter is from Wilmington, Illinois, by the way.

Under her own name, Kiara Saulters recorded a pop single named “Bring Me Back” in 2013. Her reputation grew as a result of the track, and she was signed to Atlantic Records two years later.
After that, she went by the stage name Kiiara and recorded her debut single, “Gold.”The Billboard Hot 100 charted this song at #13 in the United States. It was also used as the soundtrack for a commercial for the Apple Watch. Kiiara’s debut EP, ‘Low Kii Savage,’ was released in March 2016. Kiiara worked as a hardware store clerk while producing her debut album. She also began a studio internship to gain experience in recording and other aspects of music production.

She made her television debut on September 15, 2016, when she performed “Gold” on the famous show “The Tonight Show with Jimmy Fallon.” In 2017, she was featured in Linkin Park’s single “Heavy.” She was included in Belgian DJ’s “Complicated” the same year.

The American pop singer was featured in Cheat Codes’ “Put Me Back Together” in March 2018.
She is also well-known on social media, with over 337k Instagram followers and 53k Twitter followers as of September 2018. Kiiara’s self-titled YouTube channel has also amassed over 460k subscribers to date.

Kiara Saulters was born in Wilmington, Illinois, to Scott R. Saulters and Jacqueline Ann “Jackie” Tulley on May 24, 1995. She went to Saint Francis Xavier Day School and then Wilmington High School, where she was a member of the volleyball team.

There is no information about the pop singer’s dating life. She did, however, allegedly have a passionate love affair in the past. She is quite private, and she has not shared any photos with her family on any social media platform.

Kiiara has a net worth of $4 million.