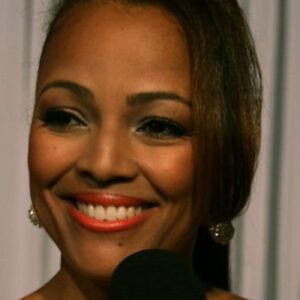 Kim Fields is an American actor, producer, and director who works in television. As a young artist, she started working in the acting and television commercial industries. Even though Kim received her first acting role when she was only 5, few people paid much attention to her. She made her acting debut in a well-known sitcom when she was only 9 years old. The role she portrayed as “Tootie Ramsey” helped Kim become well-known in the United States. After growing up, Kim kept up her performing profession. She was a seasoned actress who appeared in numerous sitcoms in key roles. Kim enjoys music and has released albums in both rap and R&B genres. She has participated in a number of well-known reality television series and dance competitions. Her name continues to be well-known in the entertainment sector today. She has a flourishing acting career because of her spellbinding performances.

Kim Fields was born in Harlem, New York, on May 12, 1969. Laverne “Chip” Fields, her mother, is a director and actor in television. Alexis Fields, her younger sister, is a successful actress as well. When Kim was very little, her parents were divorced. When she was a young girl, she and her mother relocated to California.

Kim was raised in a supportive and encouraging environment because her mother was an actor. When Kim Fields was five years old, she made her first appearance on television. She portrayed “Angie” in the comedy “Baby, I’m Back.” However, the show was short-lived, and Kim Fields did not become well-known.

When Kim was seven years old, she made an appearance in a television ad for “Mrs. Butterworth’s Pancake Syrup.” She also played a friend of Janet Jackson’s character Penny Woods in two episodes of the sitcom “Good Times” in 1978.

Kim graduated from Burbank High School in 1986. She excelled in school and was named “Most Talented” in 1986. She managed the school’s baseball team while simultaneously playing in school plays.

The career of Kim Fields

When Kim Fields was still relatively young, she entered the acting world. At the age of nine, she received her first significant role. She was chosen to play Dorothy “Tootie” Ramsey, a student at a boarding school, in the sitcom “Diff’rent Strokes” in 1979. Even though she was only in five episodes, it was the start of her career advancement.
When ‘The Facts of Life,’ a ‘Diff’rent Strokes’ spin-off, was made, Kim was cast as ‘Tootie’ once more. This ended up being one of the NBC sitcoms with the longest runtime. The show aired from 1979 through 1988. Kim became a huge hit with viewers thanks to this persona. Viewers still recall the gossipy “Tootie” and her quirks.

He Loves Me He Loves Me Not and Dear Michael were two music albums that Kim published in 1984 on the “Critique Records” label. Both albums were generally well-received by the public. The little R&B song “Dear Michael” received respectable ratings.

Kim had a significant part in the American sitcom “Living Single,” which ran on the Fox network from 1993 to 1998. She played the part of Regina Hunter, a driven and rumor-obsessed young woman. One of the most-watched African-American sitcoms of the 1990s was “Living Single.” Kim’s persona propelled her to fame.

Kim Fields earned a degree from “Pepperdine University” in 1993 in both communication and cinema. She has also established a career in direction. She oversaw many episodes of “Kenan & Kel,” an adolescent sitcom that aired on “Nickelodeon,” from 1996 to 2000. Additionally, she directed numerous episodes of “Let’s Stay Together” and “Tyler Perry’s House of Payne.” She is the owner of the production business Victory Entertainment.

Kim has performed R&B and rap songs with the group “Impromp2.” She appeared in episodes of “Good Times,” “One on One,” and “The Golden Palace” as a guest. Kim took up the role of herself in the 2005 HBO production “The Comeback.” Additionally, Kim co-starred with Will Smith in a guest role on an episode of “The Fresh Prince of Bel-Air.”

The eighth season of “The Real Housewives of Atlanta,” which was broadcast on the “Bravo” television network, included Kim as a participant in 2015. She attracted a lot of spectator attention thanks to the show. On the show, Kim was “restraining herself and behaving well,” in the words of her former co-star Queen Latifah.

Kim Fields was one of the celebrities chosen to compete in Season 22 of “Dancing with the Stars” for the “ABC” network in 2016. Sasha Farber, a trained dancer, was paired with her. The pair was ousted before the finals, but they still finished in eighth place.

Kim’s autobiography, “Blessed Life: My Surprising Journey of Joy, Tears, and Tales from Harlem to Hollywood,” was released in November 2017. She talks about her forty-year career and personal journey in the book.

Kim Fields has had two marriages. She wed movie producer Jonathan Freeman in 1995. In 2001, the couple divorced. They don’t have any kids.
On July 23, 2007, Kim wed actor Cristopher Morgan. Sebastian Alexander Morgan, their first son, was born in 2007, and Quincy Morgan, their second son, was born in 2013. She is currently 49 years old and engaged in her career.

Kim Fields is an American actress with a $6 million fortune. For her part as “Tootie” on the NBC sitcom “The Facts of Life,” Kim Fields is well-known. She later made an appearance on “The Upshaws” and “Living Single.” The late 1970s television series “Baby, I’m Back” and several guest starring appearances on shows like “Good Times” and “Mork & Mindy” were where she made her professional acting debut. She received the part of Tootie on “The Facts of Life,” which would make her a star, in 1979. She played the part until 1988 and appeared in a cameo appearance as the same character on “Diff’rent Strokes.” She had several television film appearances in the early to mid-1980s.

The casting director for “The Facts of Life” was looking for a Caucasian girl to portray Kim’s part. He altered the role to better suit Kim because he was pleased with her performance.

The producers of “The Facts of Life” put Kim on roller skates for the first few days of filming because she was so short and it would be easier to change camera angles. However, the same Kim was passed up for a part in the television series “Diff’rent Strokes” because she was taller than the lad who was supposed to play her lover.
Kim was just nine years old when she portrayed the 12-year-old “Tootie” in “The Facts of Life.”