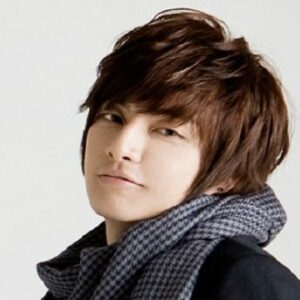 Kim Joon is a well-known South Korean rapper, musician, and actor who catapulted to international prominence because to his role in the hit television series ‘Boys Over Flowers.’ In 2008, he made his onstage debut as a rapper for the boy band T-Max, which catapulted him into the spotlight. Around that time, he received an offer to star in the film ‘Boys Over Flowers,’ which revolutionized his life and catapulted him to national and international stardom. In the series, he played a member of the F4 group, which received critical praise. Apart from acting in the series, he also contributed as a musician to the series’ soundtrack, which was also a big hit. Kim quickly became a national heart-throb with this accomplishment. He subsequently went on to do some variety programs, while continuing to receive offers from the television industry. He went on to star in series including ‘Detectives in Trouble,’ ‘Endless Love,’ and ‘City of the Sun,’ which were both economically and critically successful. He is also a musician, and he frequently composes the soundtracks for the films in which he appears.

Kim Joon was born on February 3, 1984, in Gyeonggi, South Korea. Though he was a shy and quiet child, he had always had creative intuition since he was a child. He remembers his upbringing as being incredibly lonely, with his books and novels providing the only company he had. As a result, sensitivity came into his life at a young age. He was always his teachers’ favorite because of his academic abilities. He aspired to be a writer more than anything else when he was younger. When he was introduced to American rap music, though, he became interested in it and began creating lyrics for his own rap.

He also started writing poems, which made him popular during his senior year in high school. He’s always been an over-thinker, which he claims is one of the key causes for his pessimistic outlook on life and low self-esteem. He claims that he has always lacked self-assurance. Kim, a pessimist by nature, never imagined himself as a musician. Only after meeting industry executives who pushed him to pursue music did he make the leap. It all worked out in the end, and he swiftly joined the band T-Max, with whom he began performing on stage, and his music career was launched.

In 2007, Kim Joon joined the boy band T-Max, which was signed to the 2Step Entertainment company. The band released their first single, ‘Blooming,’ in July 2007, and went on to play the song on several TV music shows. Although the single was only moderately successful, the boys became extremely popular among the youth. The band released their second single, named “LionHeart,” in November after waiting for the proper moment. Typically, South Korean music bands do not continue long because band members often begin acting professions once they get recognized. T-Max had the same experience, and Kim was offered a role in the drama ‘Boys Over Flowers.’ The series was a huge hit, especially among teenagers and young adults, and Kim starred as Song Woo-bin, a flirty young man.

Kim gathered his band members and asked them to collaborate on a tune for the OST of the series “Paradise.” The song was a hit, as was the entire series’ soundtrack, and Kim was on his way to becoming a megastar in the early stages of his career. T-Max went on and recorded a few more tracks, including ‘Say Yes’ and ‘Fight the Bad Feeling.’
Kim also recorded a solo for the soundtrack titled ‘To Empty Out’ in response to popular demand. He promptly wrote and released another song for the series, titled ‘Jun Be OK,’ after being encouraged by the positive response to his single. The show’s stars also starred in the singles’ music videos. After this achievement, he began to contemplate working in more TV programs and variety shows, in addition to keeping himself occupied with his music responsibilities.

In 2010, he elected to star in the reality/variety show ‘Invincible Baseball,’ which is focused on the sport of baseball. Kim’s significant familiarity with the sport came in helpful throughout the show’s filming. Kim was the show’s MVP for several weeks, but it couldn’t gain enough traction to have its runtime extended. His fame grew even more after he appeared in another variety program, ‘Mnet Scandal,’ which centered around a celebrity courting a non-celebrity, according to the show’s theme. Kim’s presence on the show was described as “adorable,” and his fan following grew even more. In March 2010, Kim starred in the low-budget mobile drama series ‘Pygmalion’s Love,’ which was a Japanese-Korean co-production. Because of his reputation in Japan, the series was fairly successful there, and despite some mixed reviews, it managed to attract a decent audience.

T-Max resurfaced in 2010 with its debut studio album, ‘Born to the Max,’ and released two singles from the album to build anticipation among fans. The tracks ‘Don’t be Rude’ and ‘Words that I can Say’ received positive feedback from listeners. The second fiction series in which Kim appeared was ‘Detectives in Trouble.’ Kim portrayed a computer savvy cop in the police procedural crime thriller, which was highly anticipated. Due to his horror of corpses, his character has difficulty effectively investigating his cases. The series received mixed reviews from reviewers and aired for 16 episodes before being cancelled. Kim enrolled in the military for his mandatory service in 2011 and returned in 2013.

In 2014, his growing fame in Japan helped him land a role in the Japanese heist film ‘Lup in the 3rd.’ It was his big screen debut, and the picture was also released in Korea at the same time. However, the picture did not perform well at the box office. In the same year, he starred in another TV series, this time a period drama called ‘Endless Love,’ which was a critical and commercial success both in the United States and abroad. Kim’s most recent television appearance was in the series ‘City of the Sun,’ which was based on a Japanese novel. Kim portrayed an honest worker in a construction company, where he discovers that everyone, from the top to the bottom, is corrupt.

Kim Joon is a nihilist who claims to suffer much as a result of his negative outlook on life. He has a difficult time making friends and maintaining long-term connections with the people he likes. This fact was emphasized by a court case in which he was dragged by one of his ex-girlfriends. Despite his victory, the episode reveals a lot about the tumultuous connections he has with the people he cares about. Although he is officially unmarried, rumors about his affairs continue to circulate.

Kim Joon is one of the wealthiest rappers and one of the most popular. Kim Joon’s net worth is estimated to be $1.5 million, according to Wikipedia, Forbes, and Business Insider.