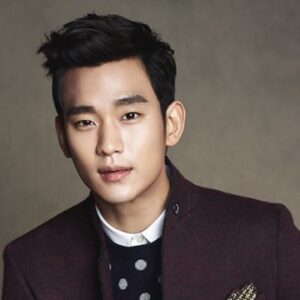 Kim Soo-hyun is a well-known South Korean actor who has been in a number of critically praised Korean films and television programs. His work has earned him countless accolades over the years, including a spot on Forbes Korea’s Power Celebrity list and numerous cinema and television awards for his performances. Kim, who was born and raised in Seoul, was not particularly popular at school; in fact, he was the polar opposite: a shy, timid, low-confidence adolescent who couldn’t even speak to strangers without being anxious. Kim began acting to challenge himself further, and through a stroke of luck and hard work, he found himself working in ‘Kimchi Cheese Smile,’ a 2007 Korean TV sitcom in which he made his acting debut. Kim didn’t give up after being rejected for the popular show ‘Boys over Flowers,’ and continued to audition. He has already directed some of the best Korean films of the last decade, including ‘The Thieves’ and ‘Secretly, Greatly.’ ‘Dream High,’ ‘Moon Embracing the Sun,’ and ‘The Producers’ are among his many successful TV series.

Kim Soo-hyun was born on February 16, 1988, in Seoul, South Korea’s capital, to a little problematic household. His father, who also happened to be a musician, spent the most of his time creating music while disregarding his family. He was the lead singer in the Korean band ‘Seven Dolphins,’ and he abandoned his family when Kim was still too little to comprehend what it meant to grow up without a father.

This had a significant impact on his mind, as Kim became a very shy, uncomfortable, and low self-esteemed child, and his mother was concerned. He struggled to speak up in front of strangers, and this could have been a key flaw that stifled his social development. The mother came to his rescue and enrolled him in theater school, believing that it would provide him exposure to the art of acting, which would help him overcome his phobias of performing in front of a crowd. Kim gradually grew into it, and by the time he was finished, he was already a capable actor and a transformed individual.

He was already a confident person before enrolling in high school, and he did some acting in the school, garnering accolades from everyone. His attractive appearance helped a lot, and many people expected that this boy would become a national darling when he was in high school.He began acting in Korean TV series as soon as he graduated from high school, and in 2009, he enrolled in Chung-Ang University’s Film and Theatre department, where he began modeling part-time to supplement his income.

In 2007, Kim Soo-hyun debuted in a minor role in the sitcom ‘Kimchi Cheese Smile,’ and the following year, his lead role in the drama ‘Jungle Fish,’ cemented his stardom. His modest appearance in ‘Kimchi Cheese Smile’ turned out to be a hit with both the producers and the audience. The show went on to win numerous honors, including the Peabody Award, the Asia-Pacific Broadcasting Union Prize, and the Seoul Drama Festival Award. This was, if anything, a fantastic start for a rising celebrity.

In the same year, he starred in the short film ‘Cherry Blossom’ in a variety show called ‘Delicious Quiz.’ But, unlike other young Korean actors, he was not intent on projecting an image as a lover boy; instead, he wisely chose his acting assignments and participated in an award-winning short film titled ‘Worst Friend,’ and his performance in the TV drama ‘Father’s House’ further reinforced his talent as a brilliant actor.The biggest role of his career, which made him a household celebrity in Korea, came in 2011. In the film ‘Dream High,’ he played a local nobody who subsequently turned out to be a brilliant musician.

The drama not only became a successful show in the United States, but it also gave the cast and crew international recognition. Kim had put in a lot of effort to prepare for the role, and she had also sung two songs for the musical drama series.Kim rose to new heights of recognition with his role as a young King in the critically acclaimed period drama ‘Moon Embracing the Sun’ in 2012. For the part, he earned the Baeksang Art Awards’ best TV actor award. Kim also sang in a number of the series’ songs, and as a result of his fame, he began to receive more and more offers, including more films and sponsorship deals. He acquired 15 endorsement deals and began signing films in the year 2012.

In the same year, his debut feature film, ‘The Thieves,’ was released in theaters, and the robbery thriller went on to become the second most grossing Korean film of all time. His second picture, ‘Secretly, Greatly,’ extended his triumph, becoming one of Korea’s highest grossing films of the year. Kim went on to win the Baeksang Arts Award and the Grandbell Award for his performance.’My Love from the Star’ was released in 2013, with his career reaching new heights with each effort. It was a fantasy romance series that became so popular in South Korea that it sparked new fashion and make-up trends. Kim received the Grand Prize at the 7th Korean Drama Awards. This series of his become immensely popular all around the world.

Kim attended the opening ceremony of the Summer Youth Olympic Games in China in 2014, as well as the opening ceremony of the 2014 Asian Games in Incheon, South Korea.Kim’s career achieved another high point in 2015, when he won another Grand Prize at the Korea Drama Awards, this time for the series ‘The Producers.’ The series was well-received both nationally and domestically, and Kim became a young sensation in neighboring nations.Kim made his acting debut in the dark horror film ‘Real’ in June 2017. Despite the fact that the film has garnered generally unfavorable reviews, it is still performing well at the box office, and Kim’s acting, as always, is being appreciated.

In his spare time, Kim Soo-hyun enjoys traveling and spending time with his mother and family. He also enjoys cooking and claims to have learned the skill from his mother, whom he considers to be the best cook in the world.
Kim’s name has been associated to actress Ahn Sohee, despite the fact that none of his partnerships have been made public to date. There were rumors that the lovely couple could marry because they have been together for a long time.

Kim also enjoys spending hours at a time at bowling alleys in his spare time. He does well enough in a tryout round to be ranked 10th.He is the Korea Tourism Organization’s brand ambassador, the Goodwill Ambassador for Seoul, and the honorary ambassador for Incheon International Airport.

Kim Soo Hyun has a net worth of $110 million this year, according to IBT Singapore. The 33-year-old K-drama star made the most of his fortune through his astronomically high acting salary.Kim Soo Hyun is said to have gotten a large sum of money for his upcoming new drama, One Ordinary Day. According to the news portal, Soo Hyun got 500 million won every episode of his next K-drama That Night.