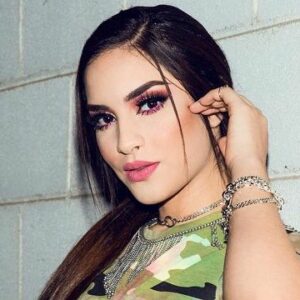 Kimberly Loaiza is a Mexican YouTuber known for her self-titled YouTube channel, where she provides challenges, tags, and tutorials. Loaiza is one of the most popular Mexican faces on the network, with over 14 million subscribers. She is also well-known on Instagram, where she has more than 10 million followers. With her original content, she continues to control numerous social media networks today. In actuality, Loaiza is a very brave and forthright lady who is incredibly hot and stunning. She has an uncanny ability to pique people’s curiosity. She is a true diva and a fashion icon who is idolized by many young women. She is chic and polished to the core. Many Mexican-American YouTubers look up to her and are inspired by her work.

In 2011, Kimberly Loaiza began her social media journey by creating a Twitter account. Her YouTube career began in 2016, considerably later. Her first video was an introduction, then she followed it up with a tag video. Loaiza rose to notoriety after posting a video titled ‘Yoga Challenge / Kimberly Loaiza Ft. Juan de dios Pantoja’ in December 2016. This challenge video, which featured her and her then-boyfriend, went viral in a matter of weeks. Over the years, the video has received millions of views.

With her video ‘Joke to my EX with lyrics (I’m Pregnant) Goes Bad / Kimberly Loaiza,’ the Mexican beauty soared to new heights of stardom. She perpetrated a prank on her then-boyfriend in her vlog. In the months that followed, the video became an enormous hit. She continues to release more of these videos, as well as other humorous content. It didn’t take long for her to become a YouTube sensation. She now has a family of over 14 million subscribers to her YouTube channel.

‘Roast Yourself Challenge- Kimberly Loaiza Ft. JD PANTOJA,’ her most popular video to date, has over 85 million views. Loaiza’s abilities as a singer and actress are showcased in this video. Her performance in the video is incredibly stunning—for her admirers, this is a must-see!

Kimberly Loaiza is also well-known on Instagram, where she has more than ten million followers. She also has a sizable following on Twitter, with over 1.5 million followers on the social media platform.

Kimberly Loaiza was born in Mexico on December 12, 1997. She dated Juan de Dios Pantoja, another online personality, for a period before marrying him in November 2018. She has worked on videos for her channel alongside her spouse on several occasions. The Mexican model is friends with a slew of other social media stars, including YouTube phenomenon Pedro Figueira.

Kimberly Loaiza has a net worth of $8 million.