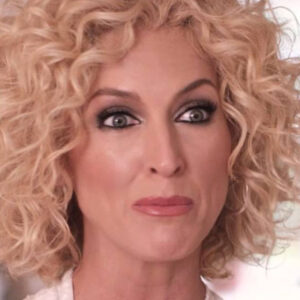 Kimberly Schlapman, a member of the country singing group ‘Little Big Town,’ is also a cook and a lifestyle inspiration to millions of people across the world. This southern belle, who hails from the sunny state of Georgia, has developed into a complex persona who appears to be living the dream life. Kimberly is a founding member of ‘Little Big Town,’ along with Karen Fairchild, a fellow vocalist and close friend. Jimi Westbrook and Phillip Sweet are the band’s other members. Kimberly pursues her two hobbies in life with equal zeal. She is a passionate cook and a published cookbook author. Kimberly has a sizable social media following on Instagram and Twitter, where she shares pieces of her life as a singer, mother, and foodie. Her supporters perceive her as a modest, down-to-earth person who is fiercely loyal to his friends and family.

Kimberly met Karen Fairchild while attending Samford University in Alabama, where she was a member of the school’s renowned a capella ensemble. Following college, the two buddies relocated to Nashville, Tennessee, in the hopes of pursuing solo careers as singers. Kimberly worked as a waitress in between auditions for record labels during that time. In the late 1990s, Kimberly and Karen formed the duo ‘Little Big Town.’ They were eventually joined by Jimi Westbrook and Philip Sweet, the latter of whom suggested the band’s name.

Little Big Town earned their first major recording contract with Mercury Records in 1999, however throughout that period they were unable to release any singles or albums. After being dropped by the company, they signed with Sony Music’s Monument Records in 2002. Soon after, they published their debut album, from which the singles “Don’t Waste My Time” and “Everything Changes” rose to the top of the charts. After a few more singles and music albums, the band began to gain the traction that they desired. Kimberly contributed her vocals as a soprano to the band’s characteristic harmony style singing.

Kimberly has already worked with other singing legends such as Alicia Keys and Taylor Swift as part of the band. In the 58th Annual Grammy Awards, her album ‘Pain Killer’ and the single ‘Girl Crush’ were nominated for best album and best song in the country music category, respectively. For ‘Girl Crush,’ she and the rest of the group won the prize for best country group song. The group previously won a Grammy for their hit ‘Pontoon’ in 2013.

Kimberly is a major food aficionado who aired her own show, ‘Kimberly’s Simply Southern,’ on the Great American Country channel in September of 2012. The show was a sensation, and viewers fell in love with her southern charm right away. ‘OH GUSSIE! Cooking and Visiting in Kimberly’s Southern Kitchen’ was her first cookbook, which she finally published. Kimberly’s book has been featured on major television shows such as The Today Show and Dr. Oz.

What is it about Kimberly that makes her so unique?

Kimberly is the ideal mix of raw talent, pleasant and friendly demeanor, and girl-next-door good looks. She is a fiercely loyal friend and family member. Despite significant personal traumas, she has remained resilient and hopeful in the face of adversity. She had put in a lot of effort into her music and had persevered through many ups and downs until she achieved success. ‘Little Big Town’ has weathered the test of time in an era where music acts are formed and disbanded every few seconds. Kimberly deserves some credit for the achievement.

Kimberly Schlapman was born in Cornelia, Georgia, on October 15, 1969. She and her husband Stephen Schlapman, whom she married in 2006, currently reside in Nashville, Tennessee. Daisy Pearl is the couple’s biological daughter, and in January 2017, they adopted Dolly Grace, a baby girl.

Kimberly Rhoades, a native of Georgia, was previously married to Steven Rhoades, who died of a heart attack in 2005. She met her current spouse soon after the tragic incident and, despite all odds, fell in love again. She hopes to be an excellent role model for her girls. Kimberly named her adopted daughter Dolly after Dolly Parton, a famous singer who she claims is one of her influences.

She has a net worth of $2.5 million as a result of her hard work. Her Instagram income per post is around $1,000 USD.