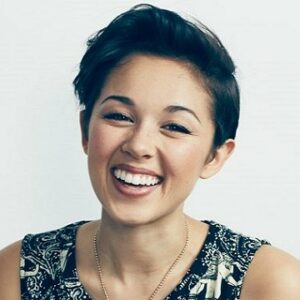 Kina Kasuya Grannis is an acoustic pop singer and songwriter from the United States with over a million YouTube fans. She is well known for her romantic songs and duets, which combine aspects of love and longing to produce captivating melodies that captivate listeners. She rose to prominence as a vocalist after winning the ‘Doritos Crash the Super Bowl’ song competition in 2008, which is a dream competition for any budding singer. She began her career as a Super Bowl champion and worked hard to establish herself as a successful singer, eventually becoming a YouTube singing sensation in just a few years. Her albums ‘Stairwells’ (2010) and ‘Elements’ (2014) received a lot of positive feedback from fans all over the world.

The Career of Kina

Kina Grannis used to write songs and practice by herself when she was little. She began learning guitar on her own at the age of fifteen. She was very hesitant to share her love of music with others.

Her skill began to be recognized while she was a student at the University of Southern California (USC). Her university’s Thornton School of Music selected her to write a six-song Extended Play (EP). In 2005, it was released. In her teens, she also sang in pubs and coffee shops.

She began uploading videos to YouTube in 2006, and in 2008, she competed in Frito-Doritos Lay’s Crash the Super Bowl campaign, in which she won an online singing competition.

She performed a 60-second segment of her original song ‘Message From Your Heart,’ which was seen by 100 million people and garnered the most votes, allowing her to turn the tables on the competition.

She received a $10,000 cash reward as well as the chance to sign a deal with the prestigious recording label Interscope Geffen A&M Records.

However, she believed that the contract’s conditions were restricting her ability to work as a composer and artist. As a result, she walked away from the contract at the start of 2009.

Her current album, ‘Stairwells,’ was self-released in 2010 and charted on the Billboard 200. Sirius/XM CoffeeHouse named her the 2010 Singer-Songwriter Discovery of the Year.

MTV O Music named her the ‘Best Web-Born’ vocalist in 2011. With her single ‘World in Front of Me’ as the theme song, she traveled on a music tour through Canada, portions of Europe, and Southeast Asia in April 2011.

Later that year, she embarked on another world tour, this time visiting Europe, Australia, Asia, and North America in support of her music video ‘In Your Arms,’ which was released in November 2011.

Kina Grannis was born in Mission Viejo, Orange County, California, on August 4, 1985. Her ancestors are half-Japanese and half-European. Trish, her mother, is a professional graphic designer who is Japanese. Gordon, her father, is a chiropractor who works throughout Europe.

Misa and Emi are her younger sisters. Kina, unlike most other young girls her age, enjoyed gathering insects, snakes, and lizards from the bushes outside her Orange County home. She adores animals and has two snakes as pets to this day.

She went to Viejo Elementary School and Capistrano Valley High School for her education. She studied at the University of South California in 2003 and earned a bachelor’s degree in Social Science with a concentration in Psychology in 2007.

Jesse Epstein, her singer and songwriter husband, had been dating her since high school. In August of 2013, they married.

Kina later used footage from her wedding to honor her first wedding anniversary in her music video ‘My Dear.’ Jesse and Kina go on tour together and perform stage shows; they also sing in a lot of music videos together.

Kina Grannis has a net worth of $3 million as an American singer, songwriter, musician, and YouTube personality.