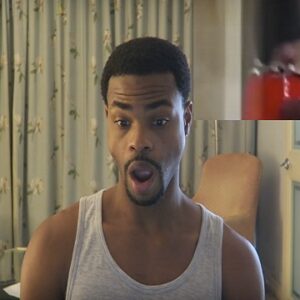 Andrew Bachelor, better known online as “King Bach,” is a Vine prince known for his bizarre 6-second comedic routines that have helped him gain over 16 million Vine followers. He made it evident that “He takes his newfound profession extremely seriously” by having Justin Bieber, Keke, and Tyga make special appearances in some of his videos. In addition to becoming a Vine star, Andrew makes humorous YouTube videos, and advertisements, and has appeared in a number of films, which has helped him build a devoted fan following of millions of people in such a short period of time. He currently has so many active projects that he must decline the majority of requests for sponsored Vine videos!
He also maintains an active presence on his Bachelors Pad TV YouTube channel, which has more than a million subscribers. In keeping with the themes of his other channels, he writes his own parodies of movies and sketches comedies. His internet video output is contributed to by other websites, including FSU News.
He has been in well-known TV programs like “My Pyramid” and “Burn Notice.” On the MTV channel’s “Wild ‘N Out” and Showtime’s “House of Lies,” he usually stars alongside Nick Cannon. He frequently shoots for his film series while he is not on social media. He’s currently shooting for the Adult Swim Channel’s TV show “Black Jesus.” At the moment, he collaborates with UTA, Underground, and CPA Ingrid Bachelor of Bachelor & Associates.

In his early days, Andrew was introduced to the Vine channel by Brittany Furlan, aka “the Queen of Vine.” On April 19, 2013, he put his first Vine video online. Since then, he has consistently produced Vine videos, amassing the biggest number of followers on the platform (16.1 million) and 6 billion loops overall.

He assumed control of Vine in March 2015. He acknowledged in one of his interviews that he had once considered deleting his most popular Vine account but afterward changed his mind. It was a wise choice because it allowed him to rapidly increase his Vine fame. Because of his fame, he began performing with UTA. Later on, he began to make appearances in TV series, and his breakout roles came in “The Mindy Project” and the parody film “Fifty Shades of Black.” He appeared as a guest host on BET’s Punk’d and took on a fictional version of himself in the 2015 film “We Are Your Friends.”

Why Is King Bach So Unique?

The cool and endearing nature of King Bach is distinctive. He has a calm attitude while portraying an energetic persona in his Vine videos. He is a comedian. He enjoys portraying cartoonish characters and employs the stage persona of “King Bach” for his Vine videos to connect with the audience. His videos are hysterically humorous and incredibly engaging. His impressive acrobatics and backflips are only a few examples.

He knows how to play his strong suit. To increase his fan base, he has collaborated with Brittany Furlan and other well-known figures. They have been working as a comedy team since Brittany assisted him in beginning his Vine career.

Being as smart as he is, he was able to decode the entire plot of Vines to his little, 6-second skit, which let him grasp the spirit of the film. It was a very clever approach. He is a talented actor and comedian in addition to being a generous philanthropist. He and his sister Christina jointly own the “RuJohn” foundation. This charity provides food, basic necessities, school materials, and tuition to poor children living in Jamaica and America in order to assist and save them. During the holiday season, it also offers free meals and gifts to families who are less fortunate.

Past Fame of King Bach

Andrew probably never would have imagined that he would travel that far! He turned to act to satisfy his cravings after building a lucrative online profession. He founded his own production firm so he could star in, direct, and/or produce his own short films because of his passion for action. In September 2011, NBC’s Dateline featured Bach’s creation “Agent Steele.”

To make his YouTube videos more amusing, he floated the notion of making a sketch comedy series. Lamore Morris, Robert Richard, Neil Brown Jr., Tamala Jones, and a host of other stars were among the personalities he had previously invited to appear as guests on his TV station. The renowned YouTubers Alphacat, DeStorm Power, Kain Carter, Comedy Shaq, and Glozell will work with him to successfully build it further. We’ll be seeing more of this guy on television in the near future. He has begun filming his role as a doctor in “The Mindy Project.”

Although Andrew has a prosperous career, his personal life is progressing slowly. He is not in a committed relationship right now and is single. He had previously been dating Liana Valenzuela, a well-known actress turned model, singer, dancer, and well-known Vine personality. They split up after a brief affair that lasted only a short while.

Andrew comes from a conservative Christian household in the Caribbean. His parents are both Jamaican-born accountants. He was born in Toronto, but when he was two years old, his family moved to West Palm Beach, Florida.

He attended Coral Springs Charter School for middle and high school and was a bright and active student there. He enrolled at Florida State University on a sports scholarship after graduating. He pursued a degree in business management in college. He excelled in the high jump during his time in college, routinely placing among the top 15 jumpers in the NCCA. His 7 feet 2.5-inch jump is among his lifetime bests.

He joined the Phi Beta Sigma fraternity while in college. In order to understand the fundamentals of acting, he then enrolled in a graduate program at the New York Film Academy. He had to drop out of college sadly since he decided to move to Los Angeles in quest of greater opportunities, but it was a smart move as seen by his increasing fame.

His life has been, to put it briefly, rather tumultuous since his undergraduate days. We adore him just as he is!

A Canadian-born actor, comedian, and internet sensation with a $3 million fortune, King Bach. In June 1988, King Bach was born in Toronto, Ontario, Canada. He gained notoriety for having the highest number of followers on the social app Vine. His real name is Andrew Bachelor, but he went online under the nickname King Bach and played a boisterous persona. He played Trayvon on the TV show Black Jesus from 2014 to 2015. He also had a recurrent part as Dr. T.J. Gigak on The Mindy Project during those same years. King Bach played Sam Parker in the television series Resident Advisors in 2015. In addition, he has been in a number of films, such as We Are Your Friends, Meet the Blacks, Grow House, The Babysitter, Where’s the Money, and others. In 2017, King Bach co-starred in the television series Dead House, which he also created, directed, and executive produced. In 2017, he served as executive producer of the movie Where’s the Money. Three Streamy Awards have been nominated for King Bach.

King Bach is a talented athlete and a sports aficionado. He received a scholarship at Florida State University thanks to his passion for sports.

Bach is a multitalented individual who enjoys acting, producing, and directing. He has appeared in numerous feature films, television shows, and short films.

For every 100,000 followers, he charges about $1,000 for a single sponsored Vine video.
The producing firm he owns is called Bach Enterprises.