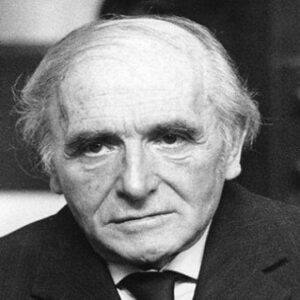 Nikolaus “Klaus” Barbie was a Nazi leader known for his atrocities against French prisoners of war during WWII. Barbie was born in Godesberg, Germany, and joined the Nazi forces in his early twenties. His father was a veteran of the First World War, having been captured by the French. Klaus grew up witnessing his father’s abuse as he returned an angry, bitter, and wounded man. Barbie afterwards joined the Hitler Youth and joined the Sicherheitsdienst, the Nazi intelligence wing, shortly after. He was posted to Amsterdam, Netherlands, after Nazi forces conquered Western Europe. He was quickly sent to Lyon, France, and elevated to Gestapo Chief. He exploited this power to torture and execute thousands of French prisoners, earning the moniker “Butcher of Lyon” in the process. Barbie was engaged by the US intelligence services in their anti-Marxist activities despite his bad reputation. It is also said that it was with his assistance that Argentine Marxist revolutionary Che Guevara was apprehended. Barbie was tried for his crimes against humanity after being apprehended by the French government years later. He was given a life sentence for his crimes. However, he died of cancer after only four years in prison.

Nikolaus ‘Klaus’ Barbie was born on October 25, 1913, in Godesberg, Germany. His ancestors came from the Merzig area, which was close to the French border.

His father, Nikolaus, also served in the First World War and was taken by the French. He also sustained a serious neck injury. Despite the fact that he returned home alive, the war’s events had a terrible impact on him. As a result, he spent the rest of his life angry and resentful. He became an alcoholic and assaulted his children as a result of his drinking.

Klaus attended the local school where his father was a teacher until he was ten years old. Later, he went to a boarding school in Trier. In 1925, the entire family relocated to Trier.
His younger brother died of a persistent disease a few years later, in 1933. His father also died in the same year.

As a Nazi leader

Klaus Barbie’s academic goals were sidetracked when his father died. As a result, he chose to join the Nazi Reichsarbeitsdienst. Soon after, he took an interest in Nazi philosophy, and at the age of 22, he joined the Sicherheitsdienst, the Nazi army’s intelligence organization.
He served in the Netherlands for a period after German forces conquered Western Europe during World War II. He was quickly sent to Lyon, France, where he was also appointed to Gestapo Chief.
He aggressively encouraged the torture and execution of French detainees during this time. In addition to ordering the killing of Jean Moulin, a well-known French resistance leader, Klaus Barbie is accused of deporting 44 Jewish children and their teachers to the Auschwitz extermination camp. He was quickly dubbed the “Butcher of Lyon.”
He is thought to have been directly responsible for up to 14,000 deaths. In appreciation of his successful campaign against the French Resistance, as well as the capture of Jean Moulin, he was given the Iron Cross First Class by Adolf Hitler, the Nazi party’s leader, in 1943.

Klaus Barbie was apprehended by American officials following the end of World War II and the death of Adolf Hitler. However, they recognized him as a valuable asset to their anti-Communist activities, and he was recruited by the US Army’s Counterintelligence Corps.
He proved to be a valuable asset to the US Army, and he is credited with assisting the CIA in the 1967 capture of Che Guevara, the legendary Marxist leader and revolutionary.
The French, on the other hand, quickly learned that he was in the hands of the Americans. They pleaded with John J McCloy, the US High Commissioner for Germany at the time, to hand over Klaus Barbie to the French. McCloy, on the other hand, declined and instead assisted Barbie in escaping to Bolivia.
Barbie established herself as a successful businesswoman in Bolivia under the name “Klaus Altmann.” He lived in peace for several years before being apprehended by Nazi hunters in 1972.

Around 14,000 people are thought to have died as a result of Klaus Barbie’s actions. He was known for torturing French prisoners by electrocuting them, sexually abusing them, skinning them alive, and torturing them with vicious dogs before killing them horribly. His heinous crimes earned him the moniker “Butcher of Lyon.”

Verges, his defense counsel, used the trial to bring up all of France’s previous war crimes. Barbie’s acts, he contended, were no worse than theirs and those of other colonialists around the world. Verges was successful in having some of Barbie’s charges dropped. Barbie remained silent in his defense. He did say, though, that when he stood before God after his death, he would be found innocent.

Barbie was finally sentenced to life in prison for his crimes against humanity on July 4, 1987. He died in prison four years later, on September 23, 1991, after suffering from cancer of the blood, spine, and prostate. He was 77 years old at the time.

Regina Margaretta Willms, the daughter of a postal clerk, married Klaus Barbie. Klaus-Georg Altmann was their son, and Ute Messner was their daughter.